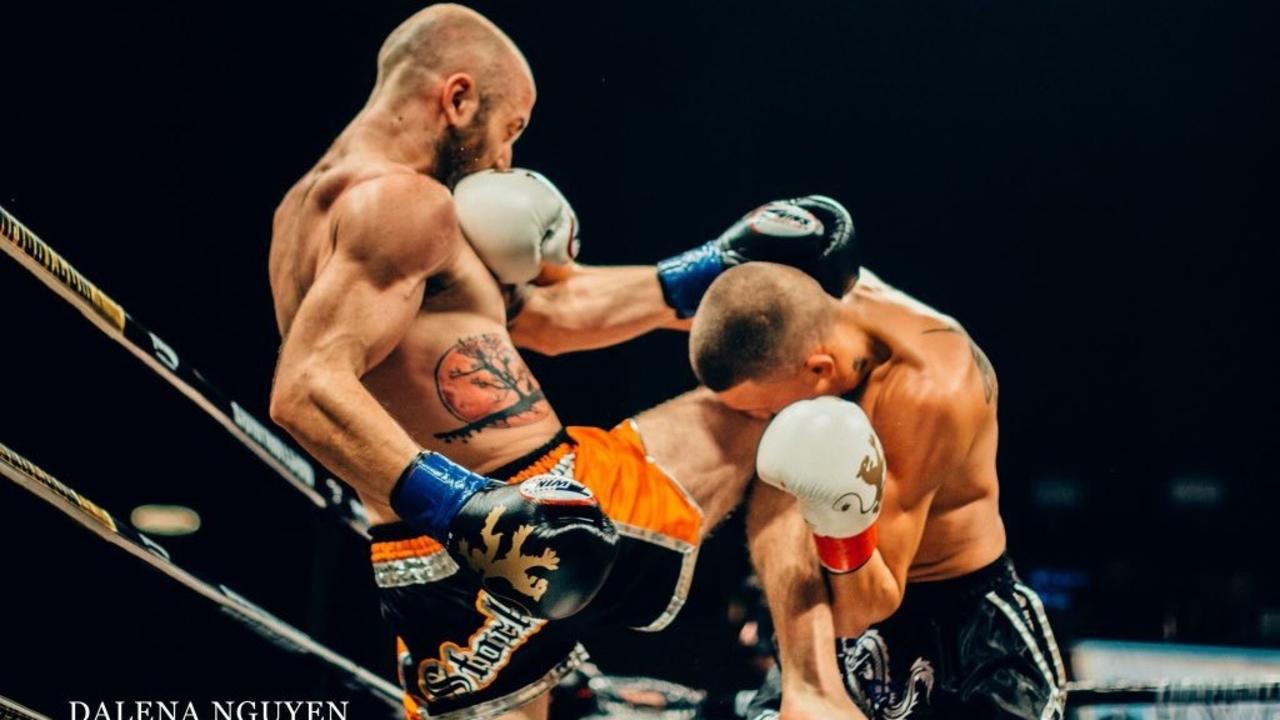 It can be your best friend or your worst enemy… and I’m guessing you want to be friends with your clinch game right?

When it comes to learning the intricacies of the clinch game it can get a bit overwhelming. There are basically an infinite number of clinch knees, elbows, sweeps, defensive moves and off-balance techniques that you have to be aware of to be proficient when battling on the inside.

So, in order to help you add more variety to your and embrace the clinch game I want to share you some of the best Muay Thai clinch techniques that you should consider adding to your skill set.

First I want to show you a couple effective clinch knee techniques that you can utilize to land a flush knee either to your opponents body or head. The first video below is by UK Muay Thai champ, Damien Trainor of K-Star Legacy Gym who demonstrates a useful off-balancing technique followed by a knee. The second video (which is apart of my complete clinch course) isn’t necessarily a “clinch” knee, but it’s still an essential technique to learn if you want to land some brutal spear knees to your opponents sternum.

The knee is obviously a devastating strike if landed with power and accuracy, but so are elbows!

Muay Thai elbows inside the clinch can lead to fight-ending cuts or even some of the most spectacular knockouts you’ll ever see. If you’re looking to add some deadly elbow techniques to your arsenal of attacks, then the following two videos are exactly what you need.

The first video tutorial is a killer inside elbow technique demonstrated by Muay Thai champion Mathias Gallo Cassarino of 7 Muay Thai Gym. Mathias has used this elbow technique in a number of his fights (as you’ll see in the videos) so it’s effectiveness can’t be questioned

The second technique tutorial is a dangerous spear elbow attack that can slice your opponents face up shown by former USMTA champ Chris Clodfelter of Eight Points Muay Thai. Both of the Muay Thai clinch techniques in the videos are great additions to any Nak Muay’s fight game!

Clinch Elbow Technique | Slashing Elbow from the Inside

And lastly, we can’t forget about the Muay Thai sweeps from inside the clinch!

Being able to show dominance over your opponent by constantly slamming them on their backs is going to score you some majorpoint. On top of that, you’ll also be hurting them, tiring them out (from picking themselves up) and demoralizing them… which is a perfect mixture when trying to win a fight.

The next two videos are two of my favorite Muay Thai clinch sweep techniques that I personally use during my sparring sessions and fights. The first one is from my Clinch King video course and is by far my most effective technique when inside the clinch. The second video is a clinch drill demonstrated by former WKA champ Chris Romulo of CROM Physical Culture. This drill will not only help you sweep your opponent, but also defend certain techniques inside the clinch as well… check em out!

If you enjoyed these clinch videos and want to continue learning more techniques, sweeps, knees and elbows from the inside position, then make sure my Clinch King video course for a complete breakdown on the inside game.

There are NEW Muay Thai videos released on my Youtube channel every week! Make sure to keep checking back and subscribe to my channel for updates on new Muay Thai techniques, workouts, drills and combos!

If you want more in-depth technique tutorials, video breakdowns, training tips and more, then you gotta check out NakMuayNation.com.