This Is How To Silence Your Inner Critic 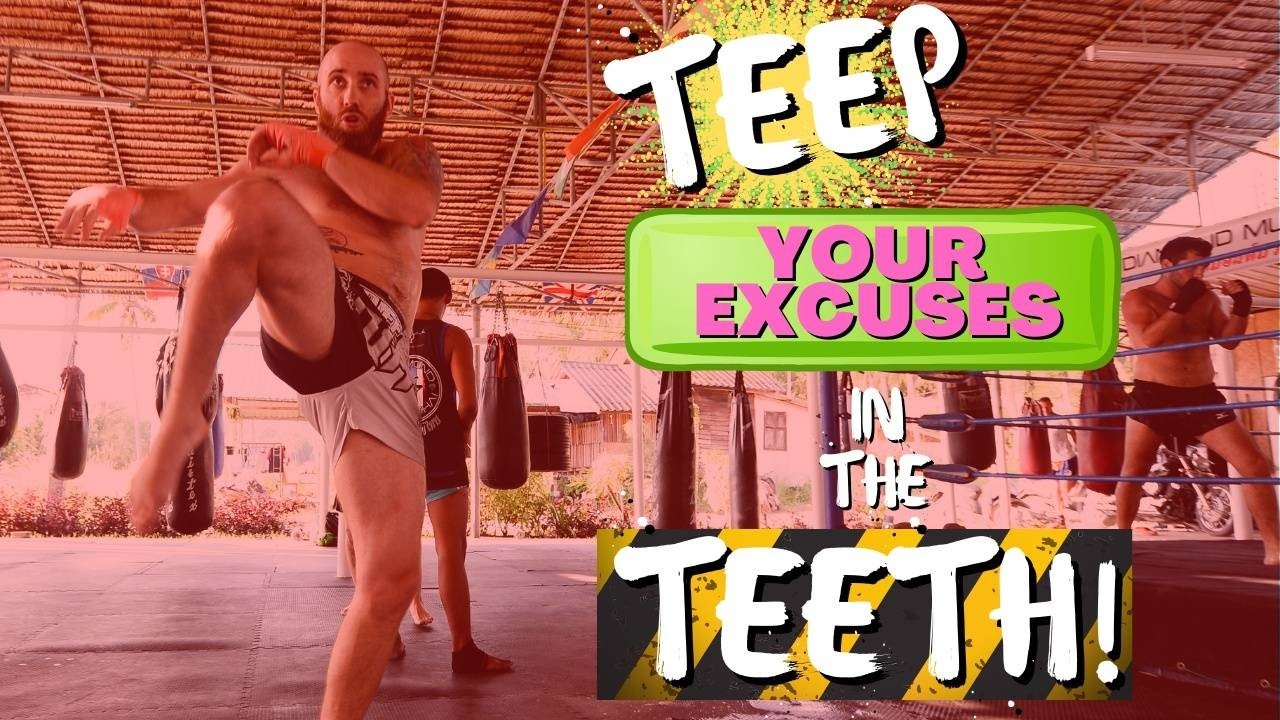 We've all been there. You're training at the gym or practicing on your heavy bag in the garage. Even as you were gloving up, you promised yourself you were about to have a next-level workout and, for the most part, you’ve been killing it.

Then out of nowhere, that negative voice shows up in your head with all the bravado of your drunk Uncle Herb at a family reunion. “You’re going to be so sore tomorrow if you keep this up,” it says. “Throw in the towel and let’s go eat some chips,” it says.

Before you know it, you're concentrating more on whether or not it has a point than on your workout. That voice and its countless excuses belong to something I’ve come to call your “inner critic.”

The bad news is that we all have an inner critic that’s constantly out to keep us from achieving our goals. The good news is that it’s totally possible to stop it from hijacking your training sessions.

In fact, the ability to overcome mental resistance is a huge part of what separates an average fighter from an excellent fighter. While Muay Thai is definitely about physical endurance on one level, it also requires an underlying mental strength that’s all too often overlooked.

DON'T Let These 5 Excuses Stop You From Training Muay Thai 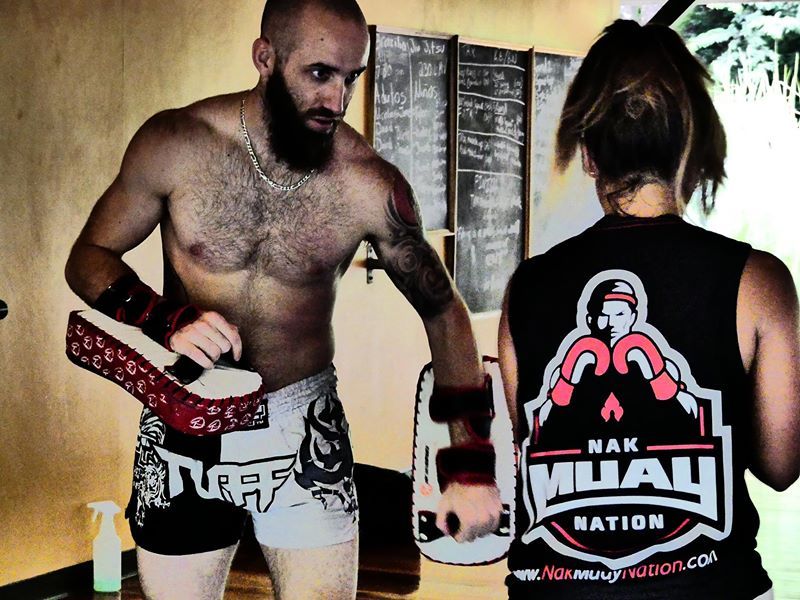 Muay Thai and other combat sports are often praised for their ability to strengthen not just the body, but the mind and spirit as well. But what exactly does that mean?

It goes back to the fact that every single training session is actually a sparring session. Yep, even (and sometimes especially) if you're training alone.

Whether you’re in the ring against another fighter or shadowboxing alone in the park, you can pretty much guarantee that your inner critic is going to show up and challenge you to throw down.

Usually, it starts by flooding your mind with claims that your body is far less capable than it actually is. It doesn’t take long before your body starts to intercept and believe those messages.

Before you know it, even your spirit is feeling the weight of all that negativity and your enthusiasm starts to drain. Suddenly, that pre-workout resolution doesn’t sound like such a brilliant idea anymore.

One thing leads to another and you ultimately find yourself walking off the mats wondering what happened. The short answer is usually that your inner critic happened. It challenged you to a fight and had you down before you knew the match had even begun.

So how do you fight back? The first step is all about awareness. Because, as any fighter can tell you, the hardest opponent to fight is one you don’t know.

Call Out Your Inner Critic

One of the quickest ways to beat your inner critic is to realize that it’s not the only voice hanging out in your head. Think about the last time you pushed through resistance, whether it was in the middle of a fight or a tough workout.

Your critic was doubtless there, telling you all the reasons you should stop immediately and go become an accountant instead. What made you go on anyway? Probably the fact that you subconsciously chose to listen to a more positive part of yourself.

Think of it like two different radios, both playing different messages at the same time. More often than not, the inside of any fighter’s mind looks more like a constant flow of opposing instincts rather than a single train of thought.

On one radio, your inner critic is issuing the most negative public service announcement ever. The second you start to raise your heart rate. it tells you that this exercise is a heart attack begging to happen. That bead of sweat? A sure sign of impending dehydration. Oh, and in its professional opinion, that soreness in your legs is a blatant indication that something is probably broken.

Why? Because your comfort zone is your critic’s domain and it gets very upset when you try to leave it. It’s all about short-term comfort rather than long-term goals and tends to express its opinions as loudly as possible. But the next time you notice it, don’t just take it at its word.

If you listen closely, you’ll likely find that there’s a very different message playing from your second metaphorical radio. Its message is that you’re perfectly capable of doing exactly what you set out to do.

That’s the voice of your “spirit,” that part of you that wants to cartwheel kick like Saenchai and get abs like Wonder Woman or Batman. While its voice is sometimes drowned out by your critic, you’ll be surprised at how much you can turn up its volume simply by making a conscious choice to focus on it.

Each time you do, your spirit’s voice will grow a little louder.

If you discover that your inner critic holds an alarming amount of power over you, you’re not alone. It's what keeps the vast majority of people from ever even stepping on the mats in the first place, even if they’d love to.

So, what do you do during those workouts when your critic’s voice gets extra loud?

If you can’t ignore it, at least remind yourself that there’s no need to take it so seriously. One crazy but fun way to achieve this is to create a mental picture of your critic.

What would that neurotic, little voice look like if it was a person? Personally, I picture mine as looking a lot like Lady Bracknell from The Importance of Being Earnest. I even named that bitch Olga.

Maybe yours looks a spoiled little rich kid throwing a tantrum right in the middle of Target? Or like a mall security guard who takes himself way to seriously?

Cast your critic in whatever image feels the most ridiculous to you. That way, when it shows up mid-workout to insist that you’re skirting the edge of death, you can remind yourself to take its antics with a grain of salt.

It will also make it easier for you to challenge it on the days when it becomes particularly insistent. 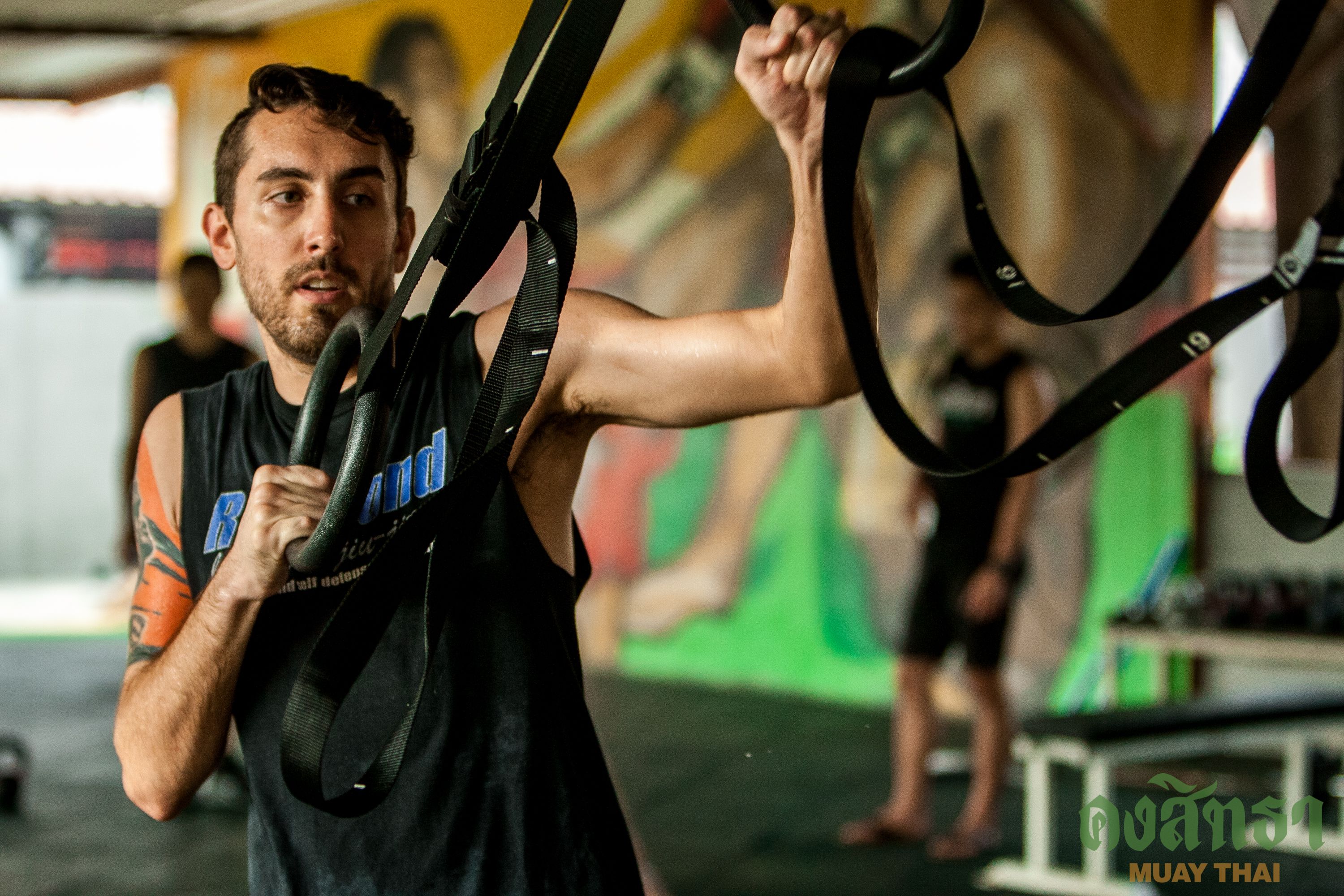 Though few of us admit or even realize it, we’re all constantly talking to ourselves. It’s time to get mindful about your average inner dialogue.

Unfortunately, the average fighter’s inner conversation tends to go something like this:

Inner Critic: "OMG - every muscle in your body is tired AF! Stop this madness this instant!"

To the surprise of no one, this sort of inner dialogue does not tend to bode well when it comes to long term health and fitness goals. But when you learn to challenge your critic, your inner dialogue will start to shift to something more along these lines:

Excellent Fighter: "Really, Karen? Our legs are just sore which means the workout is working."

Inner Critic: "MY GODS, WHAT HAVE WE WROUGHT?! THE END IS NEIGH. WE BROUGHT THIS CURSE UPON OURSELVESSSSSSSssss.s.s.s.s.s...."

Excellent Fighter: "I admit: I am a little tired. But I also have goals I want to achieve and they are going to involve pushing myself. Short-term comfort isn’t worth long-term regret."

See what Excellent Fighter did there? By challenging her inner, she was able to prove that it did not deserve her attention. The more you have this kind of inner dialogue with yourself, the more instinctive it will become.

Ultimately, it will begin to happen at a subconscious level and take about a fraction of a second. But in the beginning, take as much time as you need to mindfully teep your critic back into the shadows where it belongs.

One of the main reasons so many people are afraid to take on their critic is that they believe that it’s the only thing standing between them and impending doom. What they don’t consider, however, is that the critic’s brand of resistance usually relies on tricking you into mistaking discomfort for dangerous levels of pain.

To make matters even trickier, sometimes there can be a finer line between discomfort and pain than others. This is especially true for those of us who practice combat sports.

But learning to recognize that line and just how far you can safely venture across it is just as important a skill as developing the perfect roundhouse.

The truth is that if you ever go up against another fighter or even push past your limits during a solid workout, some level of pain will probably be part of deal. There may even come a time when you validly need to stop during a fight, sparring match, or training session.

How do you know whether you’ve reached that point of if you’re just falling prey to resistance? In general, the key is to make a habit of letting your body, rather than your critic, make the call.

Whereas your critic will insist you stop the second you take that first kick to the calf, your body is a little more level headed. It’s incredibly adept at recognizing the difference between discomfort and pain, and between short-term pain and pain that signifies that your long-term health is actually in danger.

To prove and illustrate this point, a group of scientists once got a bunch of cyclists together in a lab. They told the cyclists to pedal their hearts out until they were literally so exhausted that they couldn’t possibly pull off so much as another pedal.

When each cyclist reached that point, they scientists said, “Okay, now pedal for just five more seconds.” As it turned out, every single one of them could pull it off.

The point here being that the human body is capable of a great deal more than the mind thinks it is.

So, the next time you think you’ve reached your breaking point, make sure your body agrees before you quit. If you’ve been injured to the point that going on could potentially cause legit damage, your body will let you know that you should definitely stop.

But if you’re just experiencing normal levels of discomfort, your body will let you know that too. It may even surprise you with its ability to push past what you thought were your limits.

Now that you’re armed with some fun new critic busting techniques, get out there land your inner Olga a solid elbow to the nose.