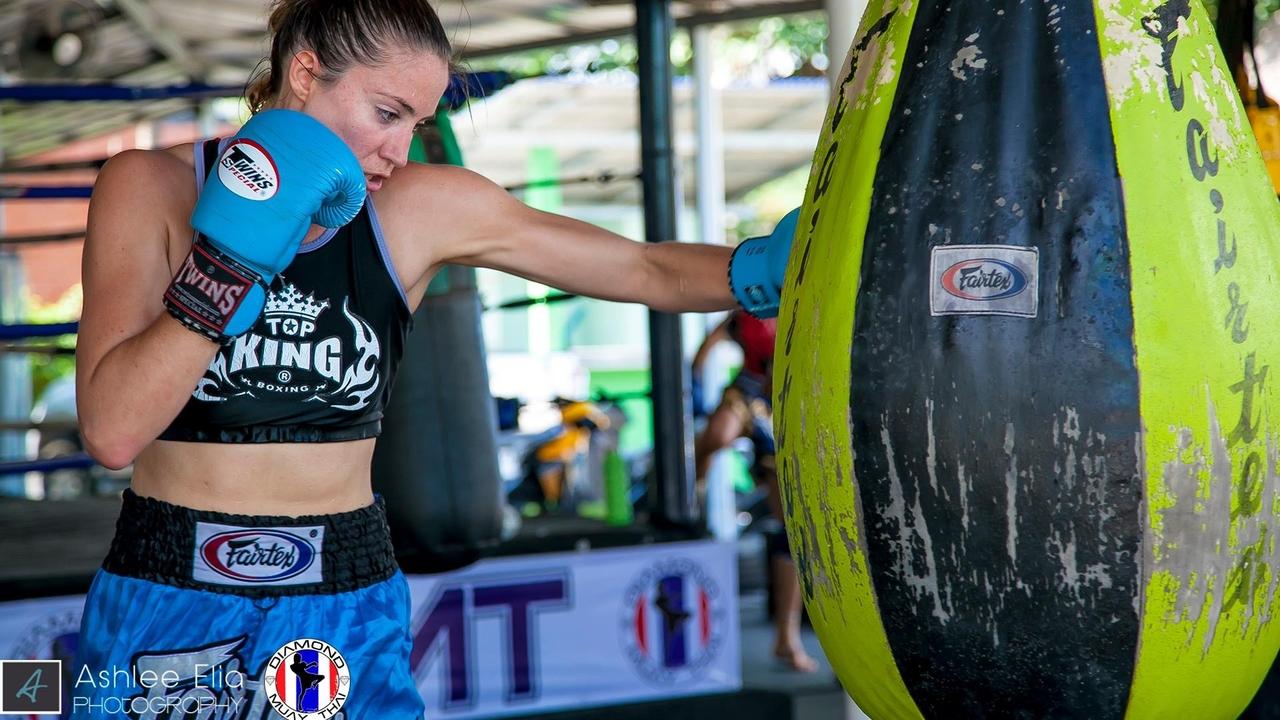 If you’re anything like me, you’ll wander over to the heavy bag at the gym, hit it for a period of about 30 seconds, throw a couple kicks and knees… then wander for a bit more, talk to some people, and then go back to it.

If you’ve done that exact thing, then your problem is clear: you haven’t got a clear structure in mind for the heavy bag. That’s why today I’ve got a brilliant routine that’ll sharpen up all of your skills.

First, you want to hone your quickest and most basic tools.

For this first drill, you really want to focus on your distancing. When you’re further away from the bag, working your punches is key. Jabs and straights are the best to keep your opponent off you. However, when you find yourself falling closer to the bag, you’ll want to switch up and start throwing hooks and elbows.

Something that will make you especially slick is if you’re able to mix elbow strikes into your boxing combinations. That’s what makes fighters like Nathan Corbett so deadly, and it’ll do the same for you if you work it.

Try these combinations on your bag during this round:

Go about your round as normal, punching the bag and then throw in one of these combinations and try to work it as fluidly as you can.

Now it’s time to bring your knees and kicks in.  You can use whatever strikes you want, but this round is about practicing your teep kick.

Start the round with a teep to the bag and push that sucker away. Once the bag is on the way back, hit it with a combination; it doesn’t matter which combination, just pick one you want to work and make sure you end that combination with a teep.

Once you’ve teeped the bag away, drill your knee into its bulk, followed by a round kick. Then teep it away again.

It will be awkward if you’re just starting out, but before long you’ll be teeping with ease. Once again, the pattern is:

After you’ve had your minute’s rest and water, it’s time to get back in there and start throwing some heavy low kicks.

This round will be about covering your low kicks and throwing multiple variants of low kicks. Again, you want to be doing your round like normal but this time work in one of these four combinations.

This round is all about flow, since body kicks are pretty hard to pull off if you’re a beginner. Even if you’re advanced, there’s nothing wrong with trying to make your transitions from punching to kicking more fluidly.

In this round, rather than being at the end of the combination, your body kick will be the middle technique. This means you have to be able to throw one off of a punch, but also recover from the technique well enough that you can immediately throw another strike. To be able to punch off of a kick is excellent, as I discussed in my interview with Lucien Carbin.

By this point in the fight, you’re both tired and it’s becoming harder to maintain distance. You’re finding yourself hanging off each other a lot more and needing to resort to close range tactics.

For this round, you will be pretty close to the bag, focusing on throwing close range tactics like short hooks, elbows and knees. When you want to throw a long-range technique, you need to push the bag away from you and use that short span of time to use your technique. You want to throw everything as hard as you can during this round.

This is the final round so we need to really push and make it as intense as possible.

You want to throw every strike as fast as you can and as hard as you can. However, we’re not going to get lazy here and only throw a few: I want you to set a goal of at least 100 strikes for the final round and try your best to hit that target. That will give keep you as active as possible for that last round.

Trying a round like this a few times a week is definitely going to elevate your Muay Thai skills and keep you focused on the bag. If you’re feeling especially brave, you can even add a seventh round where you focus on southpaw, or even go up to twelve rounds if you’re especially fit. Give it a go and leave us a comment saying how the workout went for you.