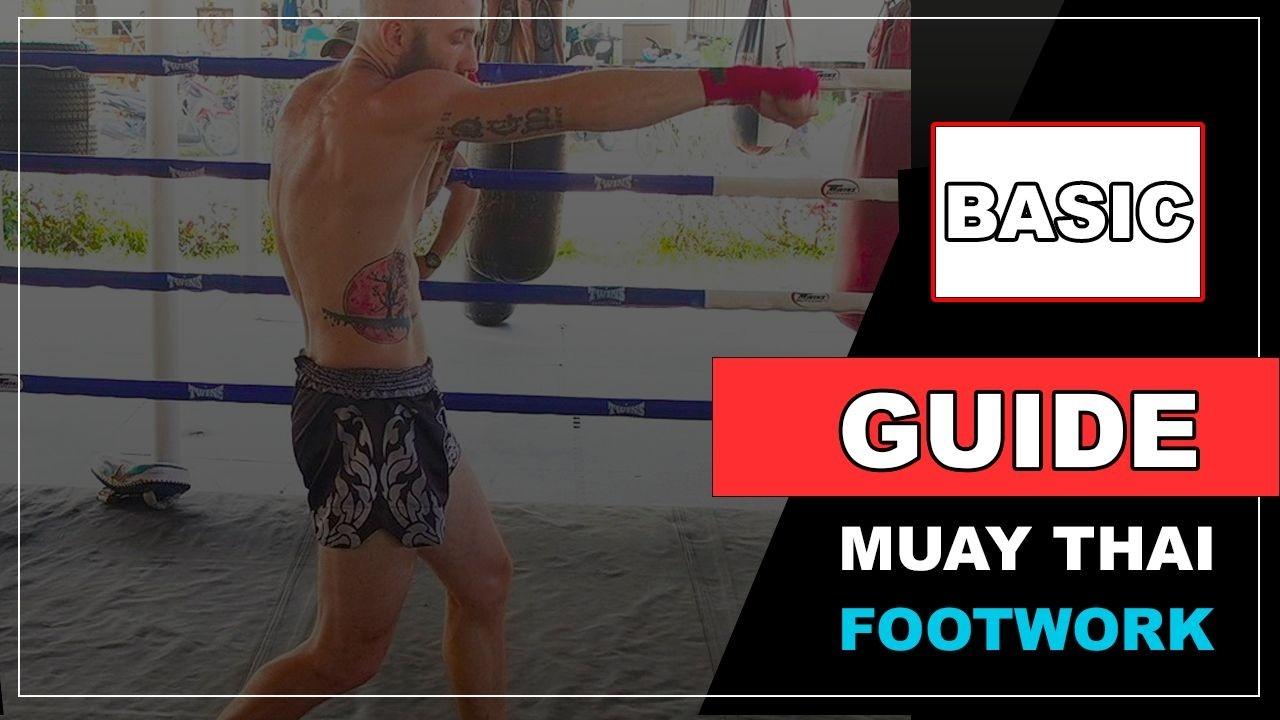 The classic image that most casual observers have of Muay Thai is two combatants standing right in front of the other and trading power shots.

Footwork is more associated with Western boxing than it is with Muay Thai. That is a misconception that needs to be corrected.

Those in the know understand what footwork means to "the Art of Eight Limbs." Make no mistake about it, footwork is just as essential in Muay Thai.

The right footwork is useful in both offense and defense. To be a real and effective nak muay, you need to be able to do both effectively.

It gets you to the right spot so you can throw your strikes effectively by using angles that will let you befuddle and even dominate your opponent. The aim is to get dominant angles that will make the fight easier.

Having proper footwork also allows you to escape and evade the strikes of your opponent. And with eight opposing limbs to worry about, you definitely want to get out of the way.

So how do you get the point where you can move around the ring effortlessly? What’s the secret to make you seem to glide across the canvas and around your foe? 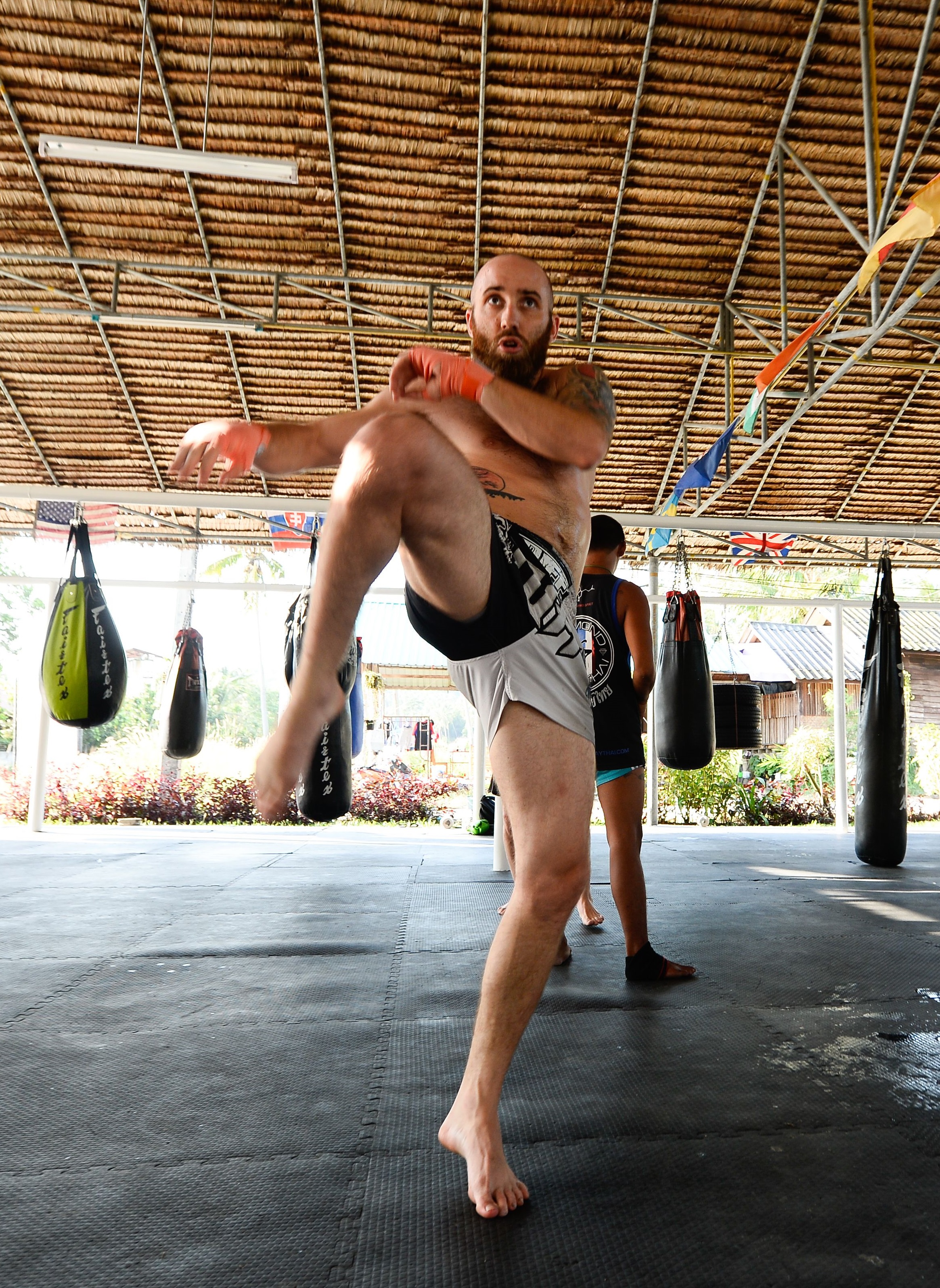 The real key to start your journey with mastering Muay Thai footwork is balance. You hear about it so often in Muay Thai because it is one of the secrets of success in the sport.

A nak muay at the highest level is capable of achieving near-perfect balance with all of his or her movements inside the ring. Not only achieve but maintain throughout a fight. Not an easy thing to do given that strikes will constantly be coming your way.

So, you need to practice maintaining your balance no matter what your opponent does. Being perfectly balanced needs to be second nature to you.

Practice moving in all directions. Going forward, backward, to the left, and to the right.

Repetition is inevitable and essential in the process of mastering footwork. Performing the basic task of moving around the ring seems like it should be relegated only to beginner's "to-do" lists, but that is a fatally arrogant perspective.

The drills are repetitive and can sometimes seem boring, but it is necessary to achieve a level of expertise that will make ring movement as natural as breathing to you. 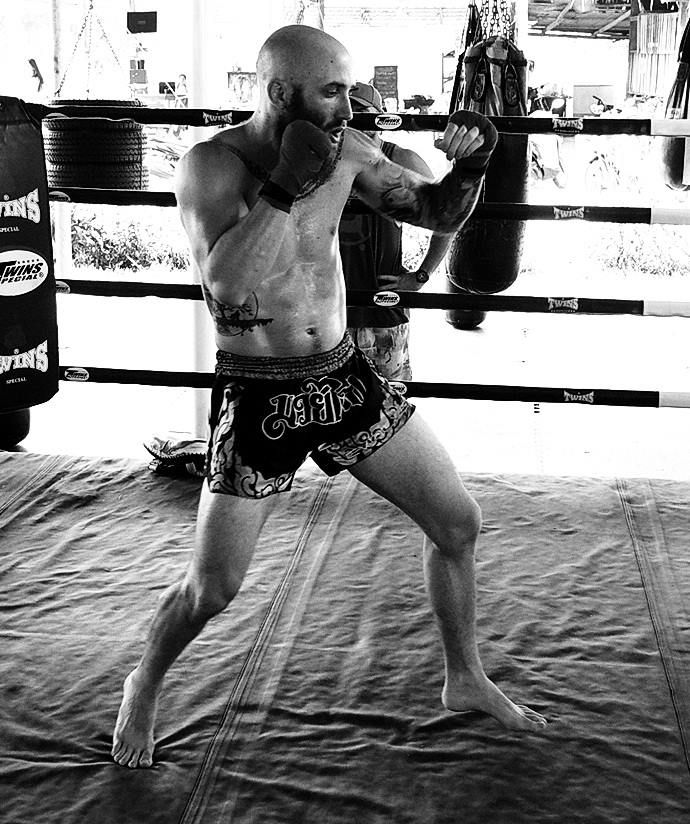 Eventually, you will need to incorporate your footwork with your strikes. This is necessary so you can combine those two elements of Muay Thai. You must blend them as seamlessly as you can.

The best way for you to do this is through shadow boxing. When you shadow box, you are not going to remain idle. In order for it to be effective in any way, you need to move.

Shadow boxing allows you to assess how much you have improved with your footwork, especially when you do it in front of a mirror. You are able to see your mistakes better and make the necessary corrections.

Move along with your imaginary opponent and react to the imaginary strikes coming at you. You can defend and counter, and you could also evade the attacks using your footwork.

Through shadow boxing, you are able to refine your movements in real time.

Let’s talk about some basic footwork drills. Consider these drills to be the fundamental building blocks of your in-ring movement. You can use this basic drill for both sparring and actual Muay Thai fights.

As we mentioned above, balance is one of the main components of achieving great footwork. We are going to have to add a strong stance to that.

A strong and grounded stance will not leave you susceptible to being knocked down or off balanced. Practice the basic drills repeatedly until you can execute them without thinking.

The following are the step-by-step directions for the basic drill:

Step 1: Start by making sure that you are in the proper Muay Thai stance.

Step 2: Move your lead foot forward. Your rear foot should follow closely behind.

Step 3: Each time you step with your lead foot, your rear foot needs to match it.

Step 4: Try to move forward by 5 steps. Your rear foot should follow closely.

Step 5: Now move towards the left 5 steps and with your rear foot following closely.

Step 6: Then move to the right 5 steps. Again, with your rear foot following.

Step 7: Lastly, move back 5 steps. This time, with your front foot following.

Basic footwork is one of the foundations of Muay Thai. It does not matter whether you are a fighter or you are only practicing it for fitness reasons. You’ll need footwork to be comfortable while moving and hitting.

Incorporate footwork drills into your Muay Thai and start floating and flowing on top of the ring while stinging opponents!