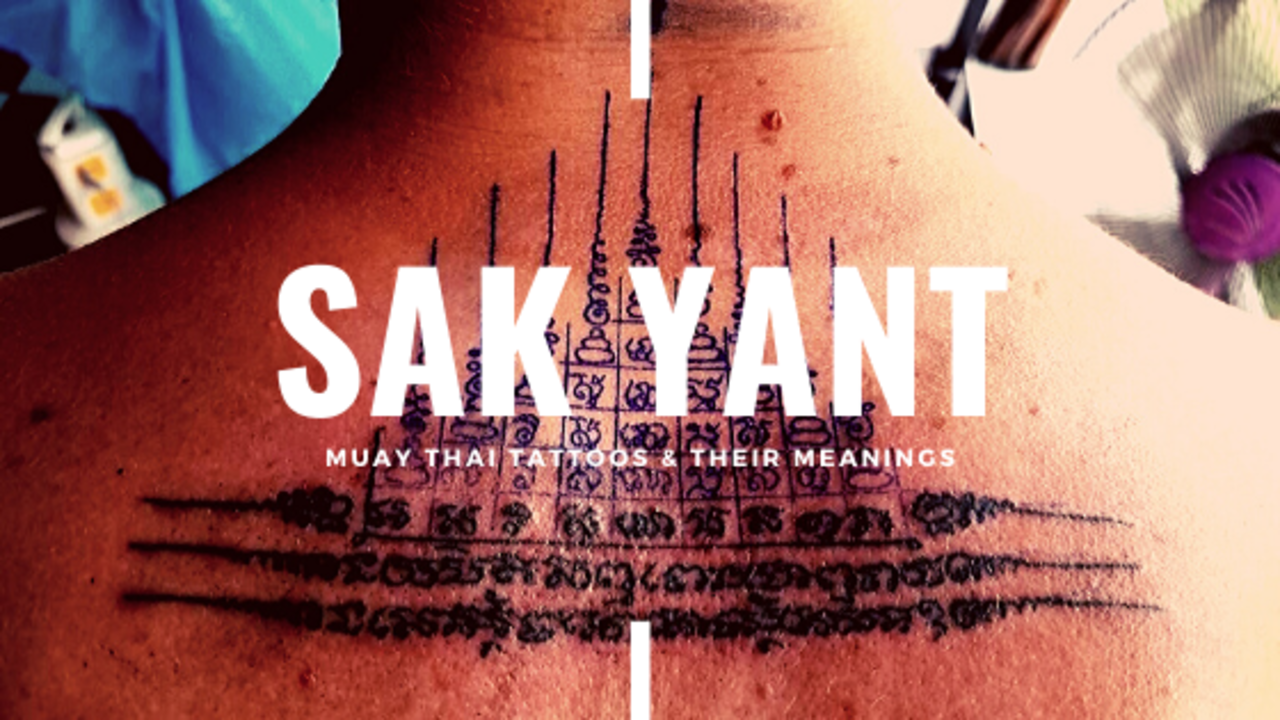 One of the more popular of the sak yant Thai tattoos is the Hah Taew, or 5 sacred lines.

Each of the 5 lines can carry different sacred meanings depending on the variation of the asian tattoo art.

Typically the lines will help bestow the receiver with success in all aspects of life, charm, loving kindness, good luck and protection from evil spirits. 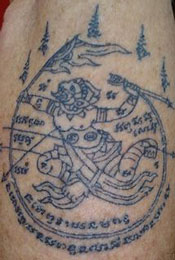 One of the most popular tattoos among Muay Thai fighters is Hanuman.

The belief is that the bearer will gain the benefits of bravery and courage.

Hanuman is worshiped by many people as a symbol of strength, perseverance, and devotion.

Usually tattooed at the nape of the neck, the 9 spires is a geometric design that represents the 9 sacred peaks of  Mt.  Meru and also contains symbolism of the Buddha with the 3 ovals one above another.

The bearer of the sak yant tattoo of 9 Gao Yord is blessed with protection from evil spirits and good luck. 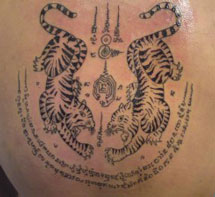 The tiger symbolizes strength and power… nothing gets in the way of the Tiger due to its fearlessness and   strength.

Not only will it help bring strength, power and fearlessness to its bearer, but it will also help drive away evil spirits too. 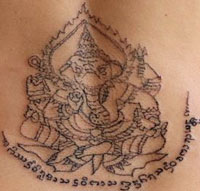 You’ve probably seen Ganesh before, he’s the Hindu god with an elephant head.

His popularity is due to his ability to remove obstacles and because he is known as the Lord of Beginnings and therefore chosen by people who are beginning a new chapter to their life.