FAQs to Getting a Sak Yant Tattoo in Thailand 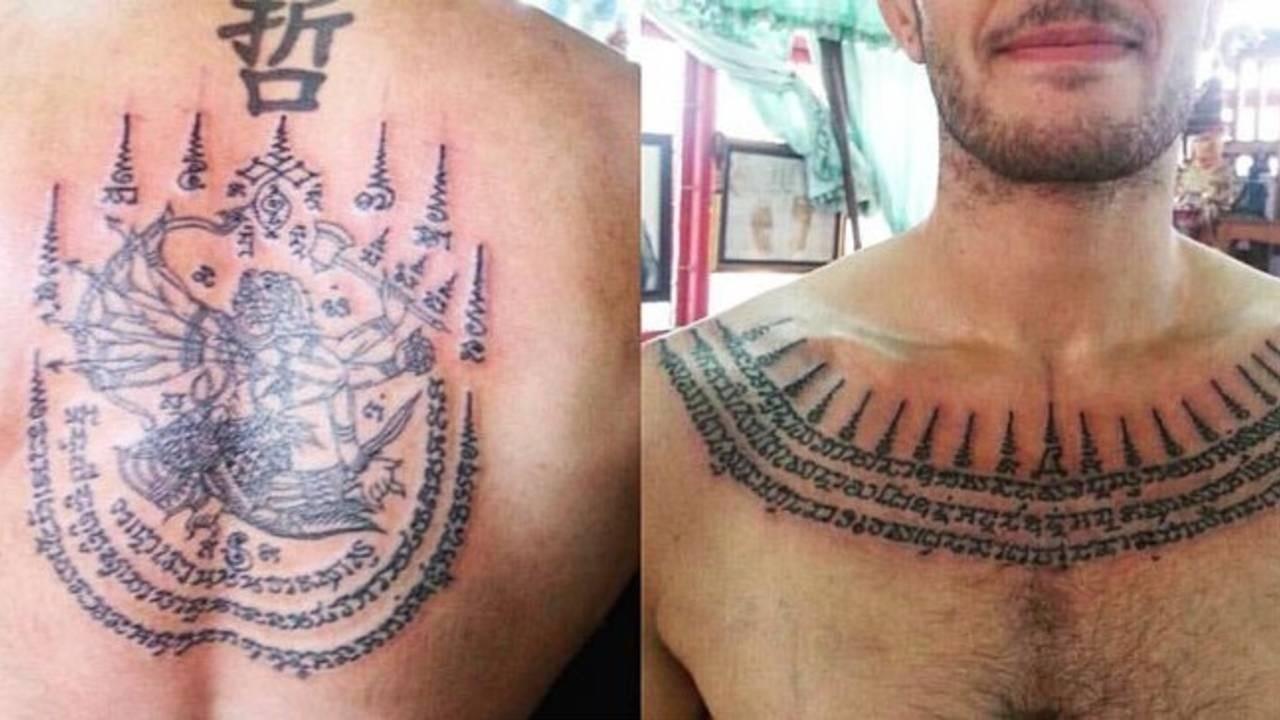 What Is A Sak Yant Tattoo?

And How Do I Get One in Thailand?

Sak yant are traditional Thai tattoos. Literally meaning “tattoo yantra”, they are believed to be magical and give the bearer protection, strength, good fortune, and more, depending on the yantra received.

Sak yant is extremely popular in the Muay Thai community, namely in those that have visited Thailand. With geometric shapes and depictions of animals and gods, sak yant is as beautiful as it is painful to receive.

Sak yant are done by monks or arjan who have studied the art for a very long time (are also usually long time ex-monks). Monks are not allowed to make profit off doing the tattoos, as part of their code, so going to a temple to get it done is always donation-based. One of the most popular temples to get sak yant done is Wat Bang Phra.

If you go to a temple, be sure to dress appropriately by covering your legs and shoulders, and never touch the monk, especially if you are a woman. Do kneel before the monk as the monk is of a higher social status that you are.

An arjan on the other hand, is allowed to make profit off doing the tattoos. There are a handful of famed sak yant artists that are well-known and people from all over the world go to them to get their sak yant done. Sometimes an arjan will be donation based, but, more often, will charged per piece.

As a foreigner, you might be quoted extremely high prices. If you like the work they do, hey, it’s your money and do what you want. But do keep in mind that there are plenty of arjan that will not rip you off just because you are not Thai and can do the same quality or even better work.

Always do your research beforehand and ask about the pricing before you get tattooed. It’s extremely easy to get this information through Google and sending a few messages or phone calls. You will most likely flip through a book of photos or drawings once you get there then then choose the one you want.

What are some things I should know about Sak Yant tattoos? 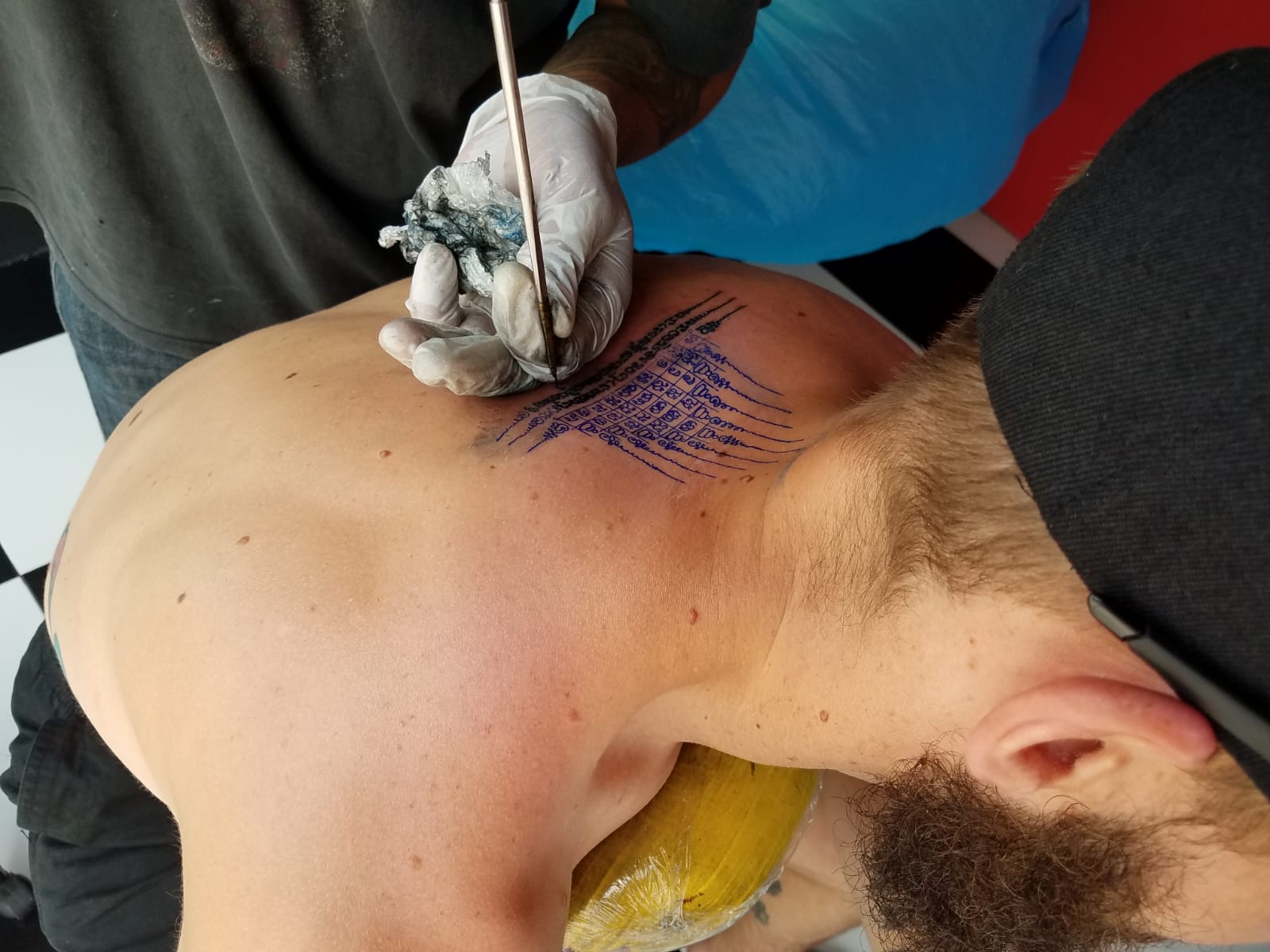 No matter if you decide to go to a monk or arjan, keep in mind of the basic rules of etiquette as well as basic tattoo hygiene. ALWAYS request a new needle and new batch of ink. Some places do not change the needle and you are at risk for a whole load of diseases if you get tattooed with a used needle or have your new needle dipped in tainted ink.

Do wai by putting your hands together. Because a monk and arjan are both highly respected, your wai should be higher up on your face. Never point the bottom of your feet towards the monk or arjan or any of their religious statues. The safest thing to do is to cross your legs on top of each other when sitting down on the floor. If you have to assume another position to get the sak yant done, be mindful of where your feet are pointing towards.

How much does it hurt? How long before I can train again?

A common question asked is how painful getting a sak yant is, and the answer varies from person to person and location on the body (the bonier parts such as your chest and ribcage will hurt more than your arm or leg).

For some, it is extremely painful, and for others, it doesn’t hurt much at all. Regardless of how painful it is, what is remarkable about getting sak yant is the short amount of time it takes to get tattooed as well as the short healing time. Usually, one is able to train again after a day or two with no adverse effects, whereas with a gun, you are often told to lay off working out for about a week.

How is the sak yant done?

If I’m not in Thailand can I give the design to a regular tattoo guy and do it that way?

ALWAYS get sak yant with a stick!

This is the traditional way to do things and no authentic arjan and never a monk will EVER tattoo sak yant on someone with an electric tattoo gun.**

They have studied for years upon years to learn the art of performing these tattoos as well as the meaning and magic behind them. Sometimes the metal needle rods are passed down from arjan  to arjan. Enchantations are given and some of the power lies in the inscriptions in the tattoo.

Those who tattoo with a gun are NOT versed in the art, cannot bless them nor know how to bless them, and it is commonly believed that getting/giving yantra tattoos with a gun brings BAD LUCK! Do be patient and wait to do it while you’re in Thailand.

If you’re going to do it, do it right. Sak yant are not just a piece of art but have deep meaning behind them.  Respect the culture and don’t water it down just because of selfish reasons ( ie. you can’t afford to go to Thailand or if you’re scared of the pain).

**As a side note, there are a few people trained in the art that opt to use a gun instead of a needle, but this is not common as it is not traditional, and power is believed to lie within the act of manual tattooing as well as the inscriptions. 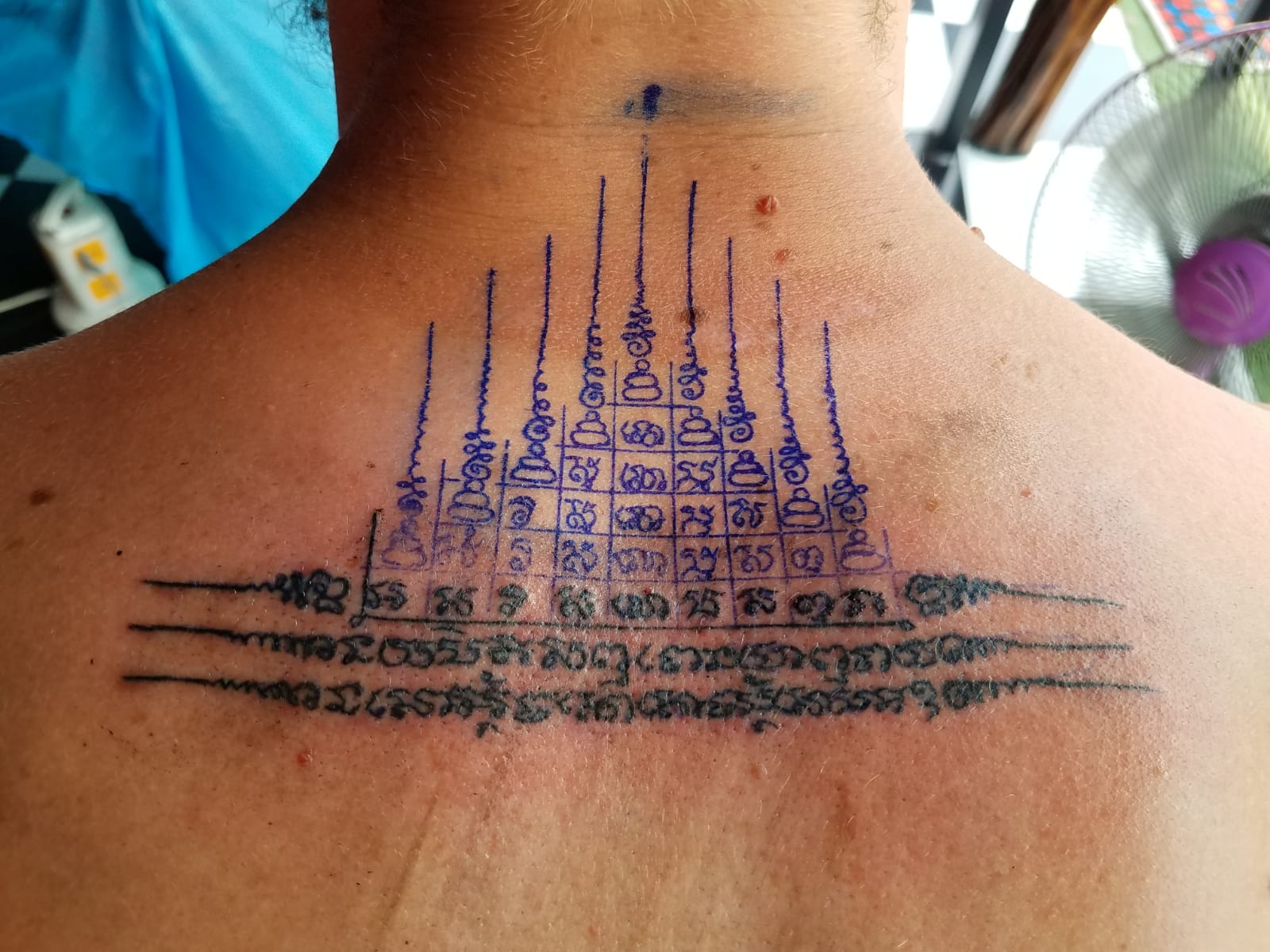 Are there any rules I have to live by after getting sak yant?

How do I care for a fresh sak yant?

Like with a regular tattoo, you have to keep it moisturized. Coconut oil works great and is perfect considering its wide availability in Thailand.