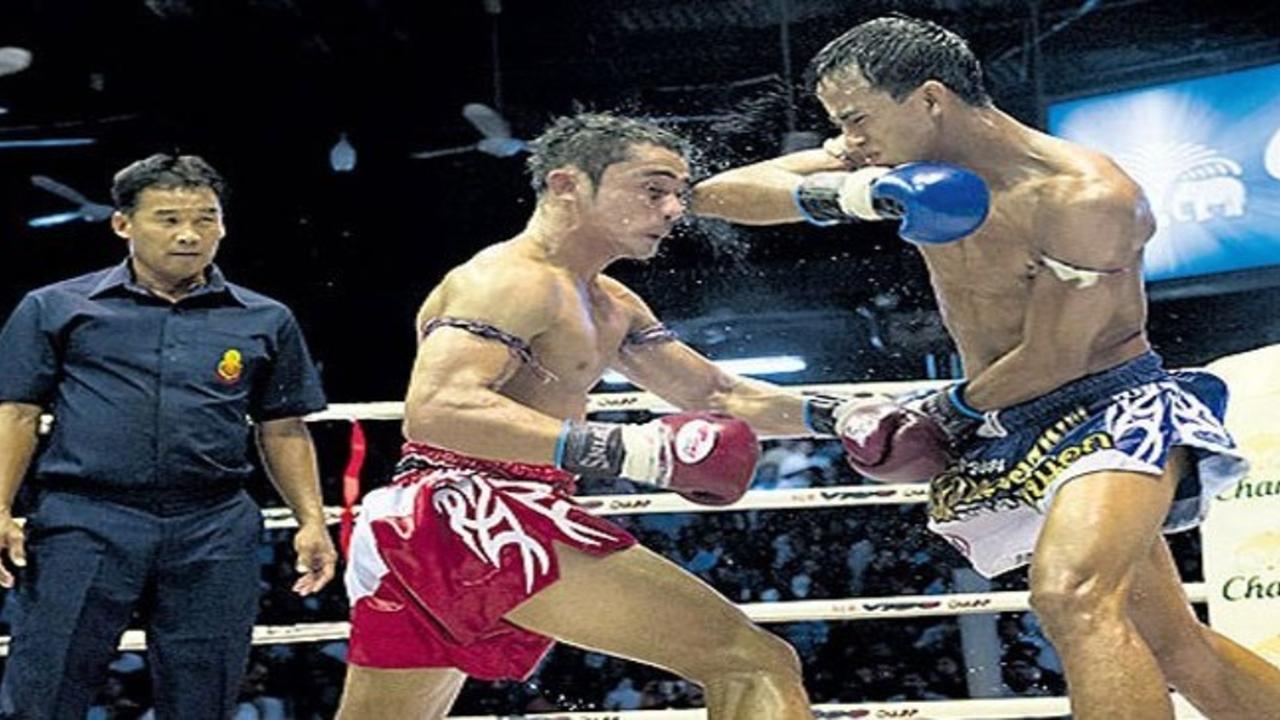 There isn’t a much cooler feeling than landing a clean elbow strike in a fight, but on the other hand, being hit or cut with an elbow is not cool at all.

There are also elbow strikes you can use from the outside like the spinning back elbow, which is SICK if you land it!

Even if you don’t fight with elbows (in a modified rules bout or a kickboxing fight), it’s good to still practice them and know them for when you are allowed to throw them. Below I’ve come up with a bunch of the best muay thai elbow strikes and technique videos to check out. Give them a look and start to implement them into your training!

In this technique video Sean Hinds and a former opponent of mine, Joey Hernandez, show us 4 basic muay thai elbow strikes. It’s a good break down of the basis hook/horizontal elbow, uppercut elbow, downward/spiking elbow and the spinning back elbow.

Elbows are some of the most VICIOUS strikes you can land in Muay Thai or MMA. You can cut up your opponent to finish a fight OR you can knock them out cold with a brutal elbow KO to the chin.

Pro Muay Thai fighter Chris Mauceri has knocked out a number of his opponents with elbow combinations like the ones he shows in this video. Give these Muay Thai combos and techniques a try and add them to your striking attack!

How To Set Up The Spear Elbow KO

Of our 8 limbs, the elbows possess the shortest range. This makes them one of the most difficult strikes to land.

However, pro fighter Black Tiger of Khongsittha gym uses a neat deception where he skips forward, faking a knee to the body. This is a perfect technique to get your opponent to react and place themselves in an ideal posture for you to move in and slice with your dagger.

Muay Thai elbow techniques are some of the deadliest weapons in all the martial arts. Learn how to use these 4 deadly elbow KO techniques inside the clinch to cut up your opponent and knock them out unconscious!

It doesn't get much more brutal than seeing a killer spinning elbow knockout. This deadly Muay Thai technique is a very dangerous weapon if used properly. Learn how to throw the spinning elbow with correct techniques from UK Champ Damien Trainor.