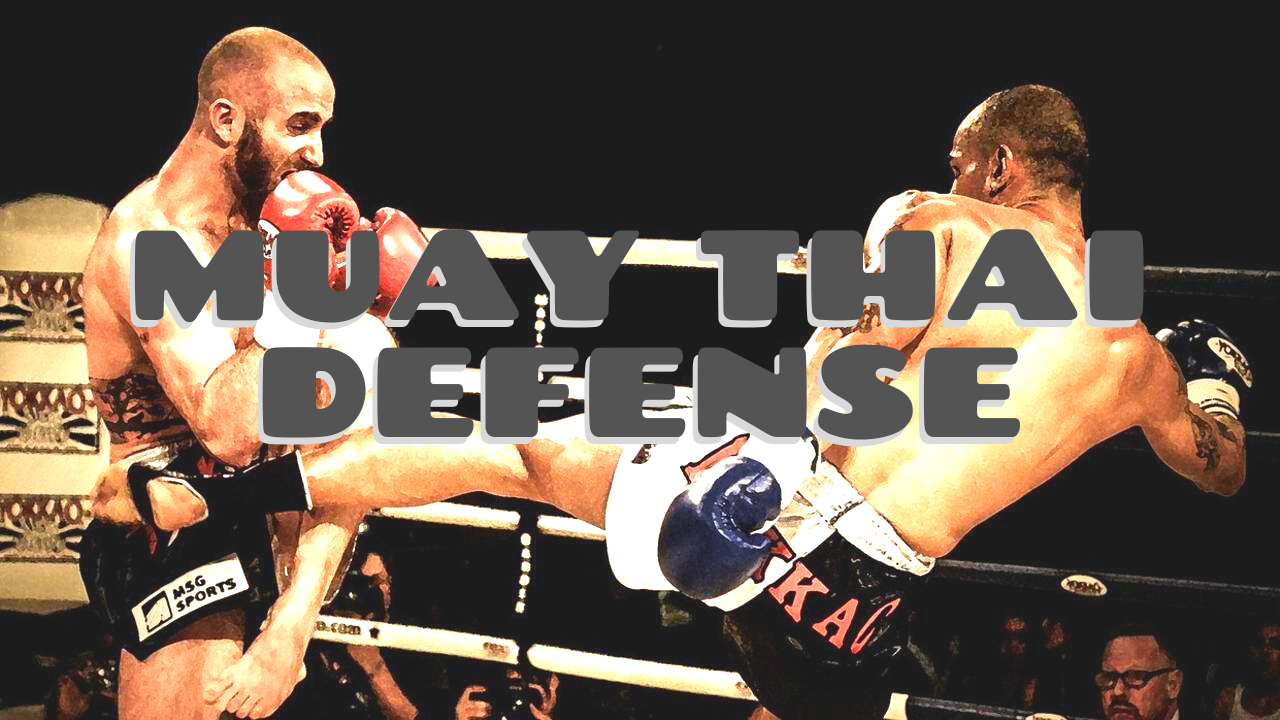 "NO DEFENSE, NO MUAY THAI!"

Having a solid defense is super important as a Muay Thai fighter, but, you already knew that...

Learning defensive techniques for Muay Thai like how to check a kick, parry punches or counter your opponent's kicks, are essential skills to have in order to be a dominate force in the ring.

If you are unable to defend yourself chances are you'll end up with more bumps, bruises and injuries than the intelligent, technical fighters who focus more on being elusive and having unbreakable defense.

To be honest, if I were to start my Muay Thai journey over again, DEFENSE would be the main thing I would focus on. When the first half of my career, my defense was mostly just blocking punches with my face... and it’s not as fun as it sounds.

The defensive Muay Thai technique videos below demonstrate some of the basic moves and techniques that are CRUCIAL to any fighters repertoire. Perfecting fundamental techniques like these can mean the difference between winning a fight and getting seriously hurt.

How To Check A Muay Thai Kick

There are a few different versions and philosophies when it comes to checking a kick for Muay Thai. Here we have two pro fighters, Paul Banasiak and Chris Mauceri of Nak Muay Nation breaking down the basics to checking a leg or body kick:

How To Avoid A Kick And Counter

Checking kicks is a good defensive technique to use, but if you can avoid taking any kind of damage at all and return with a counter, why not do that instead?

How To Catch and Counter a Kick

If you can't check or evade a kick, then catching it is always a good option... especially because there are some sweet counters you can use!

And to see a live action catch and counter from one of my fights, check out the breakdown below:

How To Use The Long Guard To Defend Against Punches

More often than not, you'll see fighters use the typical "shell" defense when blocking punches. However, in Muay Thai, you'll see top fighters like Buakaw utilize the long guard defensive shell which allow you to keep your distance while also looking for openings to counter your opponent with!

You can also use the "Dracula Guard" which was popularized by Golden Era fighters like Dieselnoi. Here is a demonstration from former Rajadamnern Stadium champion Kru Rong.

How To Use Lead Side Strikes To Counter

Your lead side is the closest to your opponent, so naturally it's the best options you have to stifle your opponents forward movement and disrupt their rhythm,

Watch and learn how to use your jab, hook, lead teep and switch kick to fend off aggressive opponents and create angles to counter with:

How To Defend The Teep - The Parry

Defending a teep can be frustrating if you’re not sure how to do it correctly. Take a look at these quick tutorials I made to learn how to defend the teep by either parrying or catching the teep.

How To Catch & Counter The Teep

Footwork for Muay Thai is often overlooked. If you're able to keep your footwork simple, smooth and technical, it can dramatically help you avoid strikes and be in better position to defend.

Still want more defensive techniques for Muay Thai? Then this playlist below will provide you with countless defensive moves and counters to try out during your next sparring session!