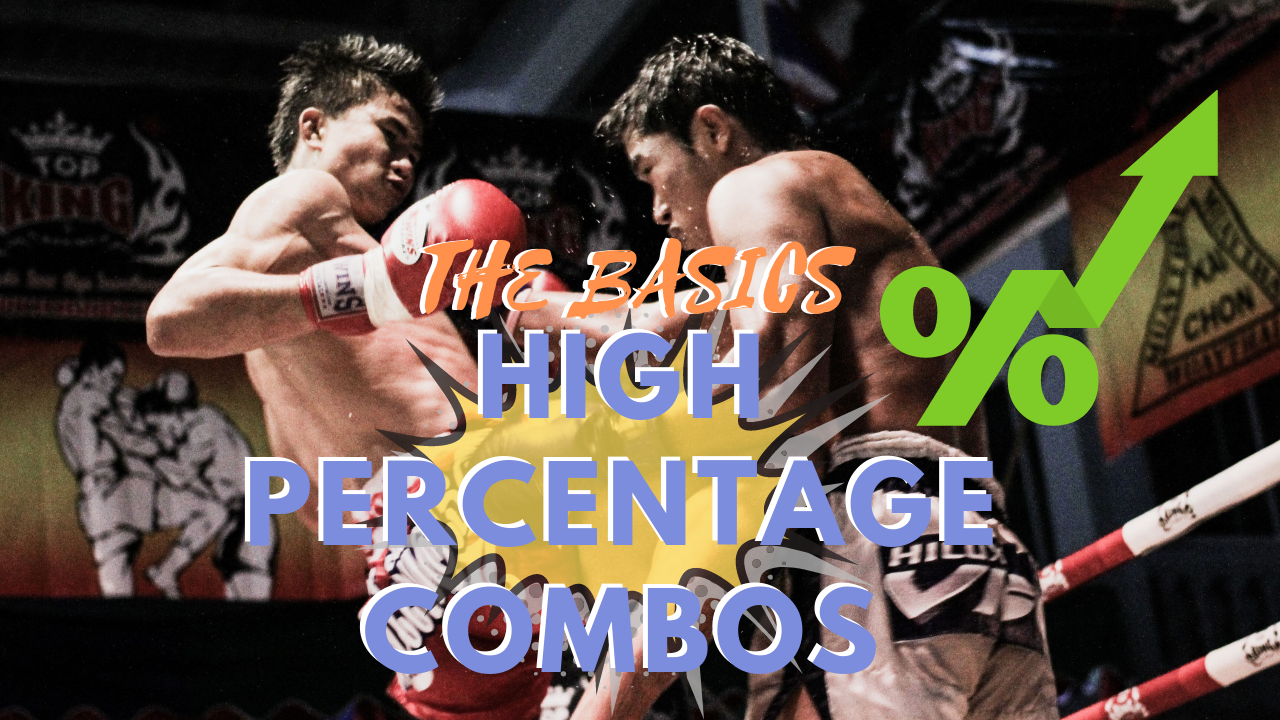 Long, successful combos can be aesthetically pleasing to watch, whether devastating or defended.

They do indeed show technical prowess, however, long and complex will not always be equivalent to successful.

What makes a combination truly lethal is the ability for it to be practical, effective, and efficient. This is why we see many of the pro fighters opt to use shorter combos to set up the bigger kill shots. Sometimes just keeping it simple is the best way to approach a fight.

Let’s take a look at some of the short combinations that are often emphasized in beginner classes, plus the pros who have utilized them due to their high probability of success.

Most fighters have used this basic combination at some point in the ring.

The quick delivery, finish and recovery of the sequence makes this an extremely high-landing combo. The two-hit combination has two distinct functions:

The jab is the set-up for the rear power kick. The rear power kick can then be thrown low, mid or high. It can also take the form of a round house, power teep or even a step-in right knee. Even if the opponent manages to block these two shots, the beauty of a two-hit combo is that it allows you to recover and throw another two hits if you choose to do so.

1 – Smokin’ Jo shoots a jab to keep Petchtanong’s hands up.

2 – Jo follows up with a rear power kick that Petchtanong fails to read.

3 – The quick combination allows Jo to recover and get back to his fighting stance immediately after.

This simple combination works very much like the jab to power leg kick since the two jabs also serve as a distraction while a finisher is set up.

The quick setup (starting to see the trend?) and second jab will keep the opponent guessing if the third strike will be the commitment to another punch or a kick, effectively raising the odds for the combo to land.

The double jab start up serves to: close the distance, change up your rhythm, and keep the opponent preoccupied with the jabs. Once again, the final strike in the sequence can take form of anything to keep the opponent guessing.

1 – Masato throws his first jab out that lands. Kyshenko doesn’t like this and tightens up his guard for the next jab.

2 – Kyshenko is unaware that Masato is stepping forward during the second jab for an angle on his rear power leg kick.

3 – Masato has the angle and throws the leg kick.  Kyshenko tries to parry but it’s too late — Masato is already in range after the second jab.

The cross-hook-kick set up is one of the widely used combos seen in kickboxing and Muay Thai to date.

There are several variations of this three-hit combo where the hook can alternate high or low just like the ending rear power kick.

Unlike the quick jab setup combinations that rely on speed and recovery, this combo aims to:

The initial cross rapidly closes the distance and forces the opponent to bring that guard high. The cross does not even have to be loaded; it can merely serve as the distraction for the next set of hits to land.

The hook that follows has two main purposes depending on if thrown to the head or the body. A hook to the body winds the opponent and is commonly open since the cross brings the guard up high, leaving the mid section exposed. A hook to the head is not necessarily a knockout in this combination but can be used to push the opponent into the direction of the rear power kick.

The final rear power kick will be conveniently loaded since the lead hook naturally shifts the body’s weight and hips for the counter rotation back into the kick.

1 – Hoost uses a cross (which was not even loaded, actually taking the form of a slap) to get Bernardo to bring his guard up and close the distance.

2 – Hoost rips the open body with the left hook so hard that Bernardo is actually pushed to the left for the next set up.

3 – Hoost uses the counter rotation from the hook, the slight momentum of Bernardo, and launches the devastating leg kick that sends Bernardo back into the opposite direction.

Realistically, throwing out anything more than a four to five hit combo is oftentimes a rarity throughout beginner and pro fights.

Staying in the pocket too long leaves you at risk for a counter attack, which you can’t defend if you are in the middle of throwing.

Keep it simple and stick to the basic, high probability combos. Switch up the closing strikes to keep your opponent thinking. Do not neglect the power of a short combination and the basics!