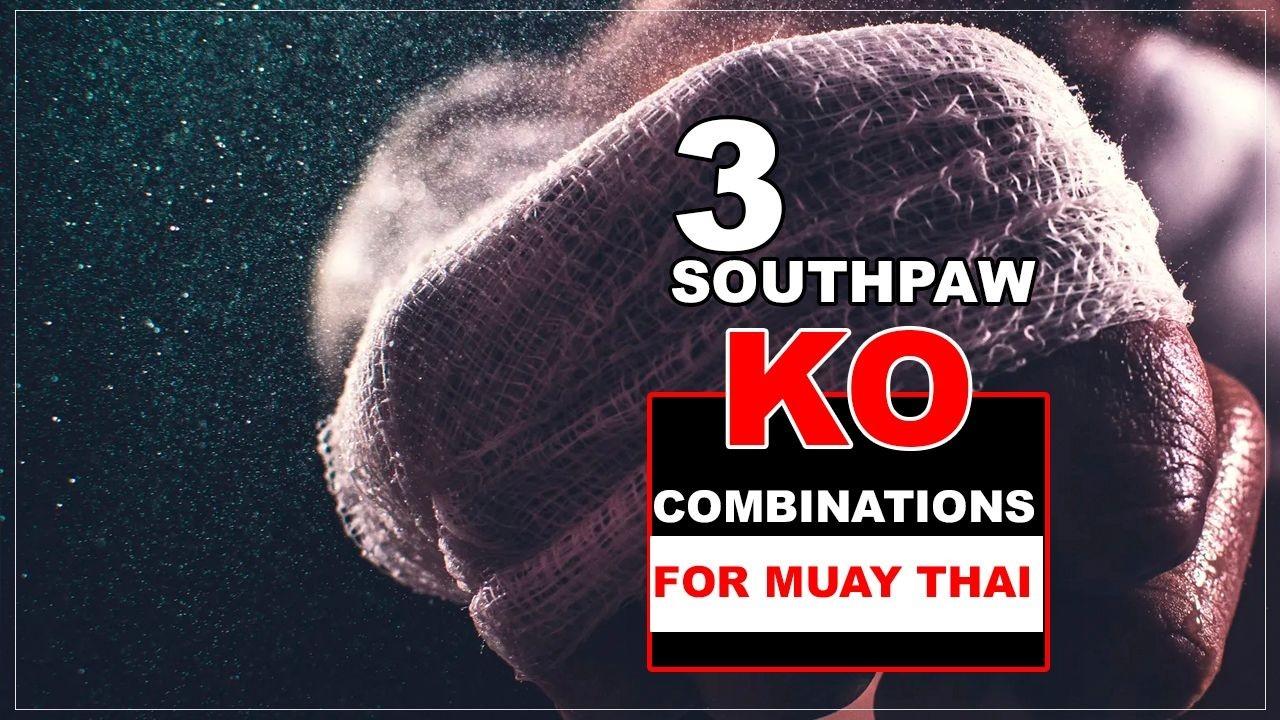 As Paul Banasiak demonstrates in the first combination, you want to get your lead foot on the outside of your opponent’s lead leg. By doing this, you can line up your rear shoulder and rear foot (meaning your rear punch and rear kick respectively) directly with your opponent’s centerline, shortening the path of your strikes and speeding them up in the process.

In an open-stance match up, your bodies are far more open to strikes from the rear side, which makes getting this minor angle absolutely crucial.

And that’s not even the best advantage you're able to squeeze out! With a proper setup, you could turn that minor angle into a major angle if you are able to pivot or circle to your right to where you’re standing completely to your opponent’s left side. In a fight, you \ideally want to get behind your opponent, but that is often extremely difficult to do, so this is the next best thing.

In combination two, Paul mentions that your opponent may pull away. One of the most common tactics you'll see in your opponents is an effort to circle to your right. They, too, are trying to get that dominant angle we talked about earlier.

How do we deter them from doing that? One excellent way to do so is the spinning back kick. If you manage to land this kick, odds are that the fight will be over. It will at the very least get your opponent to think twice before circling out.

It's important to keep adding more tools into your arsenal, but one of the most important things a southpaw must master is the double threat, specifically your rear straight and rear roundhouse kick. The startup of these techniques can be made to look incredibly similar. And since our defensive reaction is based on how we read the startup of techniques, you can easily trick your opponent into thinking one is the other.

One of the most famous examples of this is Mirko Cro Cop. Mirko landed a brutal knockout against Igor Vovchanchyn by doing just this. Whenever Mirko threw his straight, Igor would move his hand out to parry, leaving the right side of his head completely open. Once Mirko spotted this, he tripled up on the straight and ended the combination with a head kick.

Now those are just a few of the techniques available to southpaws. May they all serve you well and help you land some sweet knockouts.