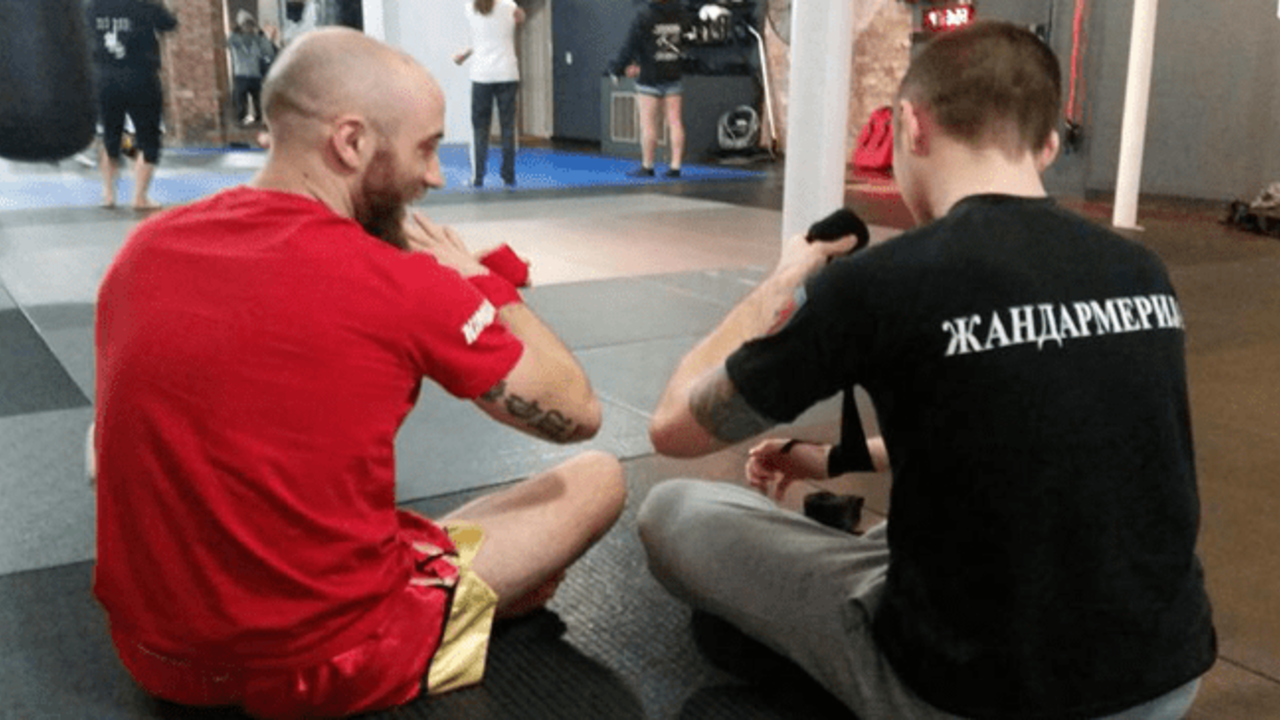 No matter how long or short you’ve been practicing Muay Thai, it’s always good to look over some general etiquette so the gym is a comfortable place for everyone.

One of the best quotes when it comes to punctuality came from the movie Drumline:

Get off to a good start by showing your trainers that you’re game and ready to learn; the first step to doing this is respecting the class start and end times. Show up early to change, wrap your hands, and other things you may need to do before taking a class.

This goes for most martial arts, not just Muay Thai. Stepping on the mat with your shoes brings in all the dirty stuff from outside and can include diseases like staph.

3. Have and bring your own gear.

If you’re just starting out, it’s understandable that you need some time before ordering your first pair of gloves.

But if you’ve been training for more than a few weeks and plan to continue, you’re gonna need to have your own set of gear. This includes gloves, handwraps, shinguards, and shorts. Don’t expect your gym to have any on loan (it’s not sanitary anyway). If you consistently forget your gear, make a mental checklist before you leave the house. And don’t forget to bring your gear home!

There is almost nothing worse than having someone at the gym who smells bad! Avoid awkward conversations and confrontations by taking a bit of time to take the gear out of your bag when you get home from training so you can air out your gloves and shinguards.

Shorts and handwraps need to be washed just like your everyday clothes. You can invest in some deodorizer/sanitizing spray for your gear, but airing your gear out usually does the trick (no moisture = no bacteria growth = no smell).

Cut your nails short so you don’t scratch people during clinching. This includes your toenails because people have been cut by long toenails and that’s just disgusting. Wear deodorant. Don’t wear a lot of cologne or perfume. Wash your clothes. Tie your hair back if it’s long. Use a towel or bring an extra shirt if you sweat more than other people. Don’t train when you’re sick so you don’t get others sick.

Under your thai shorts if you’re male and compression shorts if you’re female.Thai shorts generally have bigger leg openings so the wearer can kick more comfortably. Let’s not flash our private parts to everyone by wearing proper undergarments. We’re here to train, not get grossed out.

Also, as a side note to dudes, everyone can see your junk through your sweaty shorts if you don’t wear at least boxer briefs. This makes some people not wanna clinch with you ‘cause if you can see it, you can definitely feel it.

7. Shut up when the trainers are talking. 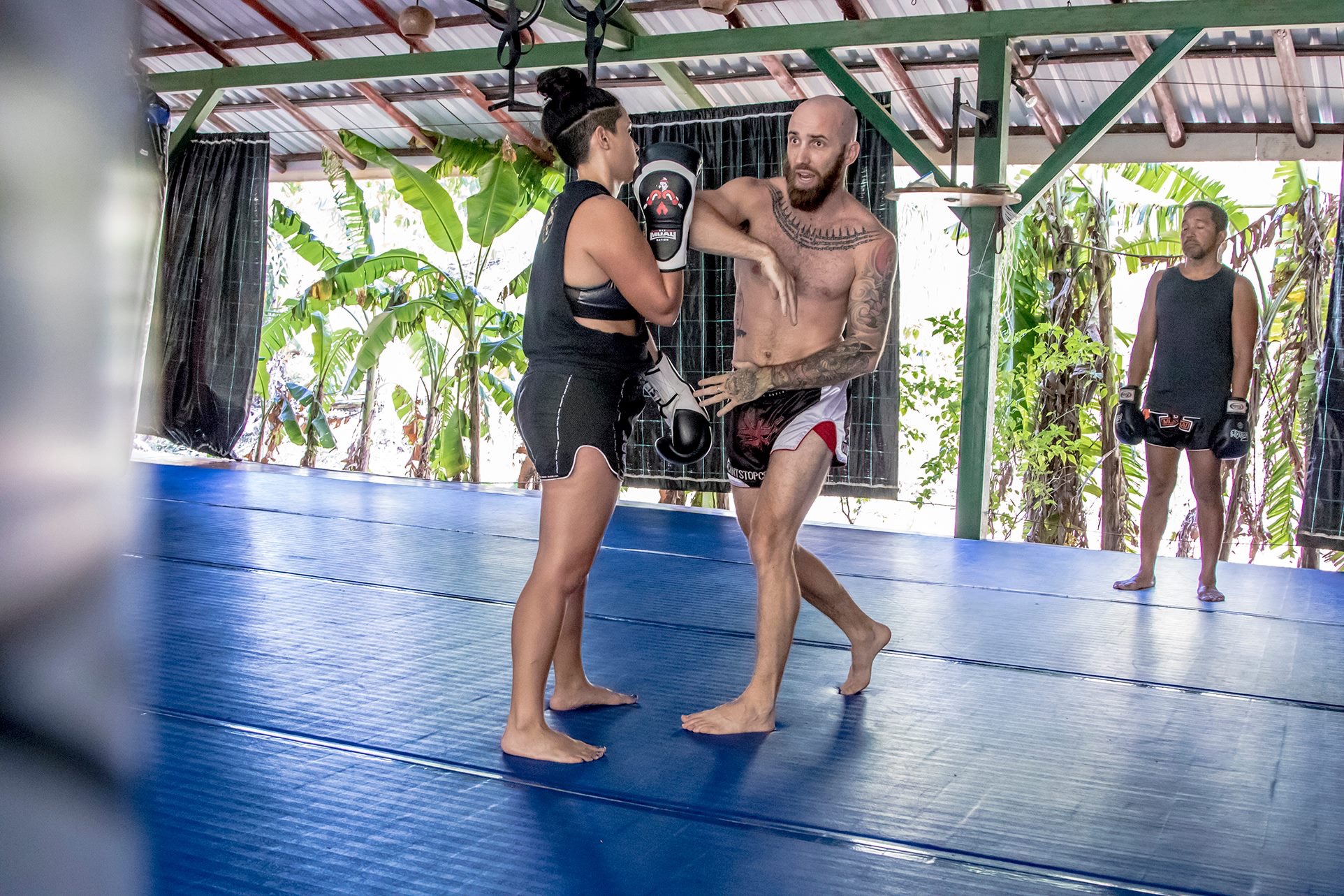 This is common sense. You know you shouldn’t be talking during school while your teachers are, and this is no different. When the trainers are giving group feedback or showing a new technique, be quiet so people (including yourself) and listen and see what’s going on. To learn, you have to open your eyes and ears before opening your mouth

Okay, so, it might not be good general life advice to blindly do things, but let’s break down a few things that make this different in Muay Thai. You’re paying for lessons at a gym you like being at, so you know the trainers there know more than you do. Whether you’re there to learn new skills or just get in better shape, you trust the trainers there to do what brings you closer to your goal…otherwise you wouldn’t be there.

That being said, if you’re told to do 50 kicks or 100 situps, don’t make faces. Don’t complain. Don’t run to text people every other round. You don’t get more energy from making faces. You don’t get results from complaining. Just do it and let your progress speak for itself. And leave the phone alone until after class is done.

(unless you already made sure your sparring partner is ok with it).

Relax when you spar.

Wear big gloves for sparring. This has to be said a lot, unfortunately. If we’re on the same team, there’s no reason why we need to train in a way that will hurt each other. Save that type of for a fight. It’s okay to spar aggressively and catch your partner with shots, but do it in a controlled manner.

Technical sparring is key (see below for some drills) and will get you much further (and less injured) than hard sparring will. Spar with 14oz and higher.

Also, know when to adjust your power against smaller people whose maximum power outputs are much less than yours. Light sparring against someone your size might feel very different to someone who’s 20 kg lighter than you. People are also under the impression that when they spar a fighter that they are going into a brawl.

Experienced fighters are the most controlled people you will ever spar with, so there is no need to throw a series of 20 combinations in a matter of seconds.

The same goes for clinching as it does for sparring, especially since muscling won’t get you anywhere in clinching as you further your training. It’s perfectly fine to use your upper body power as you’re not hurting anyone with it – just be controlled and stop cranking their neck when you already have their head down. Knees can slap but should not be hard.

When clinching, you’re probably not wearing any gear to cover your knees, and knee shots hurt! Use mostly the inside thigh near your knee to strike, and if you ever use the knee cap, go very lightly. 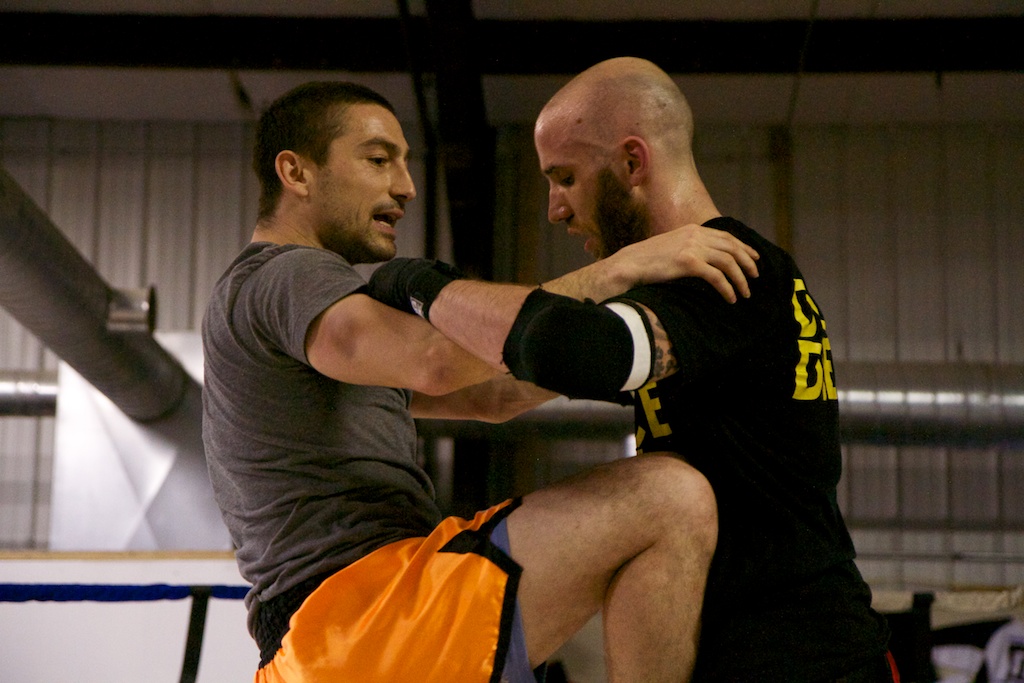 11. Wash your hands before clinching.

Ever smell your hands after taking them out of your gloves? Yeah.

This includes your trainers and training mates. You can always learn something from anyone, no matter what their level is. They’re on the journey with you.

This is a big umbrella that houses many, many mistakes people make. Don’t expect to do a lot of flashy spinny moves on your first day (if you want purely flashy and spinny stuff, maybe Muay Thai isn’t the sport for you).

Don’t think just because you’ve been in a few street fights that you can just jump into sparring… and don’t expect to be “good at Muay Thai” just because of those street fights. Above all, remember it takes time and consistency to progress. I’ve met a lot of people who were super down on themselves for still being “not good” their first month. Keep going and don’t give up.