13 Best Ways To Make Use Of Your Heavy Bag 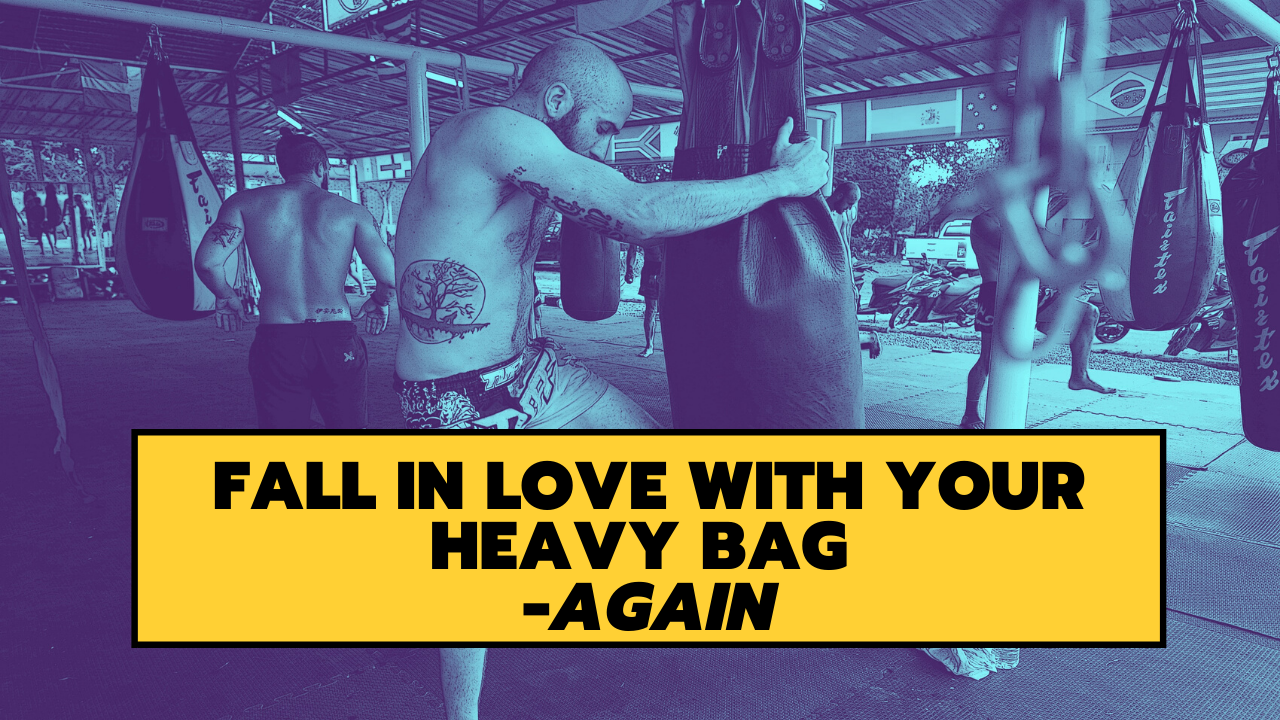 NOT GETTING ANYWHERE WITH THE SAME, OLD HEAVY BAG ROUTINE?

The heavy bag is the most common and useful pieces of equipment you can find, yet it is one of the most misunderstood.

If you’re new to the sport of Muay Thai and to striking sports in general, you will probably not understand the true potential of the heavy bag. Most of us see someone working the heavy bag and think you’re just supposed to hit it and no more. It’s just something to take our days frustrations out on. That is not the case.

If you watch professional boxers work the heavy bag, they don’t just stand in one position and start slinging hooks. They work combos, they move in and out, they move side to side, they pivot. They treat the bag as if it were an opponent. If you don’t prepare like you’re facing an opponent, you won’t be prepared when you do face an opponent.

Let's examine a baker's dozen of the best ways to get the most of your bulky training partner:

How To Use The Heavy Bag For Muay Thai (13 Best Tips!)

Now, there are a lot of important principles of striking that were dropped on you there. Allow me to break them down into greater detail.

One of the most famous examples of breaking rhythm is when Chris Weidman knocked out Anderson Silva in their first fight. When Silva’s past opponents struck out at him, they would often go left-right-left-right. Their rhythm was extremely predictable. Silva would slip to one side, then slip to the other and be in perfect balance.

But Weidman made a small adjustment during his combo. He doubled up on his right hand, forcing Silva to lean too far back. Silva lost his balance and was unable to defend Weidman’s left hook, which was the strike that knocked Silva out. By breaking your rhythm, you can break down your opponent’s defense.

Another famous example of broken rhythm is Donald Cerrone’s head kick on Denis Siver. All Donald Cerrone did was throw a roundhouse, but instead of throwing it with the exact same rhythm he normally did, he delayed his knee extension until Siver’s guard dropped back down. This dropped Siver and Donald would go on to win by submission.

Next, let’s talk about feints.

If you’re a fan of combat sports, you should know the name Vasyl Lomachenko. Lomachenko is a boxer with a combined amateur and professional record of 410-2, though both losses are controversial and probably should have gone to Loma. Needless to say, he’s one of the greatest boxers to ever live. And one of the things that does make him so great are his feints.

Loma uses his feints in order to throw off the rhythm of his opponent. He’s able to probe his opponents defenses with minimal risk. He’s also able to exhaust his opponent by doing so. Imagine being jump-scared over and over again. That’s what Loma is doing to his opponents.

So there are some basic tools you can use to make the heavy bag one of the best pieces of equipment you own. Now go kick some ass. (And if you’d like some combos to mix these principles with, here you go.)