Why Fighting Is Not For Everyone 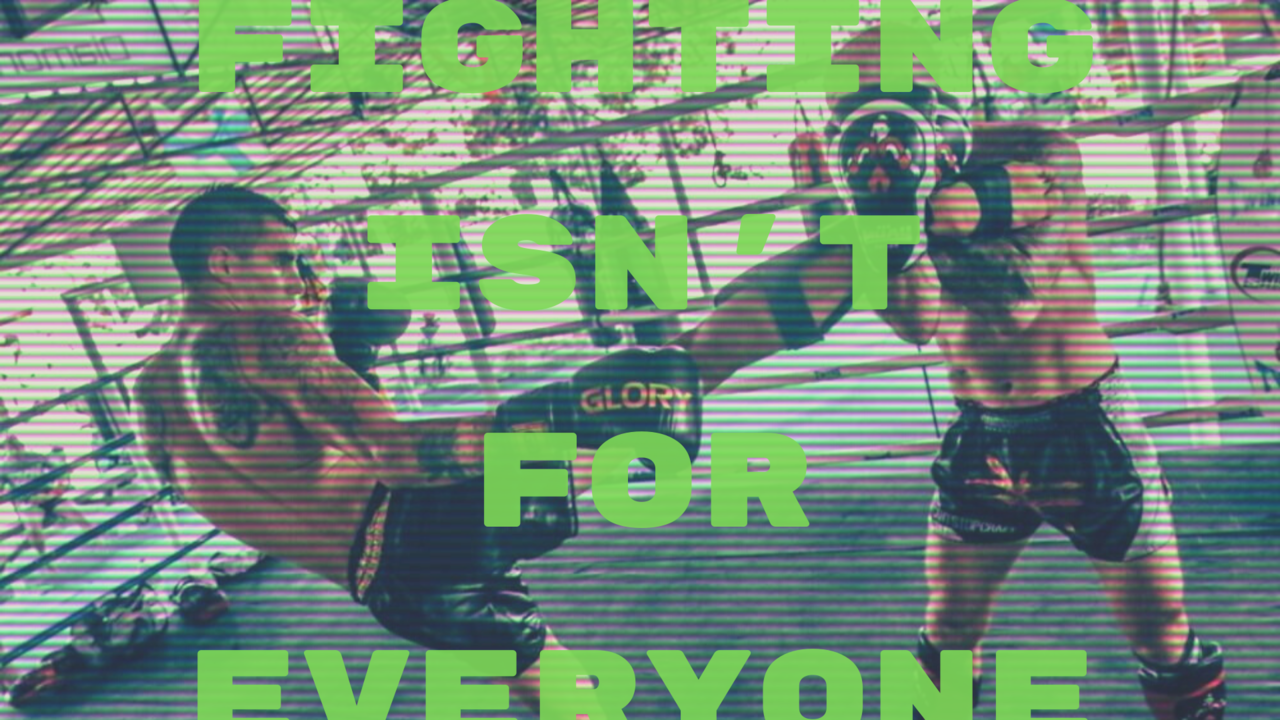 DO YOU HAVE WHAT IT TAKES TO BE A MUAY THAI FIGHTER?

There is always something in Muay Thai that anyone can find purposeful, enjoy doing, or make great use of.

When you go to a gym, you will find people there for different reasons. The most common reasons are to get fit, to lose weight, to learn self defense…and then there’s a population at the gym who are there because actively fight or say they want to fight.

As with any setting, you will find people of many different personalities and occupations, so there is no specific “cut” of person that makes it as a fighter.

That being said, fighting is not something that is for everyone. A respected coach will never make anyone fight if they don’t want to. They recognize that not everyone who trains wants to fight, and not everyone who says they want to fight actually have what it takes to be a fighter.

Intention is the starting point of many great things.

You may often hear sayings of how one should be mindful of their intention if they wish to achieve their goals. Intention is more powerful than motivation because motivation can come and go, while intention is more of a constant state of mind. It’s more than just setting a goal; it involves forming the action plan to attain that goal.

What usually follows intention are actions surrounding that intention, and this is where many people who want to fight may start to trip up – you intend to fight, but what else do you intend to do?

Having strong intention and purpose is what many refer to as having “heart.” If someone haa a “big heart”, their intention is strong to keep persevering because their actions align with what they want. Even if they lose the fight, having heart is more respected than having talent.

It is easy to say you want to fight – anyone can say that. But are your intentions geared 100% towards the fight and everything that comes along with it? Will your actions match up with those intentions? Many people who say they want to fight also complain about not being able to party or eat as much as they’re used to, but, to put it bluntly, they don’t have the heart for it (at least not yet). If they really intended to make it happen, they would make it happen.

After your actions match up with your intentions and it’s time for fight camp, the most important factor is mentality.

Yes, the training is difficult.

Yes, your body will be sore and hurting.

Yes, dieting sucks if you have to do it.

But if you allow those matters to cast a shadow on your intentions, it makes giving up an option.

And giving up IS an option!

Many people think that it should not be an option, but it is always a choice that is presented when things get rough. But it is not one that should be taken (Unless you’re injured or have a medical condition, of course).

Compare this to when you have the temptation to eat junk food when you’re supposed to be eating clean – it takes a whole lot more willpower and determination to not eat the junk when it is in the house than when it is not there at all. And while this may sound counterintuitive to what was stated above, the reality of the matter is that people do think about giving up, and they do think,

That is the option of giving up presenting itself. Acknowledge that the option is there, and will always be there, but sharpen your mindset by never allowing yourself to go down that route unless absolutely necessary (injury, medical condition, etc.). It may sound very simple, but it is the process that builds strength.

Mind over matter is a cliché mantra many use, but it is the absolute truth and it works!

Although this can be applied to anything, it is especially true when it comes to fight training. Many people without the fighter mentality call it quits after a hard round of hitting pads. What they might not realize is that they have to be pushed way past their comfort zone in order to get better and be prepared to step into that ring, and many people do not like being far away from comfort. And this has to be done for hours every day during fight training.

Each action needs to be given 100% because it’s better to train hard and feel tired and beaten up at the gym than in the ring. Those who allow their temporary discomforts to cloud what they say they want do not actually have the intention of wanting it!

Fighters are mentally very strong because they focus on their intention and utilize their mental muscle to know that all the pushing and yelling done during fight training is done for their benefit. It’s also important to know that there is inherent value in getting better. It’s not good to want to train just enough and do the bare minimum – train with all you have, have a big heart, and always work on getting your mental game stronger.