What The Thais Know About Sparring 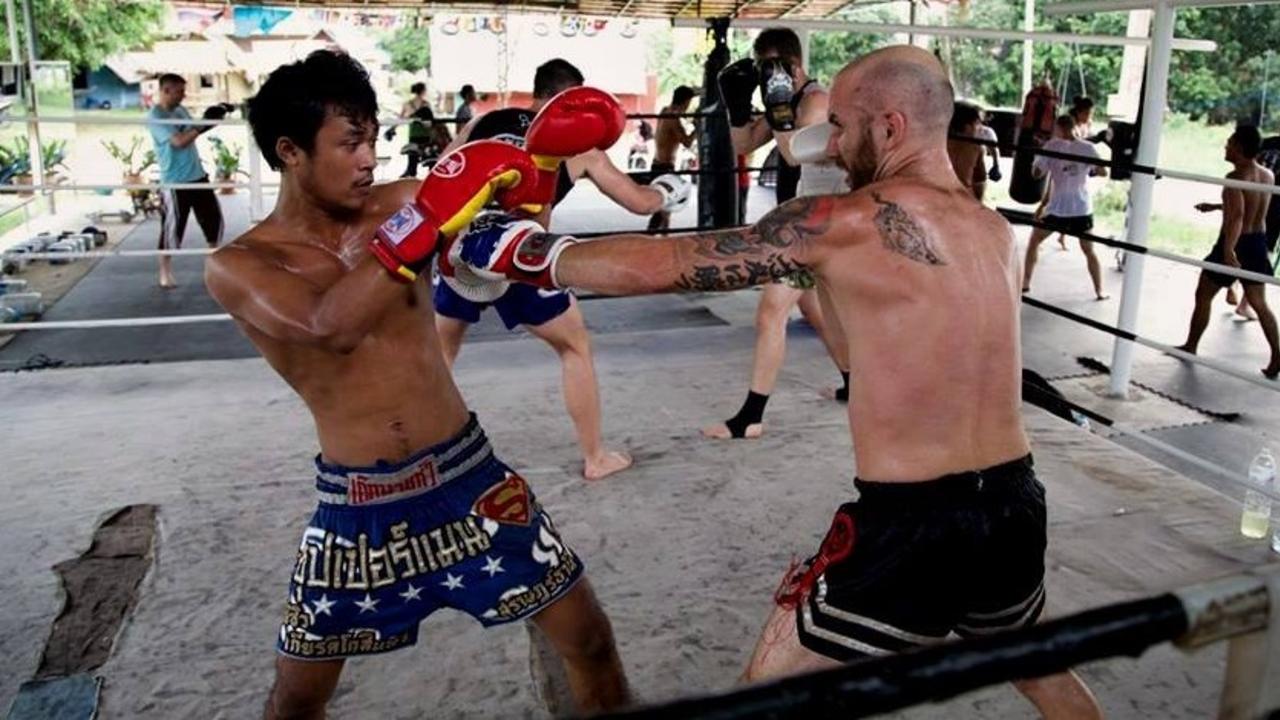 Recently, kickboxer “Bazooka” Joe Valtellini and former boxer Paulie Malignaggi got into a spat on Twitter over whether hard or light sparring is the way to go. Joe’s argument was that hard sparring leads to unnecessary brain trauma going into a fight and it’s part of the reason why he had to retire quite young.

Paulie’s counter argument basically amounted to: “Don’t be a pussy.”

It’s a debate that will never really have a clear concrete answer, largely in part because we simply don’t have enough research into brain trauma, especially in regards to Muay Thai fighters, and partly because there are inherent benefits to both.

The common argument in favor of sparring light, in the same way that professional fighters in Thailand do, is that less brain trauma sparring means more potential fights.

You get to learn the technique without hurting yourself and when fight time comes, you’ll be fresh. The counter argument to that is that you’ll never learn to fight properly if you don’t spar hard. After all, how can you know how to fight if you haven’t had experience taking a hard punch off of someone?

There is an issue with this logic, and that is the way it spreads misinformation about how hard Thais actually spar.  There seems to be this idea that Thai fighters barely touch each other, when in actuality they land very solid round kicks, teep each other off their feet, and sweep one another on the regular.

Sparring in Thailand is not light, it’s controlled. One would be hard-pressed to call the action below “light.”

Here, Pakorn and Sangmanee do not kick lightly, they kick with real strength(keep in mind they can generate a lot of power in seemingly light blows just from the amount of time they’ve spent kicking).

If you’re observant, you might also  have noticed that neither fighter is wearing a gum shield. The reason for that? They don’t need to. While they may hit each other hard to the body, they’re not punching each other hard to the head. This moderate sparringallows you to know what a hard hit feels like without having to be sent reeling.

Hard to the body, light to the head is probably the best way to spar – and the Thais know this. While you can argue that one man having 200+ fights on average is not a great way to avoid brain damage, it’s certainly true that they are able to do this because of the lack of head trauma they take during sparring. The frequency they are able to fight and actually make money from their potential injuries, is also what keeps them sharp in the ring.

In fact, this is probably the best model for boxers as well, considering that it’s fairly common for a successful boxer to only fight twice a year.  Sparring lightly gives you more leeway when it comes to drilling head movement and boxing defense too, as you are less at risk from a concussion on the off chance you do catch a hard punch when practicing head movement, and also because the lighter pace allows you to get technique right.

Hard Sparring Is In The Past

There is an overly macho attitude towards fighting – a belief that toughness breeds toughness, that pain is simply weakness leaving the body. While it may be true, it’s also not conducive to good training. More and more often, we are seeing old boxers punch drunk and slurring their words, whereas golden-age Muay Thai fighters such as Samart and Sagat seem to be largely still lucid.

Does hard sparring have a place?  Certainly, but doing it even as much as once a week is too risky. Ideally the best time to practice hard sparring is outside of a fight camp, when you’re an experienced student or fighter. This way you’re not going to end up on the receiving end of a one-sided beating and you’re not going to potentially take an injury that will force you to cancel your fight.

Training as though we’re Wanderlei Silva reliving his Chute Boxe days is not the way to have a healthy life after a fighting career is done.