What NOT To Say To Fighters On Fight Week 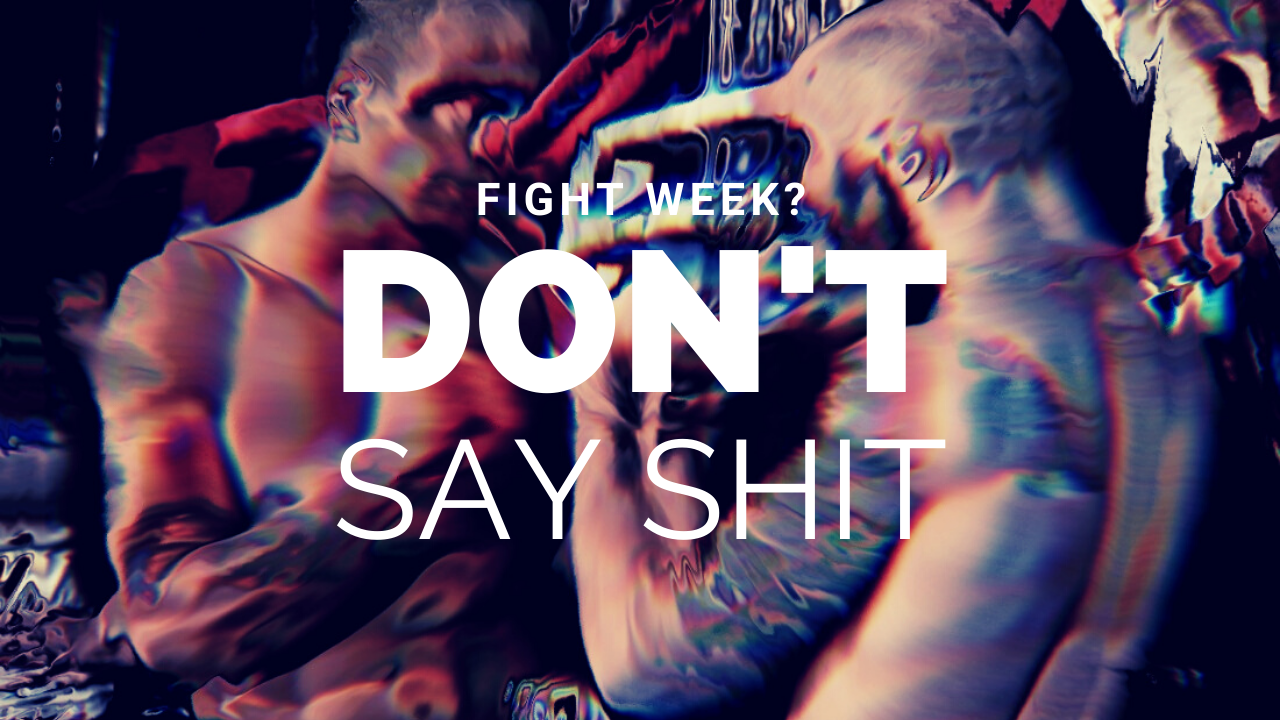 Most of the time us nak muay have the patience to explain what “Moo Thai” or “Mai Tai” is and how it’s different from UFC fighting.

However, on fight week it is a completely different story. Fortunately, the Muay Thai guys are here to show you the proper etiquette for talking to your Muay Thai friends when they have a fight coming up.

First and foremost, understand that the week of a fight is a mental power struggle and can be very stressful at times. Your teammate or friend is getting ready for a fight and is focused on the fight itself; this primarily includes finishing up his or her’s lovely weight cut process and getting their mind right for fight night.

As a fan and supporter we are sure you mean well, but just keep in mind that what you say and do affects his/her focus and mentality for the fight..

Here are just a few of the things you should avoid saying/doing, and a couple tips on what to say instead – we don’t present problems without offering solutions guys

As a fighter we love the support of our family and friends, but one of the last things we want to do is worry about collecting money and handing out tickets a day or two before weighing in. We’re already cranky and dehydrated from cutting weight and our stress levels are reaching it’s limit… so please do NOT bug us last minute about tickets when you’ve had weeks to buy them.

To truly show your support and make it easier on the fighter, you should go pick up the tickets from the fighter at an earlier, more convenient time.

Of course we are!

Don’t ask if we are ready when all we’ve been doing is training for this moment for weeks/months. Asking “are you ready” also makes us question ourselves during the lead up to a fight, and if we’re cutting weight and not in the best mindset it can instill minor doubt in the back of our minds. Instead, TELL us “you look ready” or “you’re always ready”… that is much more reassuring and gives us confidence knowing that our fans and supporters feel like we’re on point.

If you’re not a fighter or a coach or involved in the training leading up to a fight, we don’t want to hear what you think our game plan should be. We have a team of coaches and training partners who help us create strategies for a fight, so throwing us last minute suggestions (although we appreciate the thought) isn’t necessarily the best way to approach a fighter.

Instead, talk to the fighter like a normal person – not their coach. And if anything ask the fighter what their game plan is for the fight so they can reinforce their strategy in their mind.

To be blunt, asking a fighter why they fight on the eve of a fight is obnoxious. Sure this question may seem harmless, but it’s much better to ask it AFTER or long before a fight.

And asking a fighter “are you going to be done after this one” is insulting and can place doubt in a fighters mindset. Let the fighter fight and then you can ask these types of questions AFTERwards.

Yes we are hungry. Yes we wish we could eat more. Yes we are cutting weight. Yes we are going to make weight.

Don’t ask us anything about food when we are in the process of the hardest part of the weight cut.

Listen to Paul and I discuss this topic in more depth including even more examples of “What NOT To Say To A Fighter” in this weeks podcast!

Click here or the podcast player at the top to listen to the entire episode!

The Muay Thai Guys come out with NEW episodes almost every week! Make sure you don’t miss one by subscribing via one of the options below: