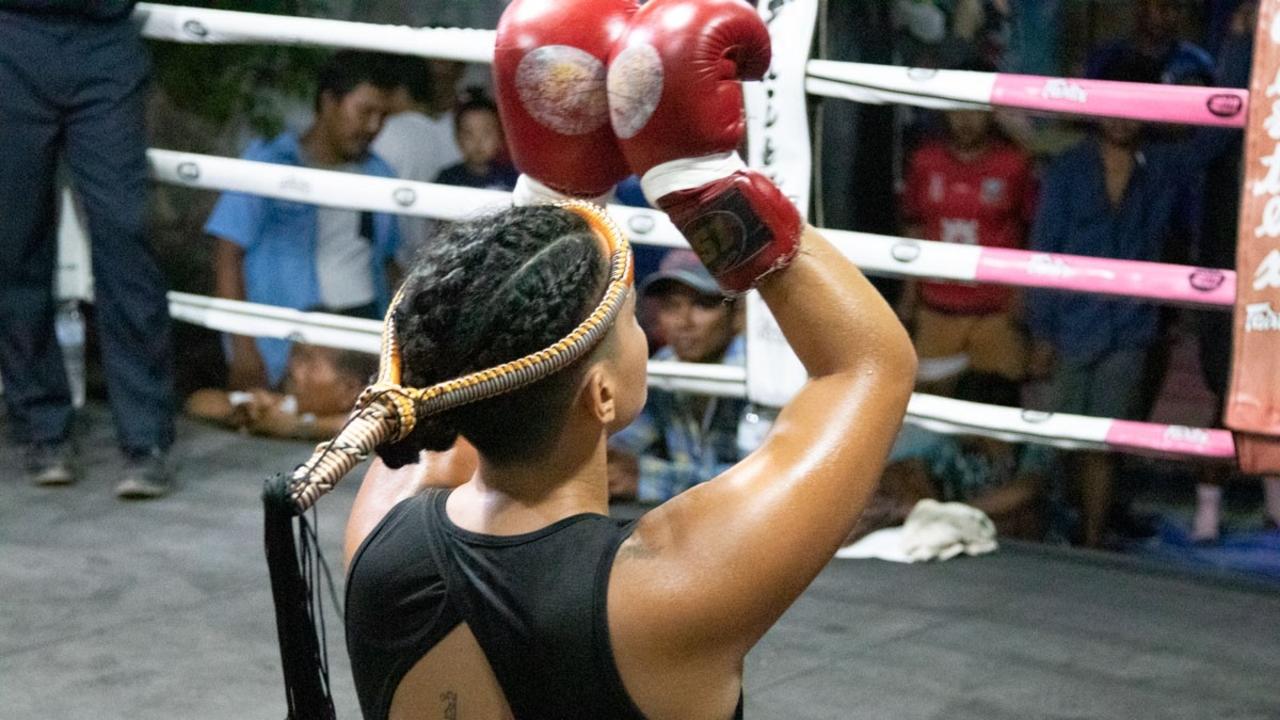 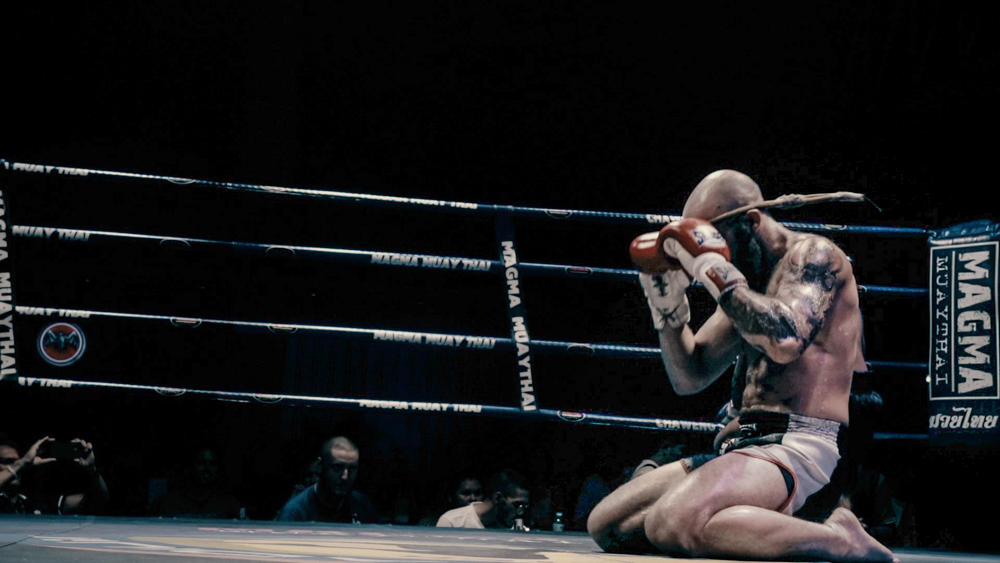 The Wai is a traditional greeting by the thai people where they put their hands together like a prayer. Kru means teacher. As a whole the wai kru is a way to pay respect to your coaches, gym, training partners and family. The wai kru is the portion of the muay thai dance where the fighter circles the ring 3 times before kneeling and bowing 3 times to show respect to God and man.

Ram means dance and Muay means boxing… so put them together and you got a ‘boxing dance!’ The ram muay is simple (or complex) movements that the fighter demonstrates to the crowd to show their style and control. Each ram muay is personal and unique ranging from very elaborate to easy and simple. Sometimes you are able to tell what gym the fighter trains at because most fighters from the same gym have a similar ram muay wai kru.

While performing this pre fight ritual, muay thai fighters where headbands known as Mongkols and armbands known as Prajioud which each have their own unique meanings, history and powers behind them!

How To Perform The Wai Kru In Muay Thai

This first video is full of additional information about the meaning, history and tradition of wai kru and ram muay. It also shows some of the unique aspects of the muay thai dance ritual and points out some interesting tidbits about the history of the muay thai tradition;

This video is of me performing the whole Muay Thai dance ritual a long time ago before my 3rd fight in Thailand. It’s not the prettiest thing in the world (I already told you I suck at it) so don’t judge.