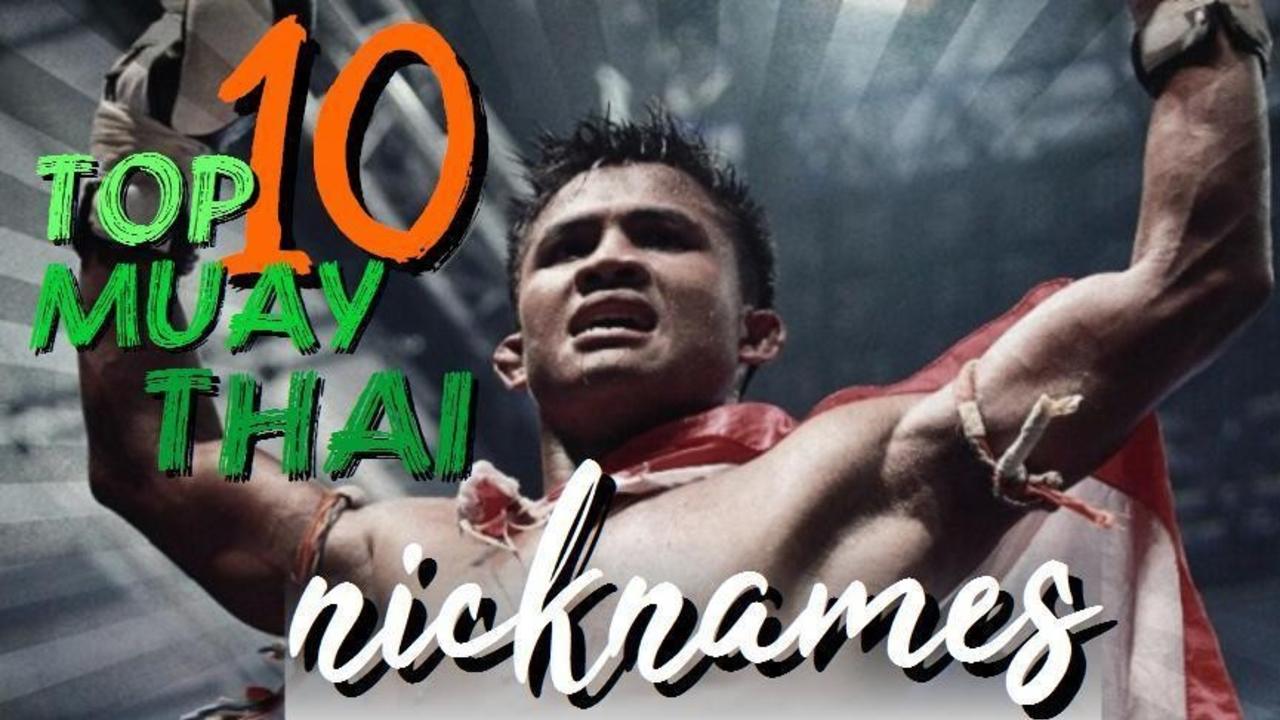 WHAT’S IN A NAME? EVERYTHING.

Marcel the Shell: Guess what I want but I’m not gonna beg for it?

Marcel the Shell: A nickname. Because you can’t—you can’t make it for yourself, like you can make yourself a new hairstyle, but you can’t say, “well, now I go by the name of ‘The General’ or whatever…

Guy: If you could have a nickname, what would it be?

(If you haven’t seen Marcel the Shell with Shoes On, go watch it. Now.)

Anyway, the little crustacean makes a valid point. You can’t just go out and give yourself a nickname.

I was asked to make a list of my top ten favorite Muay Thai fighter nicknames. Funny thing, is I have been trying to figure out mine for a while now. While friends of mine have had plenty of suggestions (Killer Kale, Violence, Watch Out, Ninja Turtle – they just kept getting better), I went to work researching fighters and their nicknames.

I found some pretty badass ones and some to be… pretty absurd. Personally I think the crazier the nickname, the more intimidating the fighter! (Looking at you, Andre “Touchy” Fili!)

M16? Who wants to fight someone with an assault rifle for a nickname? Purple People Eater? What? Huh? I’m not even sure what that means. I had to Urban Dictionary it and that definition doesn’t make sense either! Either way, it’s intimidating.

So here they are – in no particular, my top ten fighter nicknames:

“DON’T WORRY – THERE AREN’T ANY ‘PITBULLS.’THAT’S A DIFFERENT LIST.”

(Note: These are all equally awesome and way cooler than “Killer Kale.”)

(aka. Jongsanan) His skin is so tough that he transcends his humanity to become a man made of iron-bark. “Woodenman” sounds like a monster that lives under your bed (and you’d really prefer it didn’t.)

He leaves his opponents in the dust. Enough said.

When she goes off, there’s no time to run for cover. You’re done for.

You might think you look good when you step into the ring, but Iman will make sure that when you leave, you won’t be so pretty anymore.

I’m at a loss here. I don’t know where this nickname came from or why, but it sounds crazy. I like crazy.

#8: Ramon “The Turbine From Hell” Dekkers

Fighting anything from hell doesn’t sound like a good time, let alone a spinning, bladed machine.

There’s something so innocent and non-terrifying about a nickname that rhymes. I think that’s an advantage for Angela.

Not exactly “Iron” in her latest outings in the UFC, de Randamie may bear the coolest nickname among female MMA fighters. Power and grace, durability and femininity – all in one nickname.