The Slick Style of Somluck Kamsing 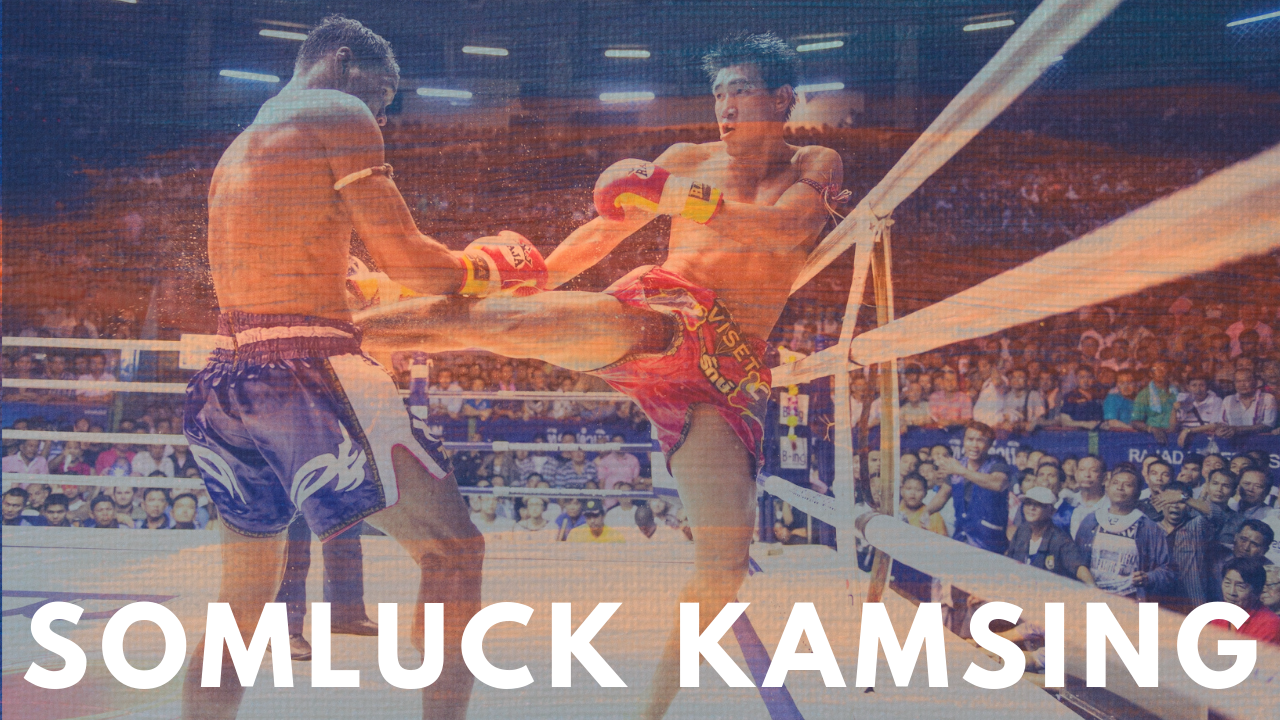 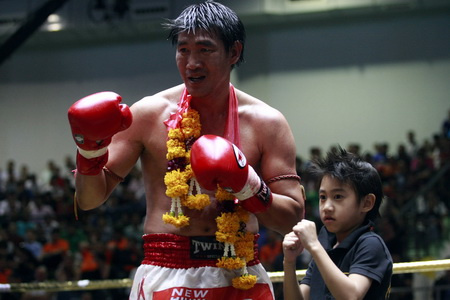 Somluck Kamsing is one of the greatest strikers of all time.

His style is flamboyant, slick and effective, and as a result it has influenced many subsequent Muay Thai, Kickboxing and MMA champions.

He is probably best known in the West for winning a gold medal in the 1996 Summer Olympics, the same year Flyod Mayweather won a bronze. This indicates his high caliber as a striker, as he competed with boxers of the same pedigree as Mayweather, arguably the greatest of all time. Something tells me Floyd would not do as well in a Thai fight as Somluck did at boxing!

The reason for Somluck’s switch from Muay Thai to boxing was that he defeated most of the Thai boxing champions but was still denied a title shot by promoters. Fortunately for us, his fusion of boxing and Muay Thai created one of the most entertaining fighting styles ever. To best understand the combination of the two martial arts, it is necessary to understand the rules of each.

In boxing, points are scored for landing clean punches on your opponent. Especially in amateur competitions like the Olympics, the emphasis is on scoring points, not causing damage. Taking a punch to land one therefore is not a great tactic but using footwork to outmaneuver your opponent while picking shots from the outside is.

Muay Thai, in contrast, is more of a war of attrition. Most Thai fighters stand with a squared stance, right in front of their opponent. Points are scored by landing effective punches and kicks, knees and elbows, or by sweeping your opponent to the floor. Emphasis is given to the damage and strength of strikes. If a body kick is blocked but moves the target off balance, it can still potentially score. Most Thai fighters therefore look to catch or block kicks and punches before responding with their own, rather than using their feet and head movement to evade strikes and then counterattack. There are of course exceptions to every rule; for example Samart Payakaroon, Saenchai and, of course, Somluck himself.

What stands out immediately whilst watching his fights is his unshakeable calm. Anyone that’s ever been in a fight, or even sparred during training, will know how chaotic clashing limbs with another human being can be, especially in a closely fought contest.

Despite this, Somluck always seems to remain calm and this is in my view one of his greatest weapons. This calm allows him to keep his crisp technique, to see shots that a more stressed fighter may have missed, and to make decisions without his emotions interfering.

It also allows him to be more efficient than his opponent; as he is less tense, he uses less energy in his movements. Everything appears effortless, much like some subsequent fighters who have similar styles: Saenchai, Anderson Silva, and Israel Adesanya, to name a few. 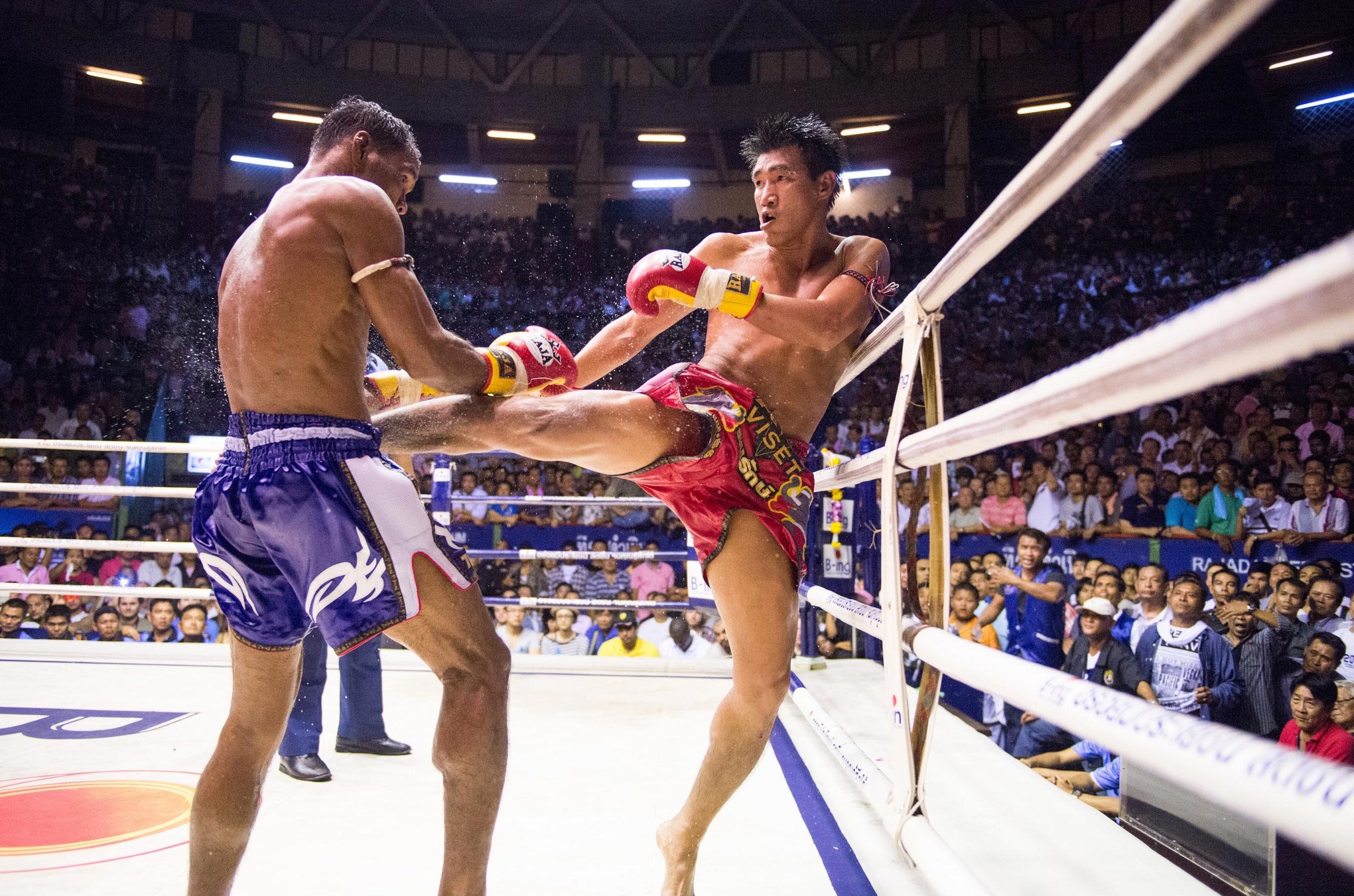 Somluck, like the aforementioned, possesses an aura of forceful distress that sent his opponents into a panic. His taunts arefar more than thinly veiled expressions of ego. They are demonstrations of control over the fight, and have the effect, whether intentional or not of breaking their opponents psychologically.

As the opponent becomes more and more frustrated, one of two things can happen. They will either try even harder to land a clean shot, leading them to throw more of their power into each strike and further exacerbate the gap in efficiency, or they will subconsciously accept that they cannot land with any consistency and reduce the power in their shots, effectively giving up to save embarrassment.

The showboating, when coupled with excellent footwork and head movement, leads to an extremely effective counter-attacking style. Somluck’s head movement is legendary and perhaps his best-known asset as a fighter.

One fantastic exchange which finds its way on to every highlight reel is from his fight with Panomroon which took place on the 27th August 1991.

Early in the fourth round, he backs up against the ropes, then slips two elbows from Panomroon in a slick display of evasion. His head movement was not entirely as a result of him competing in boxing but likely contributed to his success in the sport. As Somluck’s career progressed, however, he added some boxing footwork to his counteroffensive arsenal.

It is common practice in Muay Thai to move in a plodding motion, transferring weight from one foot to the other in order to be ready to block or kick off either leg. After competing in boxing, Somluck also began using his feet to avoid shots, and to set up traps and counters.

Often in his later fights, Somluck would stand still in front of his opponent to draw an attack. As his adversary would move in, he would then retreat and pull them into a counter shot, or circle around them and attack them from the side as they moved forward, or even simply avoid their attack and then smile gleefully. This proved extremely successful against Thai practitioners who were unfamiliar with fighting against this style.

Another addition to his arsenal following Somluck’s time in amateur boxing was the adaptation of the "Philly Shell" stance to Muay Thai. The Philly Shell is a style of boxing favoured by defensive and counter-offensive fighters. Most famously used by boxers such as Flyod Mayweather and Bernard Hopkins, the stance involves using the lead hand to protect the body by resting it on the rear hip and using the lead shoulder and rear hand to protect the chin. For it to work, the fighter must slip and roll with punches, otherwise shots can simply be aimed above the lead shoulder and land clean on the temple.

Somluck, as we know, has excellent head movement so he had no trouble employing this unconventional stance. When he did so in Muay Thai fights, it encapsulated his genius and creativity.

In his fight against Kamel Jamel, which took place on the 12th May 2000, he used the "Philly Shell" with devastating effect. After slipping forward and to the right of a jab, he countered with a reverse lead up elbow. In other words, he brought his lead arm, which was bent in an L-shape around his body, upwards and into Jamel’s face. He would also use his rear arm to throw an upwards elbow if Jamel got too close to him.

What’s so effective and aesthetic about both moves is that they can be thrown perhaps even more effectively from the Philly Shell. In fact, Somluck’s use of head movement and footwork disguised them perfectly. In the third round of his fight against Jamel, Somluck slips forward and to the right as he had done before, but this time he uses the slip to spin into a back elbow instead, cutting his opponent below the left eye. Rarely is such flamboyance so effective!

What made Somluck such an excellent fighter was his style. He was calm and collected during fights, and could be seen to enjoy them, spending much of his time in the ring grinning. This made him an efficient fighter and added to the pressure on his opponents.

He was also able to disrupt his adversaries' calm, using his showmanship to get under their skin and provoke an emotional response. Somluck had excellent reactions and head movement, which he used in unison with taunts to discourage opponents and win the psychological edge. When combined with his footwork and counter striking, which were both added to by his time spent boxing, he was a tricky puzzle for any Thai fighter to solve. 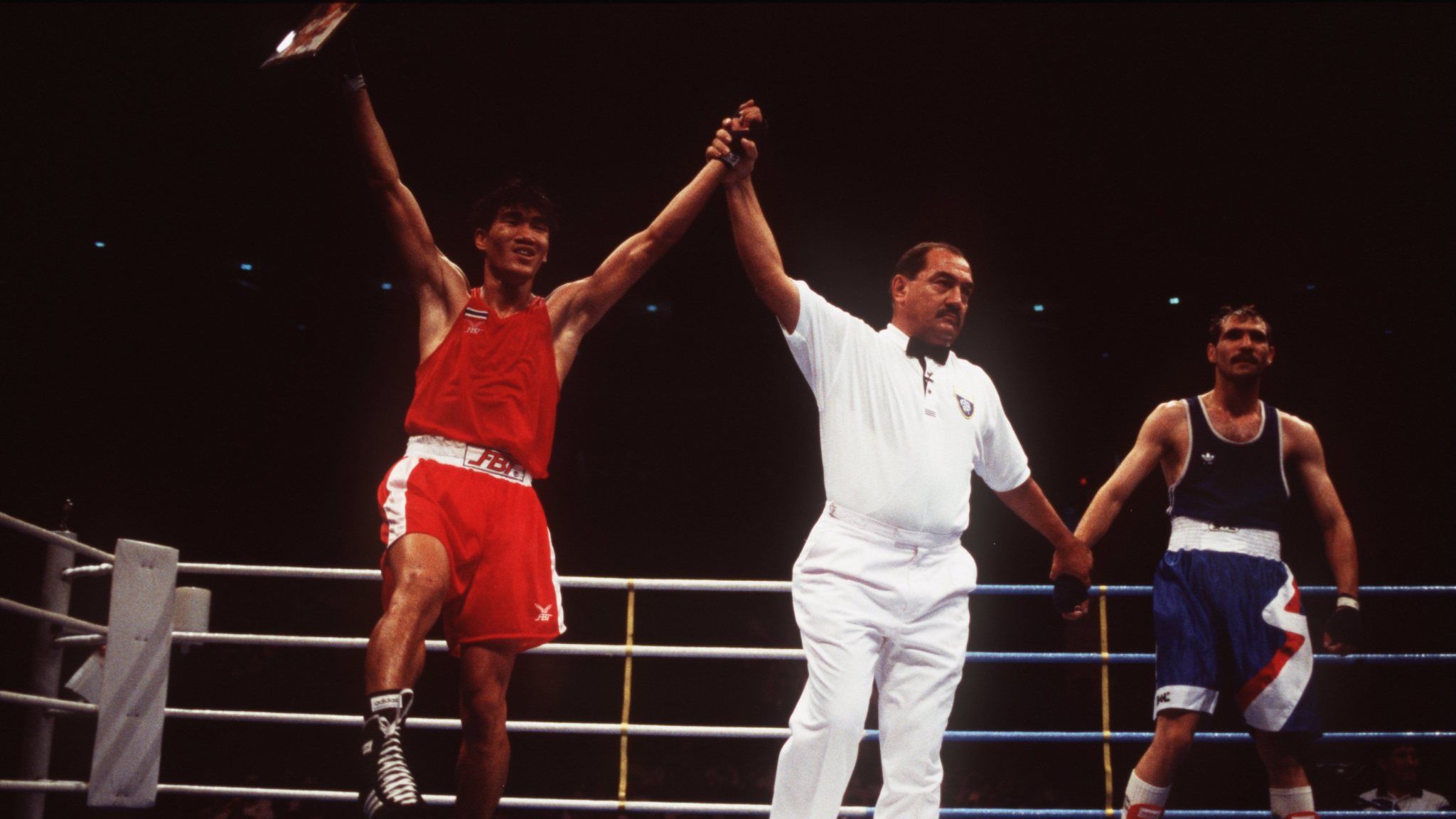