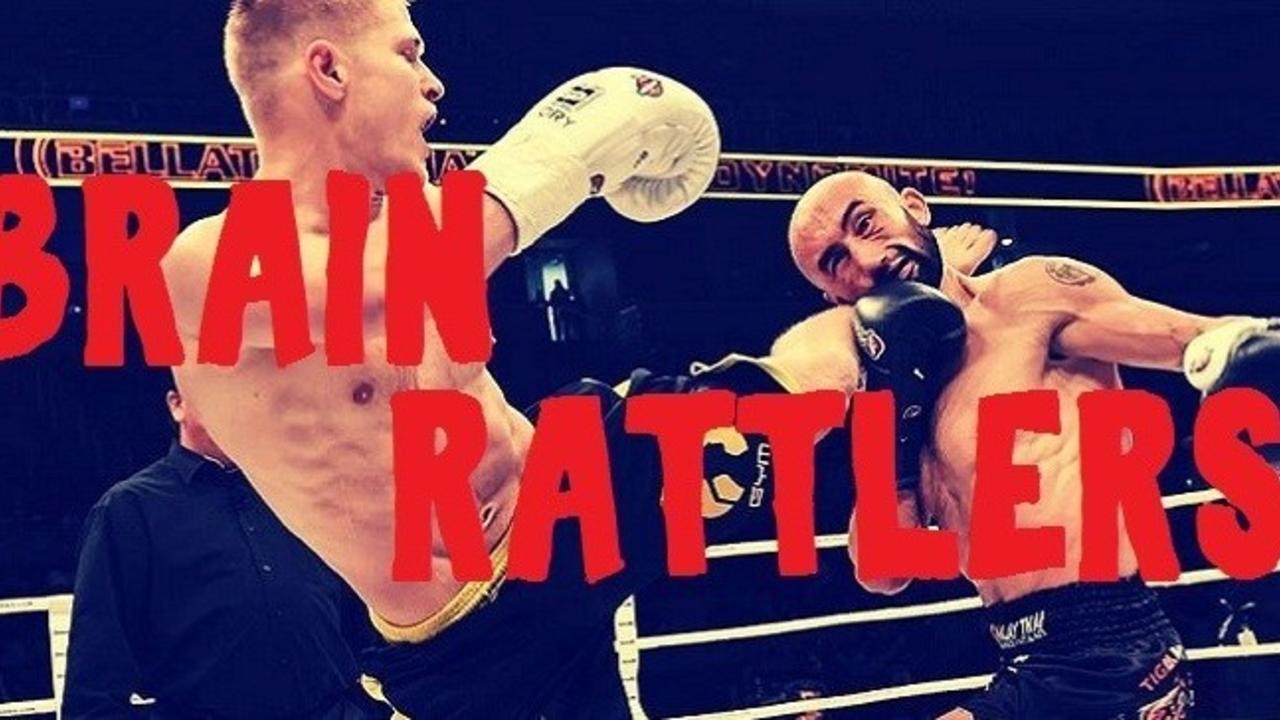 How To Land Head Kick Knockouts

High kicks. The golden technique of martial arts and, in many ways, the mark of a good martial artist.

No one just throws a high kick; only people who dedicate their life to martial arts or ballet are able to get their leg that high that easily. Be it Jean Claude Van Damme or Saenchai, everyone who throws a high kick has spent years mastering it. You need great static and dynamic flexibility, great technique and, most important of all, the ability to set up your opponent for that highlight reel KO.

So if you want to be a part of the high kick club, there are a few things that you’ll need to know.

It should come as no surprise to anyone reading this that high kicks require a little bit of flexibility.

After all, if your leg can’t stretch up there comfortably, then there’s not much use kicking here. Lacking flexibility while aiming for a high kick will almost feel like you’re hefting a big weight into the air — there’s absolutely no whip to it. Assuming you can even get your leg high enough, you do run the risk of hurting yourself.

Dynamic flexibility is the ability for your muscles to stretch while in motion. A high kick is always a dynamic stretch. You’ll need both, as greater static allows you to work dynamic.

There is no real secret for how to stretch statically; it’s just a matter of practicing the splits every day.

When you feel ready, do the exact same thing again and you should already feel yourself getting lower to the floor. You can do this for up to five to ten minutes, but if you’re starting out it’s best to start with just two.

Once you’re done, find a surface and kick upwards to the ceiling for 20 reps. Then do the same outwards. Do three sets of these for each leg.

It’s best to perform this exercise twice a day, at least five days a week, and you should see results pretty quickly.

Once you have the flexibility to throw a high kick, you’ll need to work on the technique. It can be tempting to try to throw round kicks to the body and head in a similar wide arc to the low kick. This should be avoided.

When throwing a high kick, it’s best to keep an upwards trajectory until you reach the ideal height, and then chop down. A lot of the time, a high kick will land on the neck or down on the collar bone as opposed to the head — this is okay, so long as you’re landing.

Begin in your stance and bring your rear leg up as though you are throwing a front kick. Get as high as you can, then turn your hip over.

Alternatively, you can keep your knee bent as you kick upwards and extend your leg just as you reach the target to kick through. While it’s commonly considered a karate method, it’s the preferred high kick technique of Muay Thai legend Saenchai.

This shouldn’t be confused with the Brazilian kick, which fakes a front kick and turns into a high kick. This is about keeping your kicking leg light so that it can be brought up quickly and easily.

Your flexibility is good and your technique is down, but that doesn’t mean you can land a high kick. Plenty of times in the gym I’ve seen people who can do the full splits who struggle to actually land a high kick in sparring, the reason being that even a fast high kick is pretty easy to see coming when thrown without being set up.

To rectify this, we’re giving you three set ups for the high kick:

The first is for your lead high kick.

When you’re fighting, a hook is quite often either the end of a combination or followed by another punch of low kick. Very rarely is it followed by a high kick. Despite this, a lead hook will put you in a great position to land your lead high kick.

When properly thrown, a lead hook should leave you with your weight on your back leg. Seeing as you have no weight on it, it is very easy to bring your lead leg straight up and arc down into the high kick. Not only is it a same side attack (something that a lot of fighters won’t expect), but that high kick will be very hard to block.

Make sure that before you go for that combination, you establish a threat from your rear side. You can follow up your lead hook with a rear straight or a rear kick, so long as your opponent expects an opposite side attack to follow your lead hook. This makes the surprise lead high kick even more likely to land.

Our second combination is a staple of southpaw fighting. Conor McGregor, Anthony Pettis, Saenchai — all the great southpaws use this technique, but perhaps no fighter has been quite as successful with it as Mirko Cro Cop.

By using a rear straight combined with a rear body kick, you can carefully disguise a high kick. When you have a venomous straight and brutal body kick, you will force your opponent to react. Eventually he will either attempt to parry a straight punch and get slammed in the gut or attempt to catch a kick that isn’t coming.

As all three of these strikes (rear straight, rear body kick, high kick) begin with a very similar telegraphy, you can carefully assess the reactions of your opponent. When they begin parrying punches or slipping ones that aren’t coming, it’s the perfect moment to send your shin crashing into their dome. If they aren’t reacting to the punches but are overreacting to the body kicks, then you’ll know they aren’t defending their head. Either way the result is the same for you.

Our final high kick is the one your opponent will expect the least: a high kick as you break from the clinch. This was used by the master of high kicks, Peter Aerts.

Aerts wasn’t a tremendously flexible fighter, but he was certainly a sneaky one. When you push out from the clinch and throw a high kick, the chances are your opponent’s guard will be low as they won’t have had the chance to reset.

It’s so simple, but so effective and Aerts used it to knock out many an opponent.

High kicks are the coolest technique you can throw. We could go on and talk about spin kicks and side kicks to the head, but we’ll leave that for another time. It’s important to remember that even if a high kick seems like it came out of nowhere when you’re watching a fight, there’s a very good chance it was set up long before it was ever thrown.

Next time you watch your favorite high kick knock outs, pay close attention to the sequence of events leading up to that kick. You may learn something and get one step closer to scoring your own highlight reel KO.