Sparring With a Girl: You’re Doing It Wrong 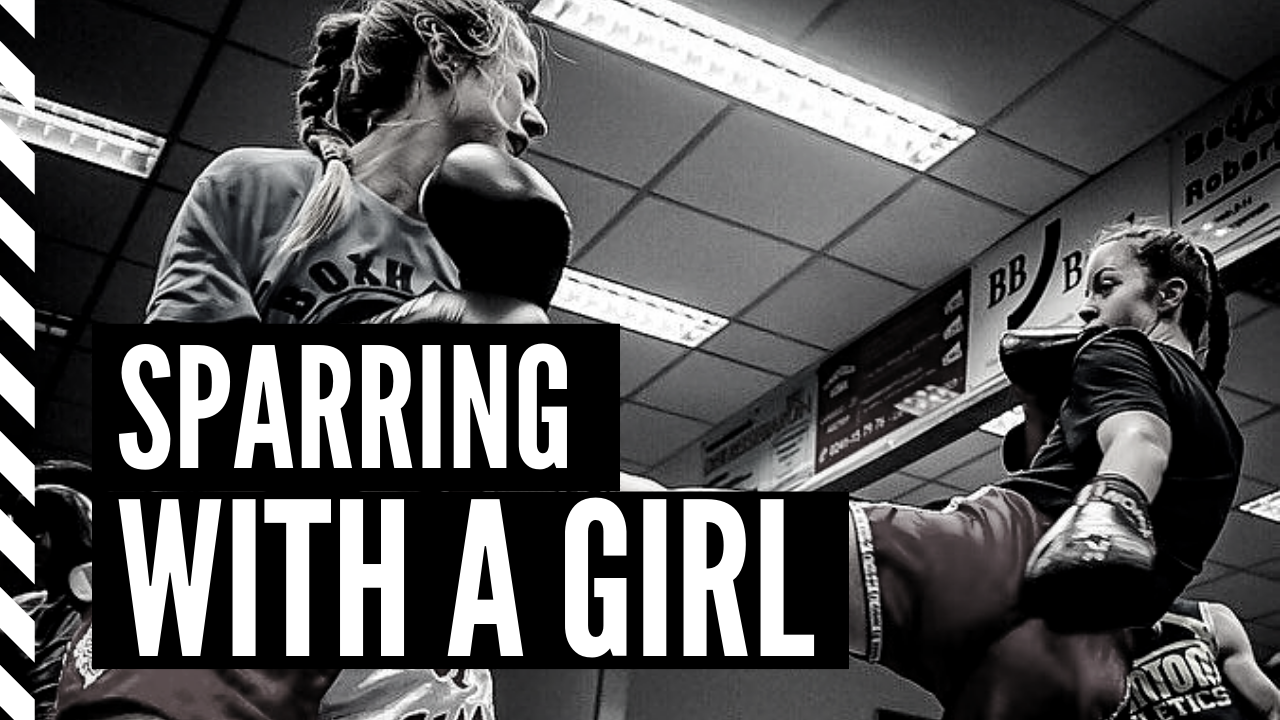 Whether it’s when they put their mouthpiece in and give me a snarky sideway look, ever so slowly put on their gloves, or just blantantly stare at my tits. Guys don’t particularly enjoy sparring with a girl. Or, at least until they know how much she can take.

Frankly, I can’t say I really blame them for it either. They can’t really go all out on me like they do each other and at 5’2”, I can’t say I’m very much of a challenge. So what’s a boy to do?

One of my favorite sparring partner is 6’3 and around 230 pounds. It’s an understatement to say we do not belong in the same weight class. Yet, he’s one of my best person to get a beating from. How so?

Because he knows not every sparring bout has to be a fight for the finish "I’ll rip your cajones" type of event.

This however does NOT mean he lets me off easy. There’s definitely been days where he gave me some tough love and considerably roughed me up because my game was shitty in the ring. Most of the time however, he uses those 3 minutes rounds to fine tune his technique, perfect his footwork and try out new combos and blocks. Basically, to fight smart.

See, sparring with someone considerably weaker than you isn’t necessarily a tedious chore. It can actually turn into a very productive feat if you choose to use this time wisely. So next time you internally – or obviously – roll your eyes at the girl who’s up for a round with you, get over yourself and take the opportunity to:

Now’s the time to throw some spinning shit, try to land a superman punch, or evade teeps with that super precise technique you were taught in class and wondered how in the hell you could ever use that into the ring.

Keep in mind though, that while you may be stronger, she might be faster. If she’s good, she’ll retaliate quickly and keep you on your toes. So make it fancy, but stay focused.

Concentrate On Your Breathing

Make the most of this sparring to create good habits for your next fight. Aside from footwork and technique, breathing should definitely be focused on because it’s one of the few things you have the utmost control on… and also because it’s usually the first thing that’s thrown out of the window when fighting.

I had the pleasure of meeting Ajarn Bryan Dobler founder and Head Instructor at Double Dose Muay Thai in 2014 who taught us about combat breathing.

Combat – or tactical – breathing is a technique used by Navy SEALs when going into battle, you do it using the “Theory of 4s”: inhale for 4 seconds, hold your breath for 4 seconds and exhale for 4 seconds. Breathing this way for a given number of times calms the nervous system helping control adrenaline, leading you to avoid the ever so dreaded adrenaline dump.

If you’re ever truly able to master this in a stressful situation, you’ll be able to counteract stress related reactions occuring in your body come fight night.

You won’t always be “stuck“ in a ring with a girl.

There are times where you won’t be able to beat your opponent with just raw athleticism (like Firas Zahabi, head coach at Tristar in Montréal says in the comment thread of a video you can see here), times where you’ll then be left with two options “deceptions and counters”. So work on them when you have time. Get in your muscle memory and your brain the art of making your opponent “defend here, while you attack him there”, because well… like Firas says “this is what great fighters do”.

In the end, everybody wins.

You get the chance to improve your game in ways you wouldn’t have been able to if you only sparred with partners your size and since the girl is getting you at your best she can only get better as well. She’ll obviously be more spent than you at the end of the round, but she’ll only thank you for it.

I know I’ve reached out and thanked every guy who made my sparring difficult. So bite down your mouthpiece, put on your gloves, concentrate on your breathing and have fun with it because anyone that has the balls to step into the ring – man or woman – deserves your respect.