Preparing For Your First Smoker 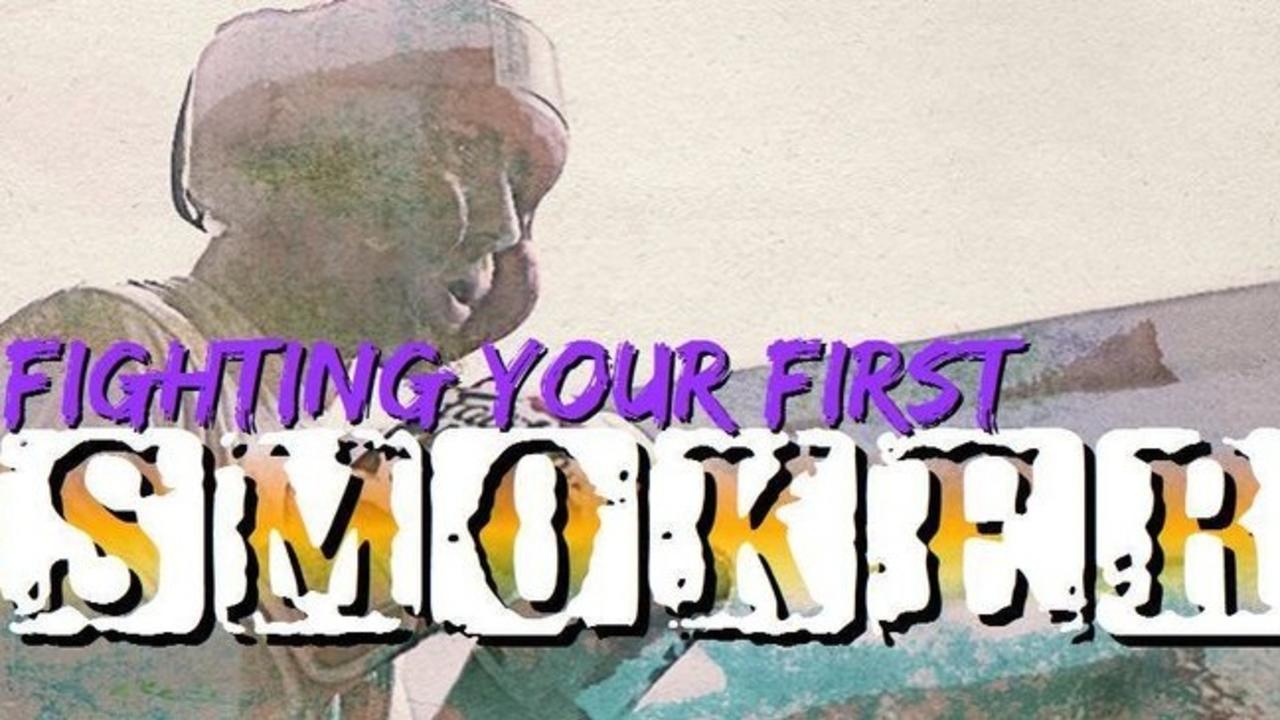 QUESTION: HOW DO I GET READY FOR MY FIRST SMOKER?

Smokers, interclubs, or exhibitions (whatever your preferred nomenclature) are friendly fights set up between gyms. Usually there will not be any judging involved nor will the results be on an official record. Fighters are encouraged to use clean technique and contact is limited to “just shy” of full strength.

You might feel that smokers are trivial and inconsequential considering the factors above.

Quite the opposite, a smoker is a huge milestone for fighters who are ready to take their training to the next level. It is the opportunity to utilize all the tools learned during the long hours in the gym and apply them under pressure.

There is never a set blueprint for someone entering their first fight, but fear not – we’ll go over some of the important steps that should be taken prior to your very first smoker.

Stamina should be the essential concern when it comes to performance in a smoker. Fighters are expected to last through three two-minute rounds. This sounds easy enough, but when other stressful factors such as pressure and anxiety come into play, many will find that fatigue sets in way quicker than usual.

First-timers need to be wary of the adrenaline dump that comes from performing in front of the crowd. Also factor in an active opponent who’s throwing a bit harder than usual. Should an adrenaline dump occur, fighters should be able to push through with a strong performance due to their training leading up to the smoker.

Roadwork, skipping, sparring, and pad work all help increase endurance. Each of these activities should be routinely done to keep the proverbial gas tank topped off.

An effective gauge of preparedness for the smoker is by sparring three two-minute rounds at a fast and controlled pace with several people at the gym. For added insurance, continue to swap out sparring partners for fresh ones as you get progressively tired. This will best simulate fighting under the conditions of an adrenaline dump.

If you can spar for a whole class session against fresh partners every round while keeping pace, it’s safe to say your endurance is up to par for the smoker.

The lion’s share of first-timers always try to gameplan before the actual fight. However, at this stage of combat, things can quickly devolve into a wild, instinctive brawl for survival.

All internalized gameplans, techniques and structures tend to fly out the window after the first hard strike lands. The ring induces tunnel vision that restricts fighters from seeing openings or tendencies in one another.  This is exactly why it’s crucial to be able to LISTEN to the cornermen as the fight goes down.

Fighters who are able to parse the information their corner men feed them during the fight and in-between rounds will have an easier time taking advantage of an emotional fighter who just sees red. Practice listening skills by having your corner actively give you advice during regular sparring sessions.

If you are able to carry out gameplans that your corner is constantly feeding you in real time, you should be good to go during the smoker.

STEP #3: Get Used to The Pressure

Even the best prepared performers can crumble under pressure.

The expectation to perform on the spot can cause a mixture of emotions that interfere with the best. Just the sight of the crowd alone is enough to start the adrenaline rush for first-timers. In fact, beginners will spend most of fight day primarily combating the anxiety within themselves.

The best way to get over the stress of performing is to actually get out there and perform. In other words, bite that bullet, hard.Remember that smokers are there to help you get over the jitters of competition. The best lesson is the one you receive after completing the smoker – that competing isn’t all that intimidating as it seems.

You never really know what to expect until have done it. Nobody is ever really prepared for their first fight or Muay Thai class no matter what they do in preparation because of how unfamiliar the situations are. The best way is to go into the smoker the same way a beginner would have started Muay Thai, by just doing it.

Training is hard, fighting is easy. As long as you concentrate on your endurance and listening skills, there shouldn’t be much other causes for concern.

Remember that compared to all the hard hours in the gym, fighting should ultimately be the fun part. Celebrate your decision to take your training to the next step.

Relax and give it your best!