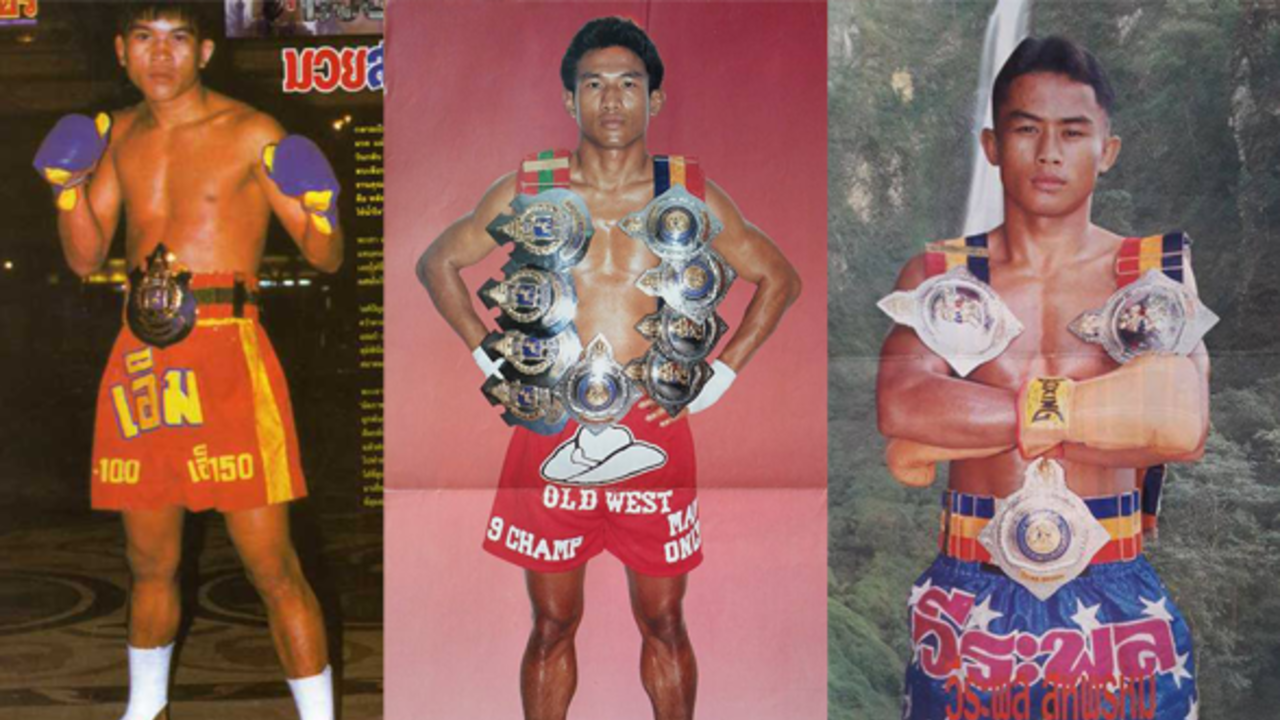 Almost every sport has its “historians” that can pull out great moments and personalities concerning their sport (or favorite team) from literally any era out of their mind.

But in most sports, fans and “historians” usually agree on a time period that pretty much serves as the sport’s “business card” from a certain point. Maybe it’s because people like to romanticize about the past so much…

In Muay Thai, that time period is usually believed to be between the mid-late 80’s and the early 90’s of the 20th century.

Most Muay Thai fans (and by fans I mean people that spend at least a little time educating themselves about the basic history of Muay Thai) know of, or at least heard of, legends like Samart, Sakmongkol or Jongsanan. These fighters made the biggest waves in the Thai scene back then, but many passionate fans don’t seem to know about many of the most skilled practitioners that Muay Thai ever had.

In this article (and the mini-series that will follow it) I want to bring some of these not-so famous names up, so fans will have the opportunity to watch, learn and enjoy some high quality Muay Thai.

(real name – Theeraphol Samranklang) is one of my all-time favorite fighters.

Earning the nickname “Deathmask” by keeping the same icy facial expression for the entire fight, Veraphol was one of the most vicious and precise punchers in the history of the sport and was even WBC and WBA boxing world champion after ending his Muay Thai career.

If you like Yodsanklai (what’s not to like?!) – Veraphol is believed by some fans to be a more well rounded, more stalking styled proto-version of Yod. Veraphol has KO wins over more than one fighter from the following list.

One of my favorite techniques is the step up knee.  Back in the day, Chamuekpet Hapalang (Chor Chamuang) was to this technique pretty much what Jesus was to christianity.

One of the most decorated Muay Thai practitioners ever, Chamuekpet won a record breaking number of 9 belts in the major Thai stadiums (4 Lumpinee, 5 Rajadamnern) and was voted fighter of the year in Thailand in 1985.

However, Chamuekpet was not just a knee specialist, he could keep up a relentless pace with his kicks and clinch and packed a solid punch too. Chamuekpet successfully fought internationally and one of his most memorable fights was against the next man on our list…

Even I still have to check twice before I dare to try to pronounce his last (gym) name, but “Mr. Mean”, as he was called – was the type of clinch fighter most fans miss today.

Earning his nickname (and the fighter of the year award in 1987), Langsuan is one of the most violent and active clinch fighters I’ve ever seen, as he didn’t clinch to score – Langsuan clinched to hurt.

If you liked the famous “elbow fight” between Sakmongkol and Jongsanan, check out Langsuan vs Chamuekpet to see how a “knee fight” looked back in the day. Langsuan relied heavily on his clinch, but like many golden era fighters that had a distinctive style – was well rounded and could play his opponent’s game while still fighting smart.

Yet again we bump into a winner of the “fighter of the year” award (1991 this time). Samson was one of the most popular fighter in the lighter weight classes in the early 90’s, famous for his relentless, offense-heavy approach.

Perhaps known better internationally by his boxing name “Samson Dutch Boy Gym”, Samson won a WBF boxing title on his fourth pro Boxing fight in 1994 (at the age of 22, while already switching his focus to western Boxing) and went on to defend it for years against boxing greats of that era.

Samson’s Muay Thai career was short, but had a surprisingly large amount of memorable moments, some of which happened when Samson wasn’t even 20 years old. Samson had an aggressive fighting style, which was often based on boxing techniques and clinching.

Being talked about surprisingly late in this article, is perhaps one of the top 5 Nak Muays ever, nicknamed “Samart 2”.

It’s about time I included a bold, clear case of a “Fimeuu” (technician) styled fighter that Thailand is so well known for producing. Chatchai had all the tools and characteristics of an all time great and rose quickly through the stadium ranks in the beginning of his career, showing a ridiculously rich skillset and kinesthetic intelligence in the process.

Chatchai was a crafty kicker, known especially for his high kick and also scored knockdowns and knockouts with spinning elbows, a rather difficult technique to execute against top level competition.

Unfortunately, Chatchai’s time at the top wasn’t long, as he had trouble to keep his weight down at the later stages of his career, while having too small of a frame for the higher weight classes (Chatchai had a rather stocky, muscular build for a technician).

The career of the “Fimeuu” usually lasts longer than the career of the more aggressive styled fighters, but Chatchai was an unfortunate exception to that rule, succumbing to Alcohol at the late stages of his life – and tragically passing away right after his last fight in Belarus in 2002.