Iron Mindset: 3 Ways to Think (and Perform) Like a Fighter 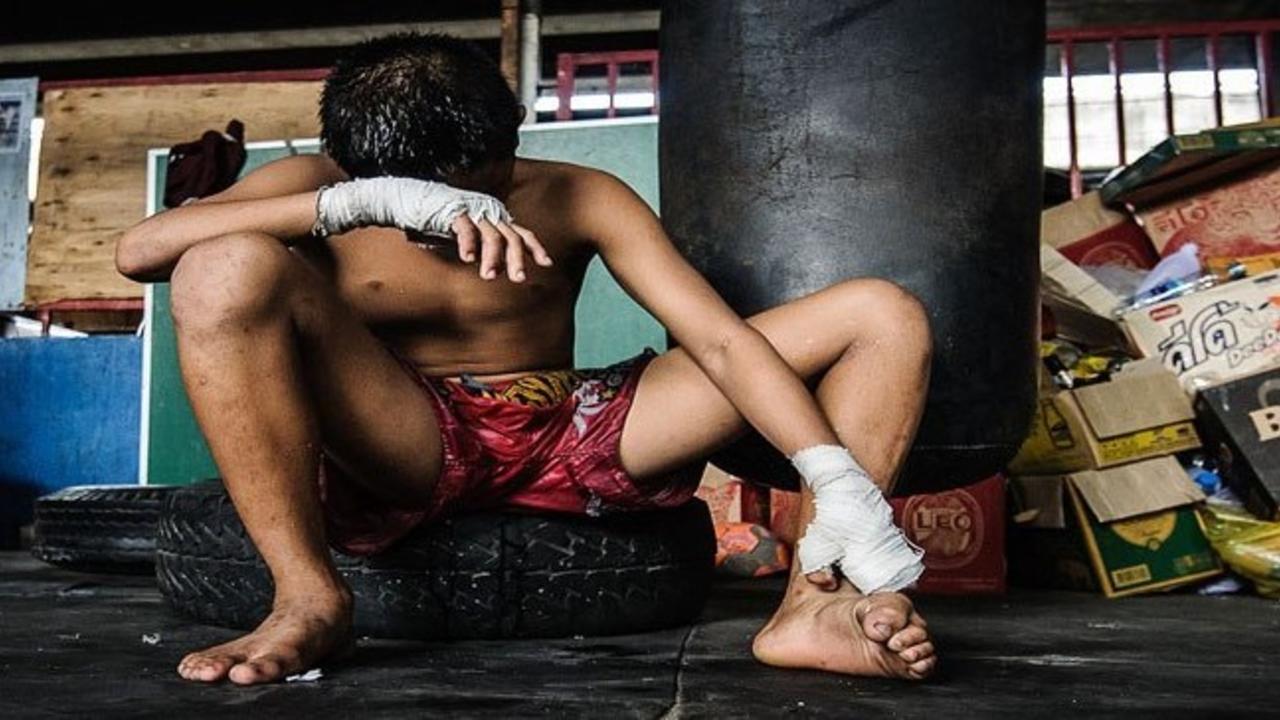 “Fighting is 90 percent mental, and the rest of it is in your head.”

The psychology of fighting has spawned more Yogi Berra-style quotes than I can count, but they all seem to agree on one thing: mental toughness is key.

Throughout the history of combative sports, certain fighters have found ways to “weaponize” their minds, using mental toughness to break their opponents in the way others use speed, conditioning, or technique. This article aims to give you tools to add this kind of psychological weapon to your arsenal.

In today’s special guest post, the Warrior Punch team offers up three psychological techniques you can use to build an iron mindset.

Whether you’re a boxer, nak muay, karateka, or a white-collar worker trying to build up the courage to ask for a promotion, these mental strategies will help you manage self-doubt, maximize performance, and find strength in scary situations.

1. Draw Strength from Your Skill; Trust Your Technique 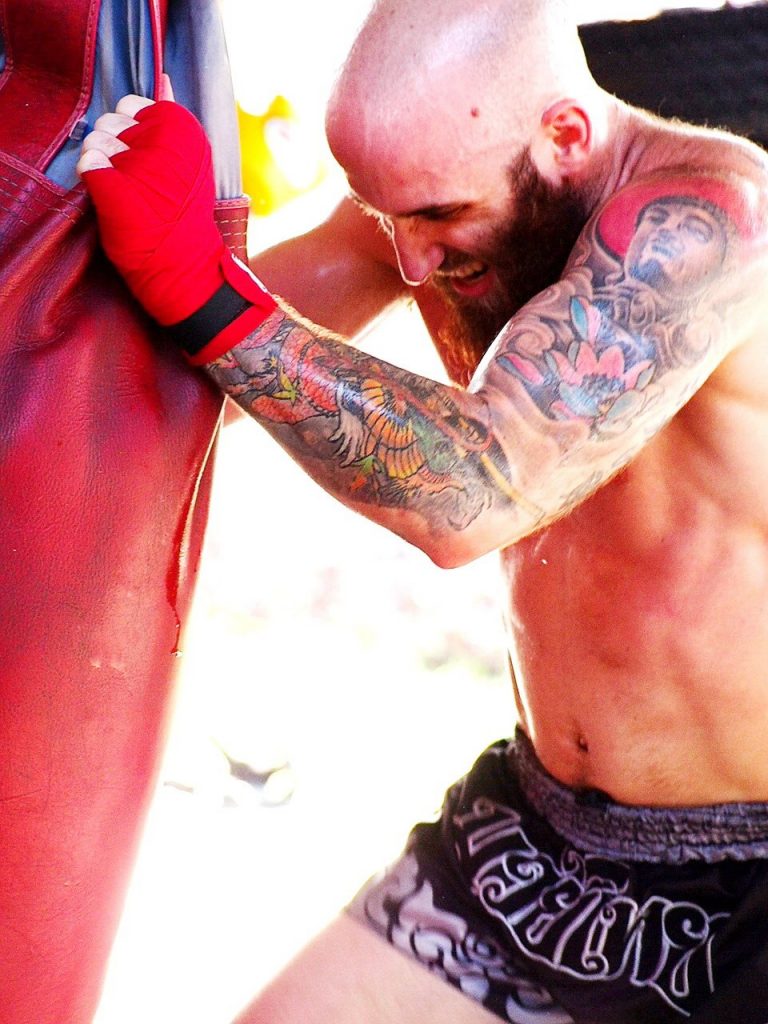 One of the best ways to mentally prepare yourself for anything in life is to get really good at that particular skill or task. It’s not the answer most beginners in search of “magic pill” solutions want to hear, but confidence is usually proportionate to the practice time you’ve invested in whatever it is you’re about to do.

Feeling nerves before a big test? Study until you know the material inside-out. Butterflies setting in before your big presentation? Nail down your speech.

Of course, this approach isn’t 100% applicable to fighting; after all, everyone involved is already trying to get really good, and that doesn’t stop pre-fight nerves from creeping in. Fighting also isn’t a math test where your knowledge and abilities are displayed in a vacuum; it’s a competition, and all the preparation in the world won’t matter if your opponent has outworked and outlearned you.

Fighting is also highly unpredictable; though feints and physicality can give you a measure of control of your opponent, you ultimately have to make the ring walk knowing that anything can happen out there – that’s what’s so scary.

Still, I’ve found that nothing beats solid preparation when it comes to dealing with my pre-fight nerves. I tend to draw the most mental strength from time spent honing my defensive skills. Since I’m in charge of the openings I leave my opponent, trusting my defense gives me a sense of control.

Having sunk serious time into my head movement, parries, shoulder rolls, and exits, I can tell myself that I’m probably not going to run into anything stupid. I have answers to different strikes at short, middle, and long-range, which means I probably won’t get caught looking clueless. I’ve built a decent defensive radar, and generally know when I’m leaving openings, which means if I’m going to get caught with something, it’s going to be because my opponent set me up beautifully, and that’s nothing to be ashamed of.

Repeating these simple facts does wonders for my pre-fight confidence, and strips away a lot of the performance anxiety that would keep me from doing my best.

Develop your technique to the point where you can trust it, then draw strength from your skill. I realize this advice kind of sucks – it can’t help you right this second, anyway – but it’s important that you hear it early on. Understand that the answer to most of your problems boils down to this:

The sooner you accept this, the faster you’ll improve. 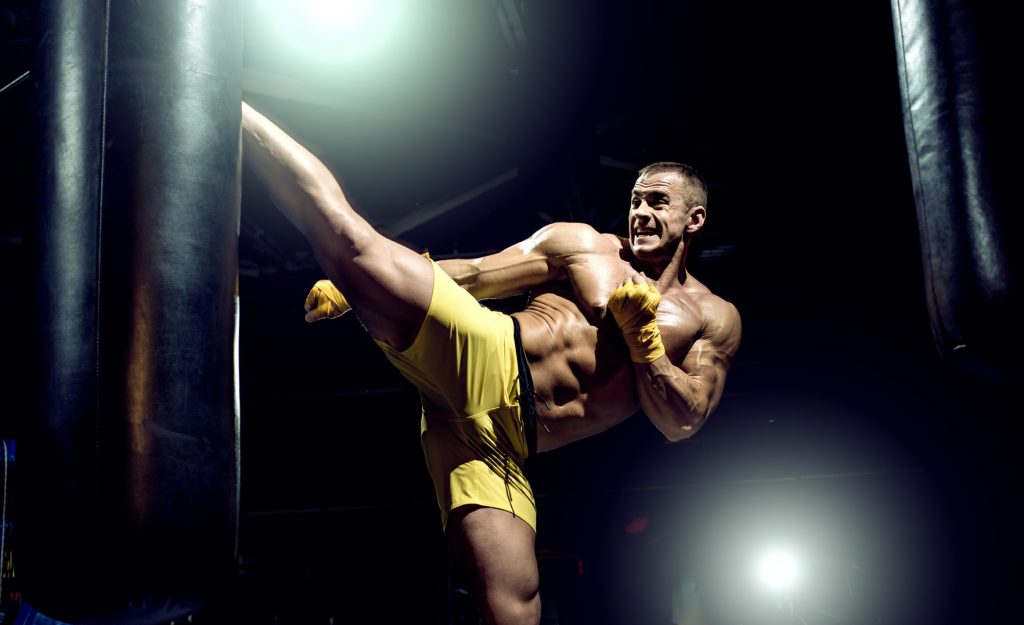 For some people, crushing performance anxiety is as easy as closing their eyes and imagining the fight going in their favor. It is widely accepted in the scientific community that visualization evokes real physiological responses, but what if I could prove it to you right now?

Allow me to introduce the Lemon Drill. This simple mental exercise will make you a believer in the power of mind over matter, and it only takes about 10 seconds. Here’s how it’s done:

Did your mouth start watering? Maybe your jaw started arching in the familiar way it does before biting into something sour?

What’s my point? The lemon isn’t real: you had a physical response to the pictures you put in your head.

More importantly, you control which pictures get in. In the same way that picturing a lemon primed your mouth for food, picturing yourself getting the better of exchanges in the fight primes your body to perform. Conversely, allowing your doubts to spiral out of control does the opposite: negative visualization primes the body for stress, tension, and ultimately, defeat.

Now that we know visualization works, let’s talk about best practices. Visualizing the fight is great, but the real secret to building an iron mindset is to visualize everything.

In the lead up to a fight, I run a series of exhaustive “visualization simulations” that cover everything from the moment I wake up that day to the second I have my hand raised. Aside from the fight itself, I picture my breakfast that morning (should I be so lucky), the drive to weigh-ins, the feel of the scale underfoot, the pre-fight physical, what I’ll have for lunch, the nerves creeping in while I wrap up and wait, the walk to the ring, the opening bell, and the moment they announce my victory.

Ideally, running comprehensive visualization simulations like this will make everything feel familiar on fight-day. Rather than being overwhelmed by the moment and unable to perform, you’ll coast through the day with a strange sense of déjà-vu.

For best results, mix up the details of your visualizations. Try to imagine the same positive outcome in as many different ways as possible. For example, vary the look of the venue in your mind, and alternate between red and blue corner with each simulation you run. This prevents you from being thrown off when reality doesn’t perfectly match the experience you’ve constructed in your mind, while still giving you all the benefits of visualization. 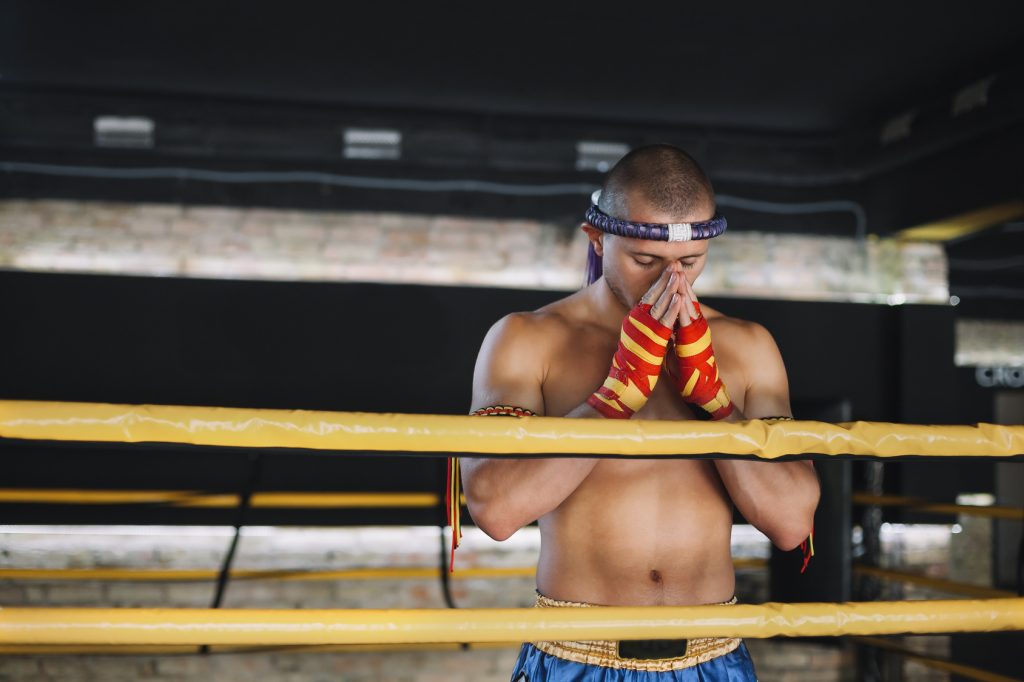 Mushin no shin is a Zen expression that means “the mind without mind,” and refers to a mental state that martial artists strive to enter in combat. In this state, you are insulated from everyday thoughts of anger, fear, and ego. When the mind is free of these things, it can focus on the task at hand without interference.

For fighters, Mushin no shin allows technique to find its fullest expression. Free of nagging fears and performance anxieties, you become faster, sharper, and completely “in the zone.” Because you no longer exist in that moment, you become fully present, dialing into your opponent’s tells, rhythms, and openings in new ways.

If this is starting to sound too much like a Kung-Fu theatre superpower, try to think of Mushin no shin as an extension of the “flow state” you may have read about in Western sports psychology. It might sound crazy, but this is a legitimate mental state that you can access with simple techniques.

One of the most popular Mushin no shin techniques is known as “wide-angle vision.” Used extensively by military personnel, hunters, and outdoorsmen, wide-angle vision is exactly what it sounds like: you literally widen your field of view. You can also think of it like pushing out the “walls” of your peripheral vision to enhance your perceptive powers.

Wide-angle vision allows you to expand your field of view and take in everything at once. Though you lose out on finer details, you gain an incredible ability to detect motion. Your sense of smell and hearing also heighten as you engage completely with your surroundings. This deeper connection to the present moment is what karate practitioners believe helps bring them closer to the state of Mushin no shin.

The martial arts applications of this technique are obvious.

Even if you write Mushin no shin off as dojo-cult wizardry, having the ability to detect motion quicker has huge benefits for defense and counter-punching. I’m a pretty skeptical guy, but I’ve had great results using wide-angle vision in sparring and open class amateur boxing bouts, both in terms of picking up on my opponent’s movements and grounding myself in the present moment.

But even if you don’t plan to fight, the Mushin no shin philosophy can help, especially if you’re the kind of person who’s often overthinking things and getting in your own way.

Give wide-angled vision a shot and let me know if it works for you!

On behalf of the Warrior Punch team, I hope these psychological techniques come in handy. You can find more tips for staying calm in the ring here, as well as many other free training resources at www.warriorpunch.com.