Hard Sparring Hardly Worth It 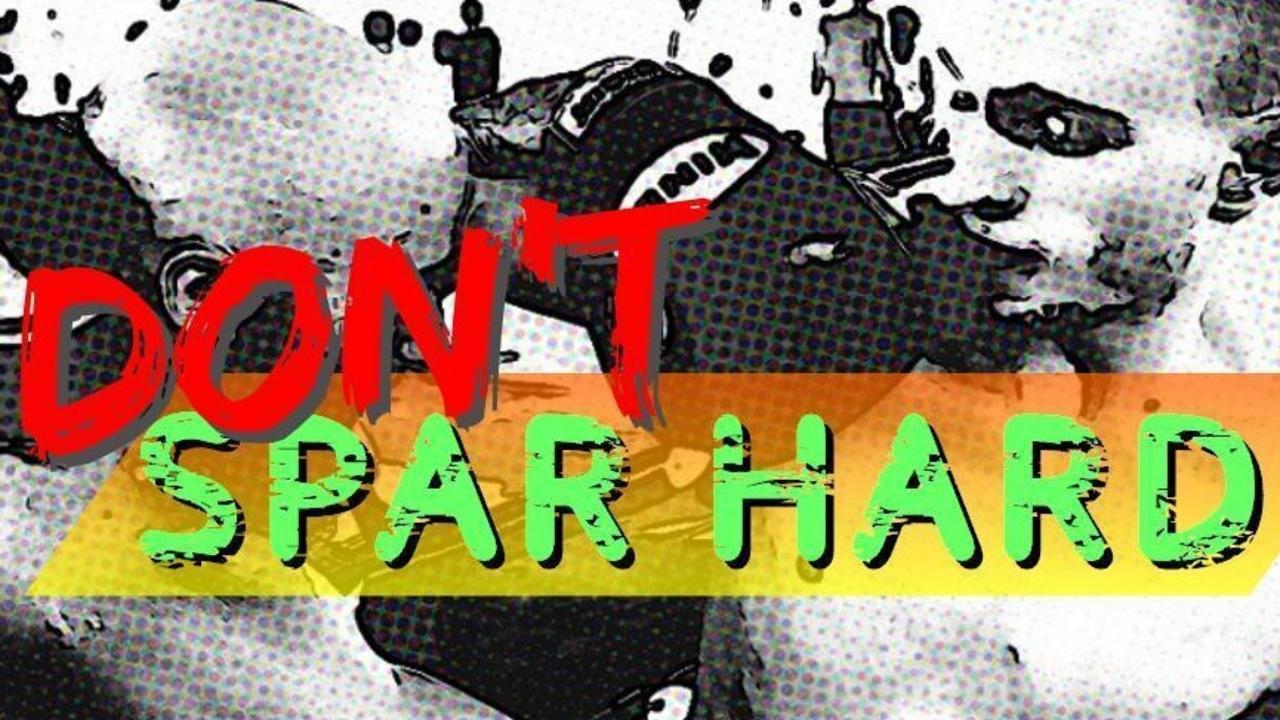 When it comes to fighting, there is no argument that it’s one hell of a tough sport. But how is toughness really built into fighters? Is must be all the long hours in the gym rotating through countless sessions of hard sparring, right? How many UFC and boxing highlights have we seen featuring fighters battering their sparring partner in the days leading up to a fight?

These adages are as old as time and exist across disciplines and sports. If you’ve ever trained to fight, you know these push-through-the-pain maxims by heart, mostly because your coach has shouted them at you in the middle of hard sparring sessions. Encouragement like this has been shown to help fighters move past their limits, mentally condition themselves to eat hard shots, and alleviate the fear of contact.

That said, hard sparring is hotly contested since there are plenty of “safer” avenues for self-improvement. Punishing yourself in the gym so the actual fight seems less cruel does, indeed, work, but it also shaves years off your sustainable fighting career. It just doesn’t make sense for fighters from a long-term viability perspective, which is why we’re taking a closer look at some of the inconsistencies and contradictions presented by this divisive hard sparring method.

Hard sparring is known to push fighters past their limits by simulating extremely uncomfortable environments that may present themselves during a fight. This raises a fighter’s tolerance level for stressful conditions such as fatigue and pain, meaning he or she can fight longer and harder.

The mental toughness that hard sparring fosters is important since it essentially enlightens fighters to a revolutionary idea: fighting is nothing to fear (though sparring may be). The fighter thinks, “I’ve been through far worse than a fight” by recalling some of his or her hardest, most grueling sparring sessions. This is a deep, powerful revelation that fighters can glean from no other manner of preparation besides hard sparring.

…except that every day during a camp leading up to the fight is a test of mental fortitude. Fighters are still putting in long hours at the gym during times of extreme weariness and aches. Why is there a need to go out of your way to build, from the bottom up, a tough mentality when fighters are constantly cultivating it throughout their whole camp?

The reliance on hard sparring to reinforce mental toughness sounds like a strange concept when every activity in the gym is meant to continually test the physical boundaries of the average person.

If hard sparring serves to condition fighters to take hits at full force, then getting punched or kicked during the real fight should be of no shock… right?

Consider, however, that every individual fighter is a completely different entity. Not all body frames are created equally and all power varies. One fighter may lack speed but possess more than enough power to turn off someone’s lights. Other fighters can be blessed with both freakish speed and Donkey Kong strength – even in a dimunitve frame. (I’m looking at you, Zambidis!)

To make matters more complicated, there are thousands of factors to consider as to why a single, cleanly-landed strike feels like a mere grazing in the first millisecond, then suddenly bears the weight of runaway bus in the next.

If no individual hits the same, how do we determine that a punch/kick we took during a hard sparring session is adequate enough to simulate “the real thing”? Frankly, there just does not seem to be a proper benchmark to condition the body to the shock of strikes taken during a real fight.

Performing in front of a large crowd can be nerve-racking. The heart races and stress levels shoot through the roof. Tunnel vision can set in and the shouts from one’s corner become echoes in the distance, vanishing into the cheers from the crowd.

Fear not, because hard sparring looks to induce the same sensations and closely replicate the raw, confusing moments from a real fight. The lesson is simple: maintain emotional control of yourself during hard sparring and confidence should follow when you’re in the ring.

You could also argue that the adrenaline and sensations felt during fight day are completely different than that of a controlled hard sparring session. There is no doubt that getting hit hard and the danger of getting hurt can bring about stress, but there are also other, unpredictable, difficult to reproduce stimuli that are at play when fight day rolls around. The pressure to perform and will to win on that day becomes the mentally taxing element of a fight. For some, the crowd and expectations are more stressful than the act of taking hard hits.

Although this article evaluates some of the contradictions when it comes to using hard sparring as way to build mental resilience for fight day, it does not mean that there aren’t any benefits to sparring hard. For example, hard sparring can be used to confirm that your defensive and offensive techniques work at full speed and power.

At the end of the day, though, hard sparring is a learning experience in itself and once you have done it, the lessons should remain with you forever. It doesn’t need to be a permanent part of your training; that’s just irresponsible.