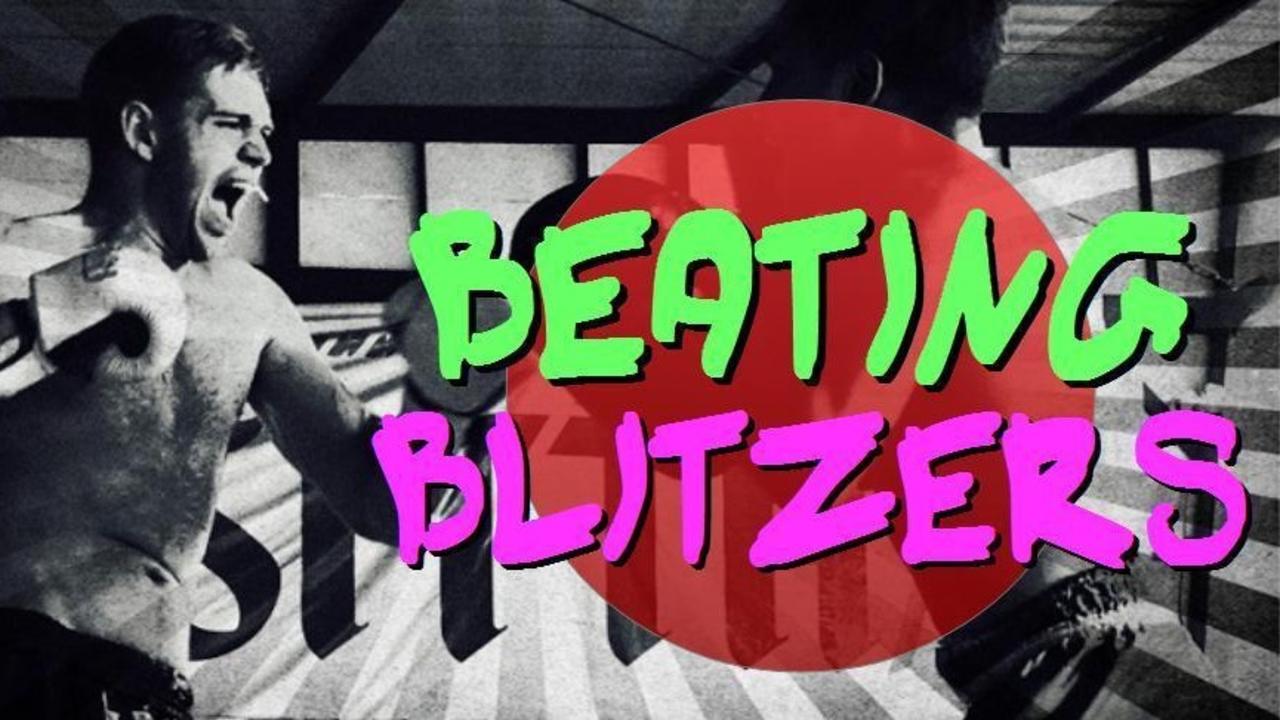 LEARNING TO COUNTER THE AGGRESSIVE BULL IN YOUR GYM

Behold! the original list of ten sparring partners that you will encounter continually throughout your career. Today we break down one of the most challenging opponents to overcome in the gym: aggressive sparring partners. We called this fighter “the God Mode partner,” but they are better known as “blitzers.”

Imagine this, if you will: The bell goes off and you settle your eyes on your sparring partner for the round. As soon as you touch gloves, he or she goes in. I mean really goes in on you. We’re talking about non-stop combinations, punches and kicks, barely giving you any space to breathe. You’re trying to defend and hit back but you’re also worried about what might be coming next, which is coming at you in a matter of nanoseconds.

While they’re not necessarily hitting with ill intent, the aggression from this opponent is there and it absolutely sucks to be on the receiving end of it. How do you manage to stay focused and calm when you’re eating strike after strike? How can this wild animal of a sparring partner be tamed?

Here’s what to do.

The first thing you should do is tell your body to relax. When you release the unnecessary tension from your body, you become much more reactive to what’s happening (think “bullet time” from The Matrix).

Be reliant on your eyes. Focus on one spot, perhaps their chin or chest, and use your peripheral vision to be on the lookout for incoming shots and holes in their game.

Are they dropping their hands when they throw a certain shot? Are they stepping in an angle where you can trip them? Allowing your eyeballs to dart all around is not a good habit to develop, much less so when it comes to going up against someone aggressive. Instead, train your peepers on your opponent and spot opportunities for assault.

Breathe, focus and use your eyes. You will feel like the situation is much more manageable this way.

THEN, DO THIS: Jab

The second thing you should do is use your jab. Using your jab clouds their field of vision and will make them hesitate before coming in with their next combo.

Jabbing will also help you to set up your own strikes. If the jab isn’t working very well, mix it up with the teep. The teep is called a “foot jab” for a reason, and it is very effective at keeping people away from you. Disrupting their rhythm will buy you time and make them think twice before running in with their combination. Also, every teep that lands means a missed opportunity for them to hit you. If you can’t get in, you can’t make contact.

Instead, work on lateral and circling movements. This way, they will have to reposition their body and feet in order to strike again.

FINALLY, DO THIS: Hit Back

Lastly, do not be afraid to hit back! Nothing encourages an aggressive fighter more than an immobile opponent (i.e. a walking, talking heavy bag). If you start hitting back, they will not be as enthused to keep hitting you without stopping because they know there will be consequences.

You can time your kicks to when they punch – this creates a natural fear response in most people. Similarly, when they kick, disrupt their kicks by catching and sweeping, or sticking a punch in their face. If for every time you are hit you hit them at the same time or exploit an opening, they will receive the message: “Don’t wade in. Bad things can happen!”

Follow these three tips and send aggressive sparring partners back to their corner – or at least make them think twice before blitzing you by being smart and opening your eyes to look for opportunities.