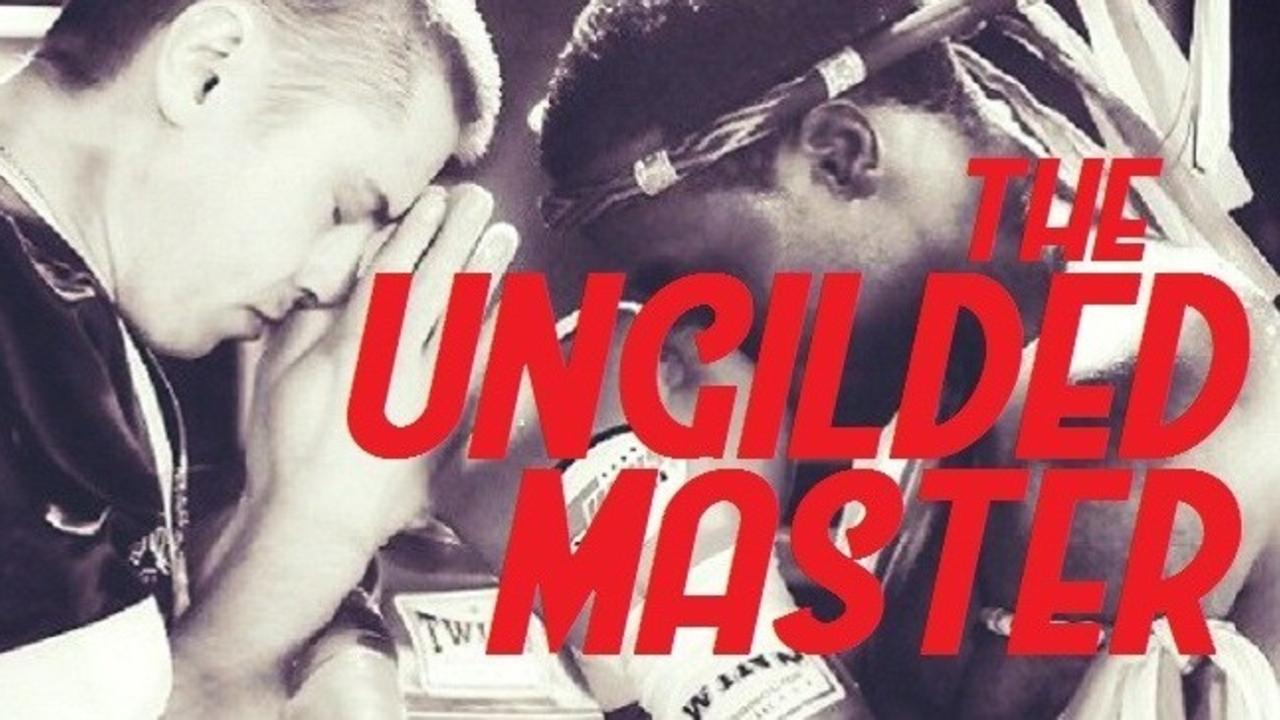 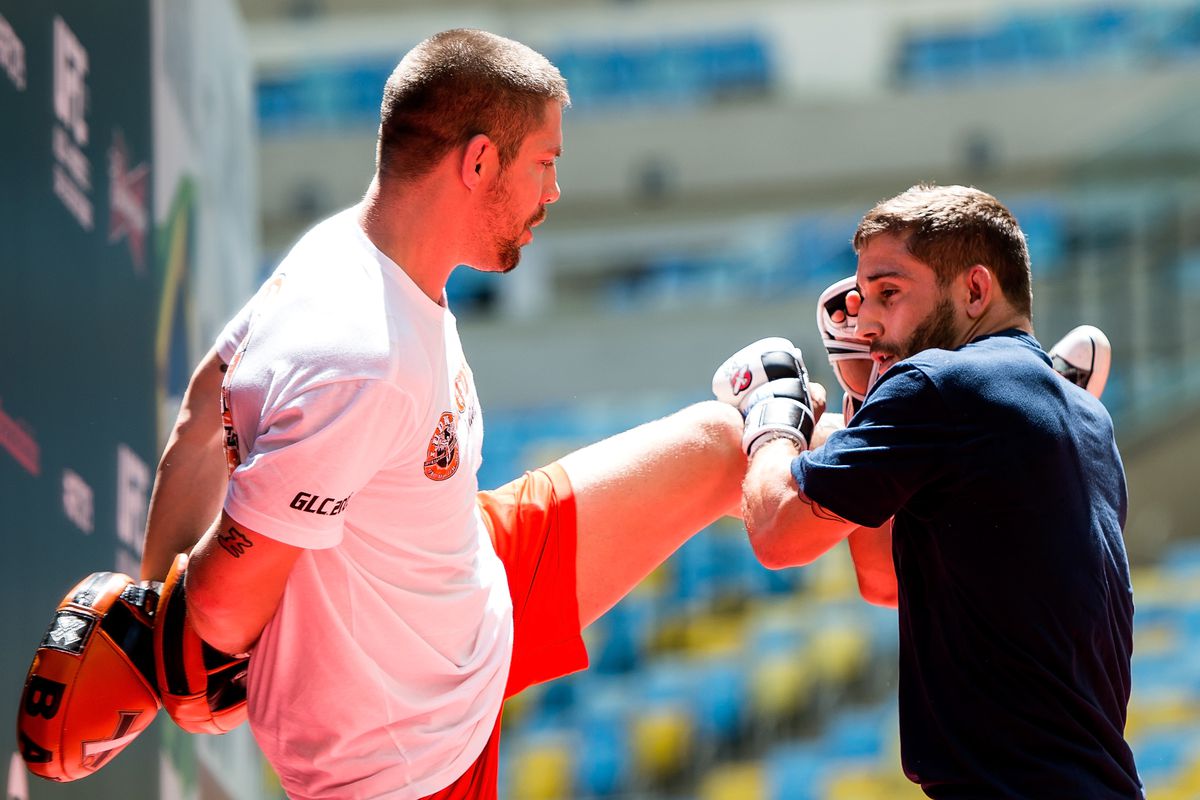 When it comes to head coaching, there can be several factors that determine success, but the criteria of being a world champion should not be a core pre-requisite. With that said, let’s take a look at some of the most successful head coaches today whose success was not defined by their record.

While Ludwig had his success in some facets of kickboxing, he was ultimately outclassed when pitted against some of the bigger names in the sport (Masato, Albert Kraus, and John Wayne Parr). After retiring from K-1 with a disappointing 4-7-1 record, Ludwig transitioned into the world of MMA.

MMA is where Ludwig found his greatest competitive success. At one point, Ludwig was considered one of the top lightweights in the world due to his wins over MMA greats Jens Pulver and Genki Sudo. However, after losing to B.J. Penn, Ludwig struggled to regain any further momentum throughout his career. He retired after a three-fight losing streak in the UFC, each tilt ending in the first round.

Despite never touching UFC gold nor reaching contention status, Ludwig was able to help others achieve what he did not. The resurgence of Team Alpha Male in 2013 was largely credited to Duane Ludwig’s newfound role as their head coach. Under Ludwig’s tutelage, Team Alpha Male went on a 13-0 streak at one point, effectively winning him Coach of the Year honors (and the year after as well).

Most will recognize Ludwig as having played a pivotal role in T.J. Dillashaw‘s development and ascension to become the UFC’s Bantamweight Champion, twice. The most notable example coming from the most recent title fight against rival Cody Garbrandt to reclaim the UFC Bantamweight. Ludwig demonstrated his worth as a coach with fight-ending direction in between rounds. After Dillashaw gets dropped in the first, we see Ludwig jawing at him in the corner, calm and patient as always, delivering the counsel that led to T.J. winning his second gold belt:

” Not everything has to be a set up. Just blast the kick. “

AFTER LUDWIG’S ADVICE IN THE FIRST ROUND, T.J. THROWS OUT A HIGH SWITCH LEFT KICK THAT PUTS CODY ON ICE SKATES.

Freddie Roach showed much promise in his early boxing career. A force to be reckoned with, Freddie managed to capture the USA New England vacant featherweight title in 1981 after a 20-1 record.

After winning six more fights, Freddie dropped a split decision at the Boston Garden Arena that began his mixed success. He went on to fight for the ESPN Super Featherweight title twice and the WBC Continental Lightweight title, only to fall short on all occasions. Tragically, towards the late stages of career, Freddie began developing signs of Parkinson’s Disease that ultimately had him retiring after losing five of his last six bouts.

Regardless of how his boxing career ended, Freddie had remarkable teaching aptitude that would allow him to shine in a different light. Instead of collecting belts, Freddie began collecting numerous awards and honors for Trainer of the Year, including an induction into the California Boxing Hall of Fame under Managers & Trainers in 2006. A relatively unknown Manny Pacquiaowas molded into an elite-class fighter that went on to become an eight division world champion under Freddie’s guidance. After seeing such success, many other notable boxers and fighters who wished to improve their striking game sought out Freddie Roach’s counsel.

Nowadays, Freddie appears to be spending some time in the Canadian province of Quebec, tutoring MMA’s Georges St-Pierre, in fact cornering him in his last, middleweight crown winning bout — the first time Freddie has ever cornered a mixed martial artist.

As a testament to Freddie’s great corner advice, we look at his efforts in David Diaz vs. Manny Pacquiao. You can hear Freddie’s corner advice to Pacquiao that eventually worked into Diaz’s defeat:

“Everything works behind the jab, you hear me?”

JUST LIKE FREDDIE CALLED IT, MANNY SETS UP THE KO WITH A QUICK 1-2 COMBINATION.

What makes this coach all the more interesting is that he actually sports a 0-1-1 record in his professional mixed martial arts career, yet Greg Jackson is one of the most successful head coaches in mixed martial arts to date, almost singlehandedly transforming top-tier fighters’ games and effectively changing the landscape at the tippy top of nearly every UFC division.

Greg Jackson may not have the prestige and fame of a lucrative fighter, but through the stable of fighters under him as a head coach, we can see Greg Jackson compensates by focusing heavily on the mental aspect of the fighting game. Jackson’s game plans have been known for creating champions in the UFC. Notable fighters such as Jon Jones, Georges St-Pierre, Holly Holm, and Rashad Evans are just some of the big names that have found championship success under Jackson. This does not include the ever-growing long list of current contenders, former champions, and active fighters. It’s no surprise that the success Greg Jackson has brought to his fighters has earned him three world MMA Awards as “Best Coach” and “Best Gym” in 2009, as well as a Coach of the Year award in 2010.

You can take any corner clip from Jackson and find him doling out great advice. One memorable moment came in the fight with Cub Swanson against prospect Doo Ho Choi. Jackson’s assessment of Choi led Swanson to a Fight of the Night bonus and a Fight of the Year award, and, most importantly, the win. In between rounds, Jackson jokes with Cub, getting his head back in the game. Then, with his attention, Jackson urges Swanson on with tactical assessment:

CUB RELENTLESSLY KEEPS UP FORWARD MOMENTUM AND CHOI HAS NO REAL ANSWER ON HIS BACK FOOT.

Coaches such as Ludwig, Roach and Jackson were among the few responsible for sorting out a large talent pool. These coaches are proof that there are no championship prerequisites for coaching; they see, innately, details in techniques and fighters that others just can’t. The ability to bring out success in others is a trait that is not always synonymous with fighting itself.