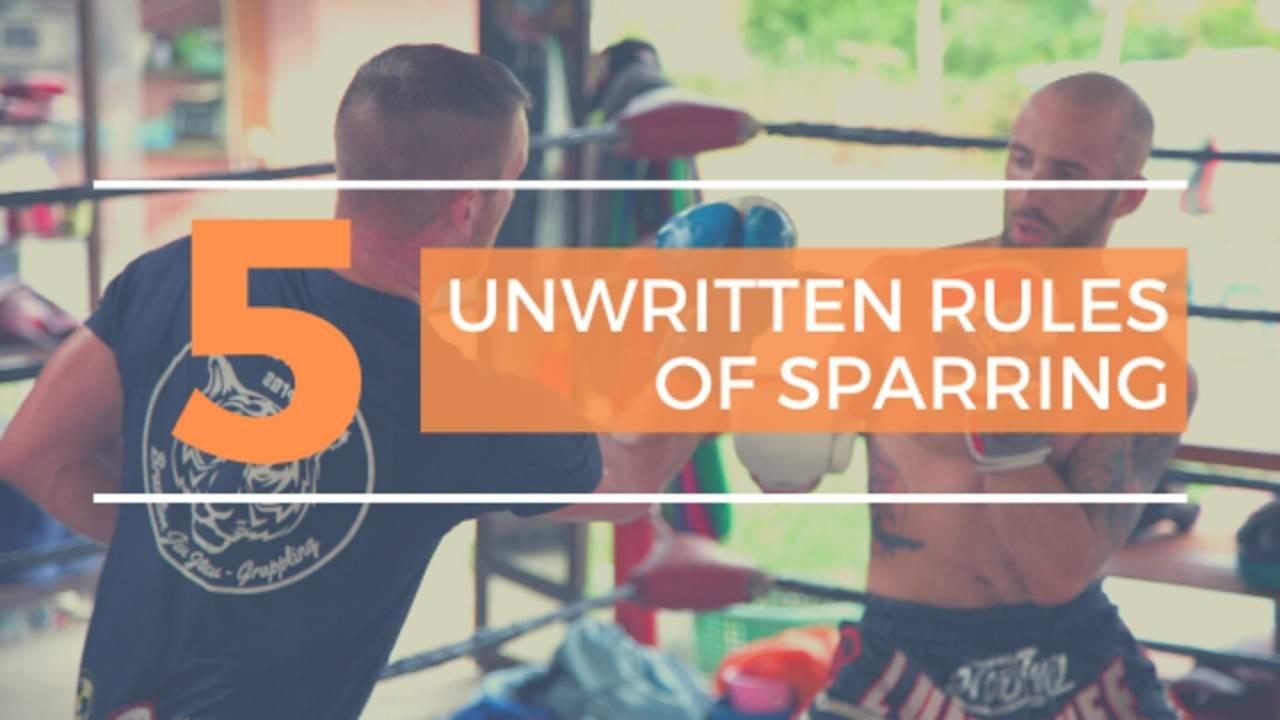 THESE ARE THE UNIVERSAL SPARRING RULES

The bell rings and you touch gloves. Not much is usually exchanged during a round or even between rounds, at least not verbally. Physically, it’s a different story.

Sparring is a part of training and everyone who’s trained for at least a bit should be doing it. For those new to Muay Thai or combat sports in general, though, it’s important to know that there are some common ground rules when it comes to sparring – no matter where you are or who you’re up against.

SPARRING RULE #1: Big gloves are a must.

Perfect for sparring are gloves in the 14-18 ounce range. They have more padding in them so that even if you go hard, it softens the blow a bit. Wearing big gloves promotes a safe environment in which everyone can participate.

Lighter gloves are meant for hitting the bag or hitting pads. Do not crack a fellow teammate with those gloves. They can get seriously hurt (broken nose, concussion, etc.) or start bleeding like a busted fountain.  There are some gyms that encourage people to spar in smaller gloves, but there’s no longevity in giving/taking shots in 10-ounce gloves. It’s training, not a fight. 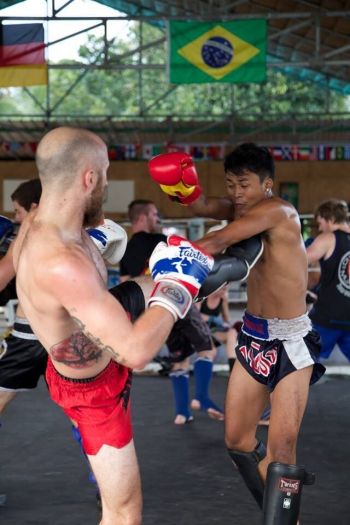 The reason why you spar is to learn. If you see holes in your partner’s game, you have to pick them apart – and vice versa. Sparring is the closest thing to mimicking fighting. It’s a great way to know what your strengths and weaknesses are and what you need to work on.

Sparring should not be throwing attacks super slow and super light in a way that has no benefit to anyone. Without it becoming a brawl, you can work on sharpening your techniques and using what you learned in class.

You don’t spar the same way with a beginner as you would with someone with 30 fights. You just don’t. With beginners, you have to be more patient with them and go lightly so they can learn to keep their eyes open and react properly.

Don’t be an asshole and break down their spirit during their first training session by throwing combo after combo while fully knowing they don’t know what to do. Keep your ego in check: there’s nothing for you to gain when you hurt someone who’s not as good as you. With experienced fighters, you can pick up the speed and intensity.

If you’re okay with hard sparring and your partner is too, there’s no reason to not do it (unless you value your brain cells, that is.) There are benefits to hard sparring if both people are game, plus it makes things more fun. However, if you’re paired up with someone who only wants to do technical sparring, then you shouldn’t go as hard with them.

Always start light and see how your partner reacts. If it’s at an intensity they’re okay with, stay there. If they hit you harder and you’re okay with it, you can pick it up as well. If you’re not okay with it, you should be verbal and ask to go lighter. If things get out of hand, a trainer should be stepping in. If a trainer isn’t around you for whatever reason, stop sparring and say you want to sit out the round.

Think this goes without saying but let’s err on the side of caution… don’t knock out your teammates!

Serious damage occurs when someone gets dropped or knocked out. You don’t want to inflict this on anyone except during a fight. To reiterate, sparring is for learning. If there are any tough guys at the gym, just don’t go with them. Put pride aside to save your head. Once you get knocked out, your brain is never the same after.

Ego should never be prioritized over safety. Always assess who you’re up against before you start throwing anything with power.

Happy teammates = progress for everyone!

Get an inside look at a sparring session between pro Muay Thai fighters Sean Fagan and Chris Mauceri.