clinching how to clinch 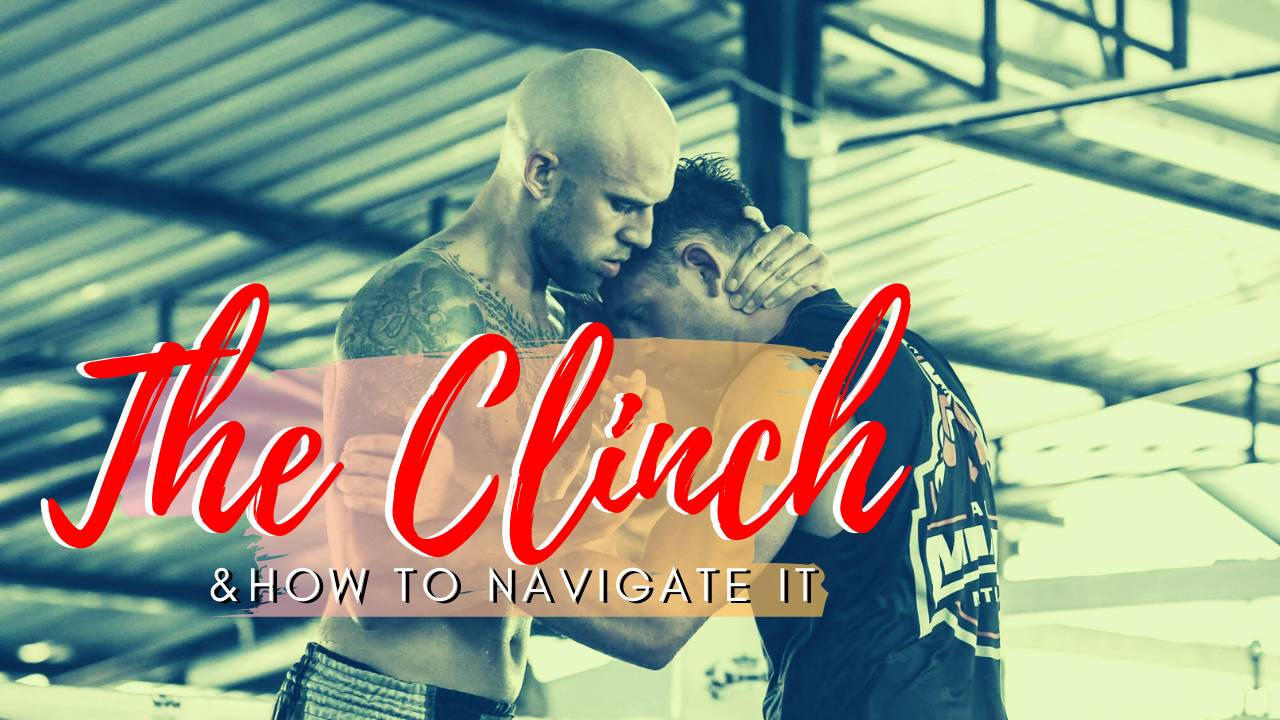 Unlike most other combat sports, the clinch is unique to Muay Thai. Learn to navigate this tricky position – or drown in your opponent’s grip. . .

HOW TO NAVIGATE THE CLINCH AS A BEGINNER NAK MUAY

Something that sets Muay Thai apart from most other types of striking is the clinch. Unfortunately, the clinch is also something many people (especially beginners) struggle with because of any number of the following problems:

Clinching is one of those things where when you have better technique doing it, it makes you stronger! This is because you know how to use your strength efficiently and know exactly where to position yourself and your limbs. Technique can only come with time and consistent training, but everyone has to start somewhere. Here are some pointers to get you started in improving your clinch game.

#1 – The position of your hips and legs is crucial.

Your hips should be squared, unlike being in fighting stance. Your legs should be open and your knees slightly bent. This is to have a good base of support. Having a better base means less of a chance of you getting swept or losing your balance when you throw knees. Being narrow and sideways only invites people to put you on your ass.

#2 – The dominant position is almost always on the inside.

For beginners, this piece of information is gold. Having your arms inside of your clinching partner’s gives you control. Clinching is all about mastering control of whoever you’re clinching with. When your arms are inside, you are able to nullify a lot of elbows as well as pull your partner around with efficiency.

Simply put, if you are in control, you will be able to throw and land a lot more shots. Practice “swimming” your arms into the inside position.

Many people learn early on that clinching is about grabbing the head and pulling it down, and by pulling it down, whoever you’re clinching with can’t do anything back. That may be a part of it, but it’s surely not the entire picture.

True – having control of the head means you have control of the body, but you can vie for the dominant position in other ways as well. Practice controlling their arms and body/neck locks. There’s so much more than just pulling down their head. Having control of their body actually confuses a lot of people more as they’re not sure of what to do.

#4 – Practice different kinds of knees in the clinch.

Most people only throw straight knees to the midsection in the clinch. Yes, this is a tried and true method, but there are so many other types of knees you can have in your arsenal! Try practicing knees to different parts of the midsection (with control during training, of course) – the ribs, the belly button, and the area just under the rib cage. Throw knees with varying speeds and angles, some straight to the target, others by slapping with the lower inner thigh.

A knee that is very popular to throw in Thailand is called the yak sai. This is a knee that slides down the midsection while pulling your opponent’s head down. This drives their body back and knocks a lot of air out.

#5 – Relax. Only use strength when you need to.

Many make the mistake of being tense the entire time they clinch. Shoulders especially should be relaxed until a reaction needs to be given. Being tense when nothing is happening will only make you extremely tired… for no reason! When you relax, you’re able to see more, adjust better, and pick your shots smarter.

Knowing how to clinch and clinch well is a huge game-changer. The art of eight limbs would not be what it is without the clinch, so make sure to never neglect it as part of your training!

Neglect your clinch game & find yourself suffocating in your opponent’s.