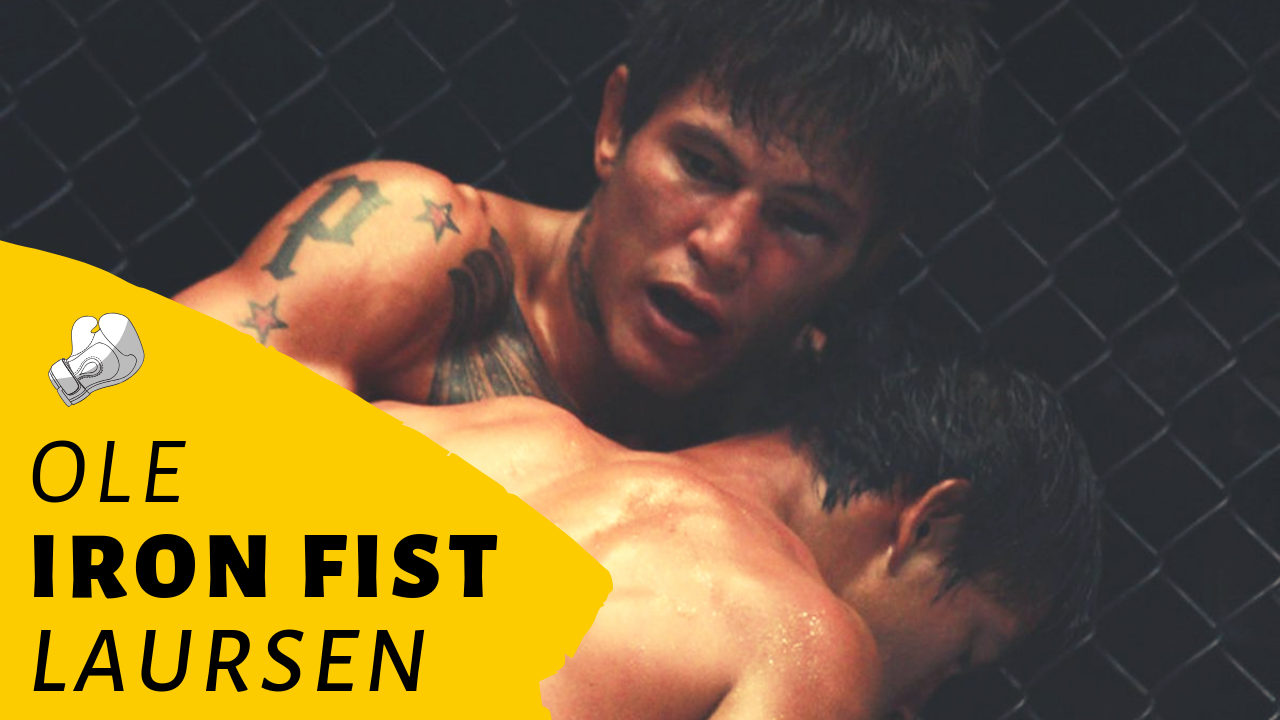 By Kyle Gilmore | All images courtesy of Ole Laursen 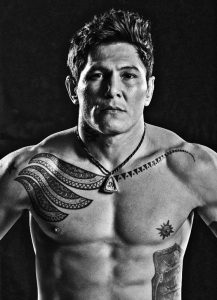 The building blocks of a world-class fighter are numerous and depending on who you ask, quite varied. Some may focus on the tangibles, the math — "What’s their record?" Some might look closer at technique and coachibility, while still others believe it’s all about natural skills and ability.

If you ask me, it’s the fighter’s heart and determination to keep going that count the most — what I call the "endless pursuit of perseverance." A paradigm of this approach to the game is International fighter Ole Laursen.

Born in the Philippines and raised in Denmark, Laursen took up Thai boxing at a young age. He burst onto the fight scene by capturing wins and becoming the champ in both the International Kickboxing Federation and International Muay Thai Championships, as well as snagging the prestigious King’s Cup in Thailand in 2002. Laursen later fought in Superleague and K-1, and turned pro-MMA fighter in 2006 (8-4). "Iron Fist" has undoubtedly established himself as a force to be reckoned with.

Laursen's drive to continue honing his craft and expanding his arsenal of techniques proves that he possesses a trait that not every fighter has — heart.

These days, Laursen is back home in Denmark, and thanks to the conveniences of modern technology, I had the chance to talk to him about his fight career — past, present and future.

A LIFE OF FIGHTING 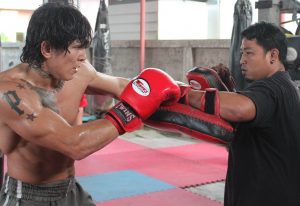 Ole Laursen owes his fight career to his brother. According to him, the two “were already troubled teens out fighting a lot in the streets,” with Laursen’s brother already training at a local gym and bringing him into that environment at age 13-14. Laursen also credits big bro with exposing him to the cult classic flick Kickboxer, no doubt having inspired the careers of countless pro fighters.

Laursen didn’t always know that he wanted to fight professionally. It wasn't until a key victory altered his life forever.

“When I won the Danish amateur kickboxing title [in 1998]," says Laursen, "that was like the most powerful moment I’ve had in all my career which is crazy, because it’s just amateur. But it was special and right then, I knew that that’s what I wanted to do with my life.”

In 2002, Laursen won the King’s Cup Tournament in Thailand, which he calls "another great moment." Before the tournament, Laursen was living in the United States for a few years, but had some trouble getting back into the country due to some issues with his visa. This ultimately resulted in Laursen's return home and a brief retirement, plus some bad habits — what Laursen describes as “becoming a sofa slouch.”

When the opportunity to fight in the King’s Cup arose, Laursen threw himself back into training and ultimately won the tournament in Sanam Luang. After that win, he took his return ticket to Denmark and “ripped it apart,” ready to push his career forward.

Laursen has had some memorable Muay Thai fights, crediting his toughest opponent as Kongnapa, a seven-time Lumpinee champ. That bout took place in Los Angeles, though there was nothing angelic about it. The brutal fight was a back-and-forth war, each fighter dropping his foe, and ultimately resulted in a gnarly concussion for Laursen. “I remember going to sleep that night. I was trying to stay awake as long as I could because I was scared to go to sleep and not wake up, because I had this banging headache.”

His fighting life, however, hasn’t been all highlights; there have certainly been some lows. Close decisions that went the wrong way have come back to haunt Laursen, making him question everything about himself. He recalls a particularly dark time in his career.

“I had lost like five fights in a row. I was like, 'what the fuck is going on? What am I doing? What is this? Am I a fake? I don’t know how to fight anymore?'... I was actually thinking about suicide."”

He took a break from Muay Thai, switching over to MMA to test the waters there. In addition, Laursen focused on his own gyms, called Legacy, located in both Ubon Ratchathani, Thailand and Boracay, Phillipines. Laursen has also released his own brand of fight wear called Groundskillz and, appropriately enough, Blood Sweat Tears.

THE FUTURE ACCORDING TO 'IRON FIST'

"I’m thinking that I was going to retire after this next fight coming up in China,” he says. That fight is to defend a belt he won against Cheick Kone in early 2017. However, is any fighter ever truly done? According to Laursen, it’s a tough call. He says: “I’m looking at these [opponents] and I’m like, 'fuck, I’d whoop their ass!'”

So what’s next for Ole Laursen? He wants to protect his legacy, which he sees as those guys who have been with him for the long haul. He believes it’s “the next generation’s time.” To boost that next generation, Laursen encourages the up-and-coming fighters to visit his gyms. At his gym in northeastern Thailand, far from touristy hot spots, Laursen works to instill the "no frills" combination of hard work and endless determination in his fighters that made him so successful.

“There, it's just training… My gym, my guys - they train hard. They’re determined."